CRG is pleased to announce the polish Maksymilian Obst as a new official driver for the OK-Junior category. for the 2021 karting season. 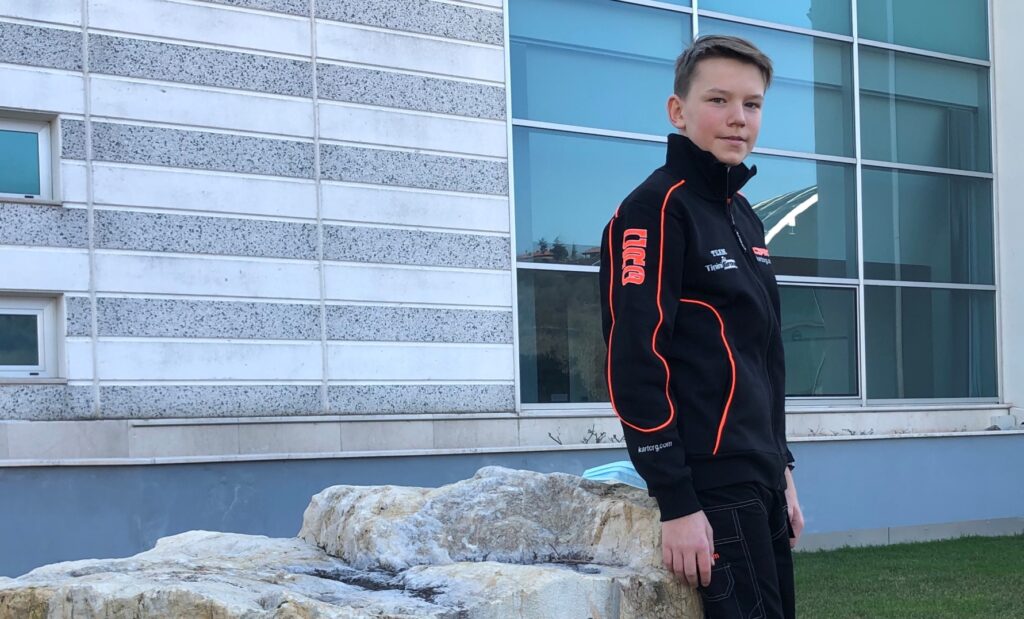 The agreement consists of his participation in all the FIA Karting races, European Championship and World Championship, together with an accessory program, which includes the most important WSK events and the Champions of the Future Series.

Maksymilian was born in Poznan in October 1997 and his experience comes from the Rotax Series where he won the National Title in Poland in 2019, after achieving 4th place in the International Grand Final twice, first in 2017 in Portugal and then in 2018 in Brazil.

In 2020, he moved to the Rotax Junior category and he took part in some OK-Junior tests as well, but the Covid arrival first and an accident later, in which he has suffered the fracture of an arm, compromised his season.

After the Christmas break, he has been able to join the official CRG team for some OK-Junior testing sessions, finding a great feeling, both with the 2021 chassis of the Italian factory, as well as its technical staff. After the test, CRG’s management was also able to examine Maksymilian’s potential for a possible collaboration and it took just a few days for finalizing and then signing a one-year contract, with an option for 2022.

“For me it is a real pleasure to join an important team like CRG, who has given the chance to race and win to many F1 champions, such as my fellow-countryman Robert Kubica”, Maksymilian commented. “Karting in Poland is growing a lot in terms of popularity and I am proud to be able to represent my country in the World Championship and in the most important international events. The feeling with the team has been very good right from the start and now I am looking forward to preparing the first race of the season, which will be the WSK in Adria at the end of February.”