Simo Puhakka (KZ2), Kirill Smal (OK), Alex Powell (OKJ) and Dmitry Matveev (Mini ROK) took pole position in their respective class before the opening Qualifying Heats of the Lonato Winter Cup, on Friday at South Garda Karting. More than 300 drivers from 47 different countries made it to the track for the opening day of the competition celebrating its 25th edition. 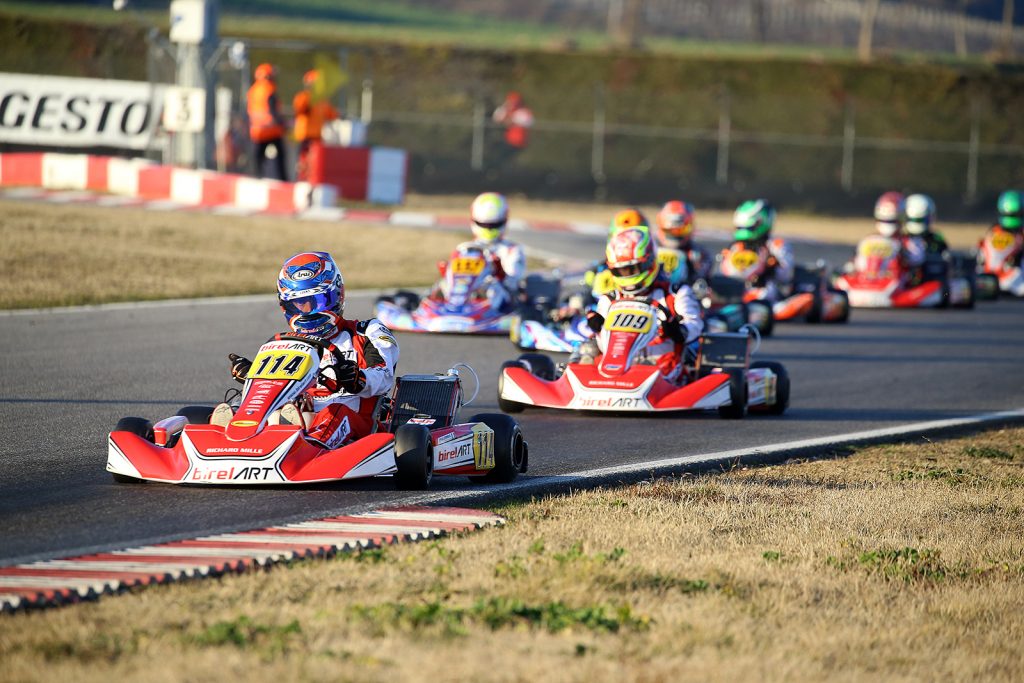 The 25th Winter Cup started on a high at the South Garda Karting of Lonato where more than 300 drivers from a record-breaking 47 countries gathered to compete, proving once again the value of the event as a classic karting race. The long weekend at Lonato started with Qualifying on Friday. The initial heats followed and will continue for the whole Saturday for KZ2 (68 drivers on track), OK (85), OK-Junior (84) and Mini ROK (64). The final stages will take place on Sunday, February 16th, with the closing heats, Super Heats and the Finals for all categories in the afternoon.

Qualifying practice named the early protagonists through three sessions for each class. In KZ2, the Finn Simo Puhakka (Tony Kart/Vortex) posted the fastest time in 46.299 seconds. The Swede Viktor Gustafsson of Team Charles Leclerc by Lennox Racing (Birel ART/TM) was the best of the second session in 46.522s, while the Italian Giuseppe Palomba (Birel ART/TM) was the quickest in the third session in 46.400s.

The quickest in OK was the Russian Kirill Smal (Energy/TM) in 47.352 seconds. He led his teammate from Holland Robert De Haan, who was the fastest man in the second session in 47.647s, and the Brit Joseph Turney (Tony Kart/Vortex) who clinched the fastest lap in the opening series.

The OK-Junior category features lots of drivers stepping up from Mini. The Jamaican Alex Powell (Energy/TM) put in a great performance in 47.818 seconds, followed by the Norwegian Martinius Stenshorne (KR/IAME), the fastest of the second session in 47.845s, and the Pole Tymoteusz Kucharczyk (RK/TM) who topped the first session in 48.118s.

The Russian Dmitry Matveev (Energy/Vortex) confirmed his pace in Mini ROK in 55.027 seconds, leading United Arab Emirates’ driver Rashid Al Dhaheri (Parolin/Vortex) who lapped quicker than the rest in the first session in 55.205s, and the Hungarian Adam Hideg (Parolin/Vortex) ahead in the second session in 55.346s.