South Garda Karting celebrates in 2020 the 25th edition of its most prestigious racing event, the Winter Cup, starting today with Free Practice until February 16th on the celebrated track of Lonato. Great participation is expected with more than 300 drivers competing in KZ2, OK, OK-Junior and Mini ROK. Find below all the useful information you need. 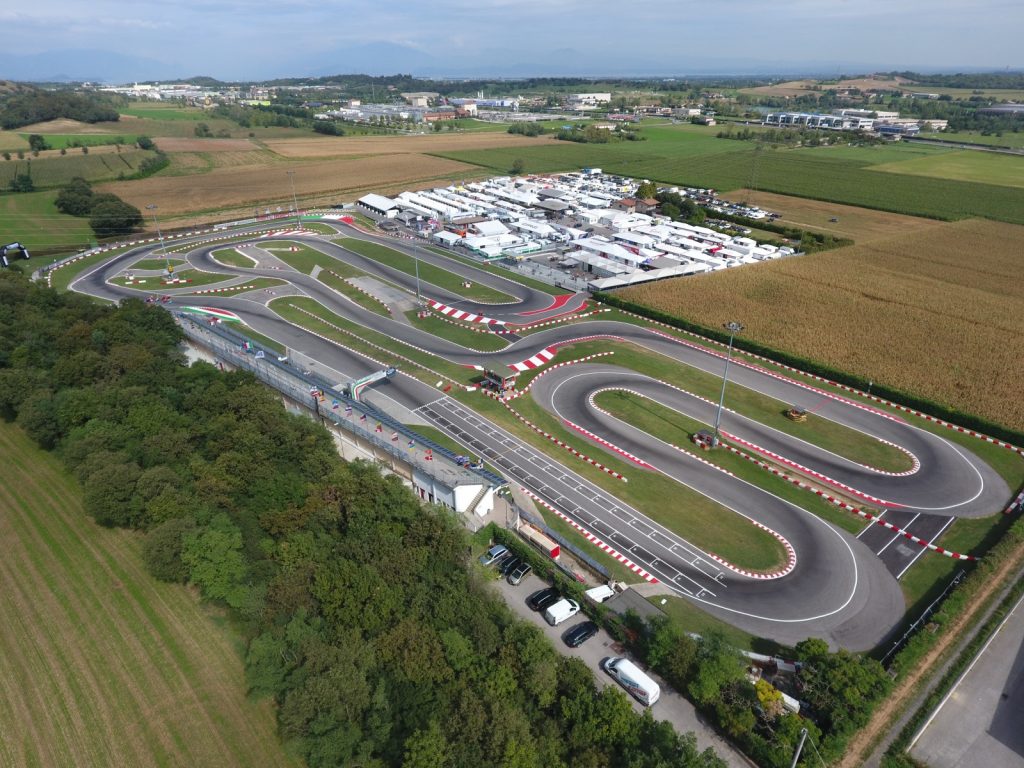 The four categories KZ2, OK, OK-Junior and Mini ROK are featured in an important entry list marking yet another attending record of 305 participants for the competition that has become a classic for many kart racers around the world for the past quarter of a century.

A lot of champions took part in this race over the years, starting from 1996 when the first edition was won by Antonio Liuzzi in 100 ICA. Among those that climbed up the motorsport ladder, Jenson Button came second in 100 Formula Super A in 1987, Robert Kubica was third in 100 Junior in 1999, Daniil Kvyat won KF3 in 2009, Max Verstappen was second in the same class in 2010 leading Alexander Albon. The Dutch driver was also present in 2011 taking second again in KF3 before winning KF2 in 2012.

South Garda, nicknamed “the Temple of Karting”, is one of the most celebrated karting tracks in the world. Surrounded by some of the biggest factories in the business, the track has been hosting many international competitions since its foundation back in 1988, such as the Winter Cup, ROK Cup Superfinal, rounds of the FIA Karting European Championship or the World Championship itself, the most recent case in last September.

Made of 14 corners spread over 1200 meters, South Garda has been specifically designed to deliver strong emotions not only to drivers but also to fans who can gather around the layout as well as in the main grandstand to watch the action up close.

Birel Art will run full ranks with 2019 KZ World Vice-Champion Riccardo Longhi and other top drivers in the likes of Alex Irlando and Giuseppe Palomba. Tony Kart Racing Team will be led by Simo Puhakka and Alessio Piccini. Sodikart will field an impressive line-up within CPB Sport along with its official factory team represented by Adrien Renaudin.

The new Charles Leclerc by Lennox Racing Team will see the debut of Matteo Viganò, as the official teams CRG, Maranello Kart and Drago Racing. Some other strong drivers will be present like William Lanzeni with Vemme Kart, Kristijan Habulin with TB Kart, Francesco Celenta with Praga Racing Team, Jérémy Iglésias with Formula K, and Alexander Dahlberg with Energy Corse.

Kirill Smal and Robert De Haan are to be kept under close watch with Energy Corse, just like Dilano Van’t Hoff and Forza Racing. Andrea Kimi Antonelli will compete for KR Motorsport and Taylor Barnard as Rosberg Racing Academy’s standard-bearer.