Mark Kimber took his first victory in this year’s IAME X30 Euro Series this Sunday in a hard-fought Senior Final that the British driver won ahead of his teammates Mathilda Olsson and Jordan Brown-Nutley on the Pro Kart Raceland of Wackersdorf. 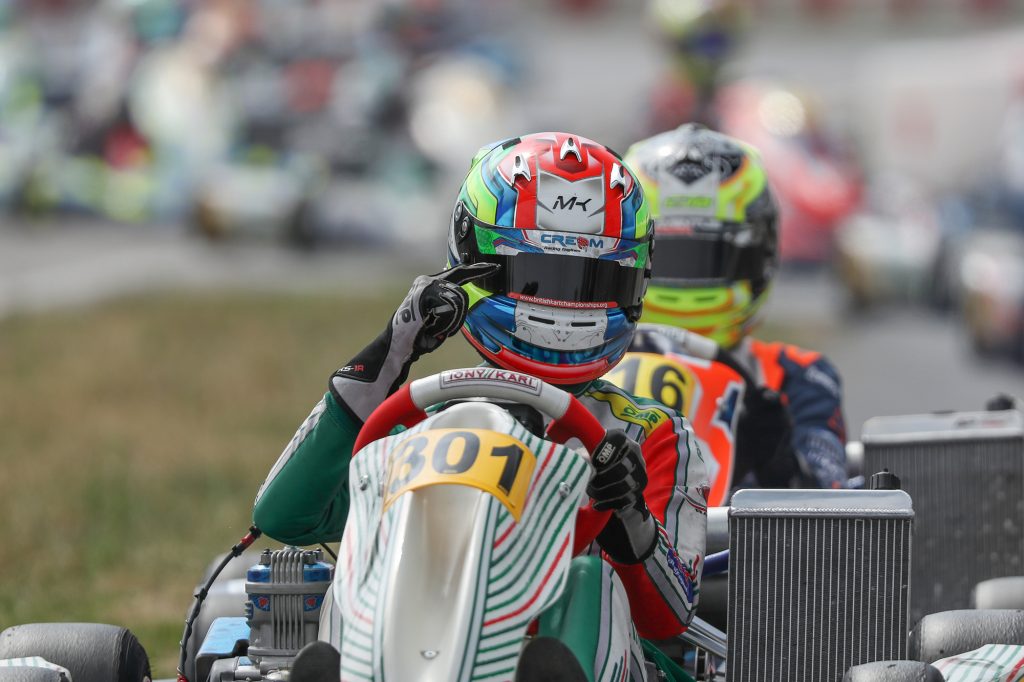 Mark Kimber (Strawberry Racing) took advantage of his Pole position to jump ahead of the Senior field at lights out with Jordan Brown-Nutley (Strawberry Racing) and Hannes Morin (Dan Holland Racing) behind. Further back, Joey Van Splunteren (Evolution) faced trouble in the opening laps and was forced to retire.

In the lead, Kimber set the pace during the majority of the race with Morin going past Brown-Nutley for second place a handful of laps from the finish. But it wasn’t over yet as Lewis Gilbert (Persistence Motor Sport), fighting his way through the field from 15th on the grid, made the connection with the leading trio two laps from the flag. In one corner, the Brit went past both Brown-Nutley and Morin round the inside and started charging Kimber for the win. The latter eventually kept his rival in his mirrors for a mere 0.056 second-gap on the finish line!

Kimber made the best operation of the weekend ahead of his teammate Mathilda Olsson (Strawberry Racing), who had successfully gone past Morin for third place in the penultimate lap before she was given second place after Gilbert was penalized with five seconds (front fairing) and felt down to 15th overall.

In the class standings, Mark Kimber has taken the overall lead with 239 points in front of Jordan Brown-Nutley, at 214, and Callum Bradshaw, with 211, falling down to third one round from the end of the Competition.

The fourth and last round of the 2019 IAME X30 Euro Series will take place on the Circuit International de Salbris, in France, from August 28th to September 1st. An event to follow on The RaceBox!