Oliver Gray emerged victorious in the Junior class after a thrilling 15 lap-Final where the winner’s trophy swapped from hand to hand multiple times on the Pro Kart Raceland of Wackersdorf which hosted the Third Round of the IAME X30 Euro Series! 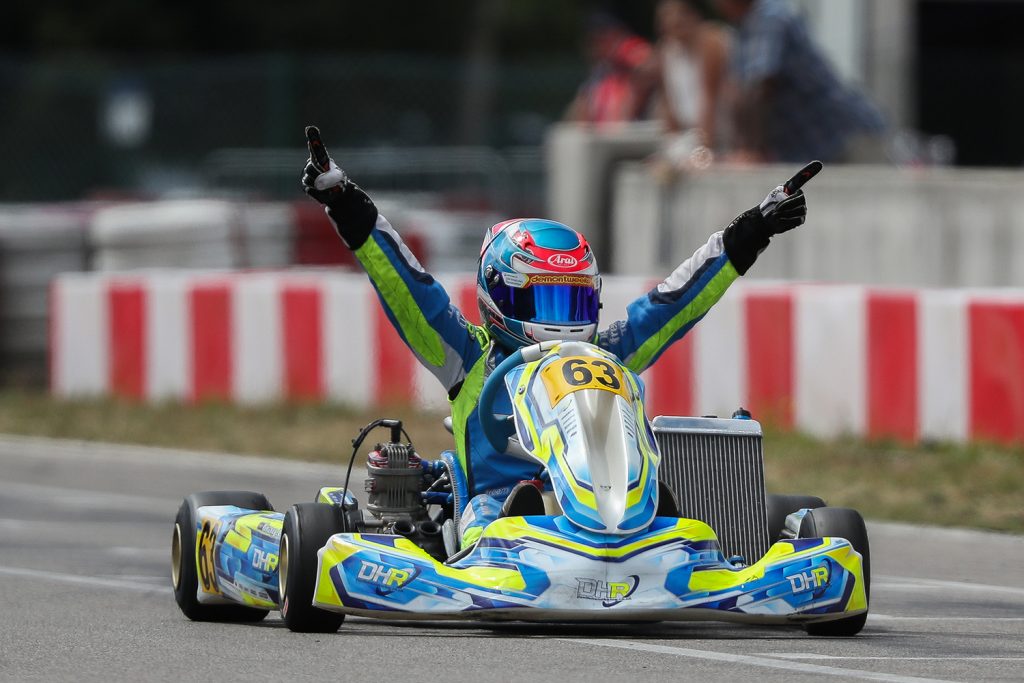 At lights out, Oliver Bearman stole the leading spot from the Polesitter, and Prefinal winner, Oliver Gray (DHR) on their way to the first corner where a contact precipitated Cian Shields (Strawberry Racing) to early retirement. The battle for the highest places launched in the opening lap where Joseph Taylor (Strawberry Racing) made his move on Gray for the second position. As the leading trio quickly built a gap with the rest of the field, the fight between Gray and Taylor went on behind Bearman holding the lead.

Approaching the halfway mark of the race, the order on top changed when Taylor went past Bearman with Gray diving into the open door for the second place! Disaster struck a couple of laps later for Bearman when contact with a charging Jason Leung (KR Sport) made him lose precious ground down to 6th, Leung falling to 10th. The battle for the win took another decisive turn on Lap 13 when Gray overtook Taylor around the outside of the first corner, allowing a recovering Bearman to reduce the gap on his countryman until the final lap when the two hit each other and both lost the podium!

Despite his setback, Oliver Bearman still holds the lead in the class standings with 244 points, 23 more than Oliver Gray who has 221 with Marcus Luzio in third position at 205.

The fourth and last round of the 2019 IAME X30 Euro Series will take place on the Circuit International de Salbris, in France, from August 28th to September 1st. An event to follow on The RaceBox!