After two days marked by light and heavy showers and a slippery track, the 2019 FIA ​​Karting World Championship – OK and Junior was bathed in sunny weather on Friday 6th September. The battle was very tight during the Qualifying Practices between the 88 OK Drivers, as well as between the 104 participants in OK-Junior. Gabriele Mini’ was finally the fastest in the top class, while Nikita Bedrin took 1st place in Junior. 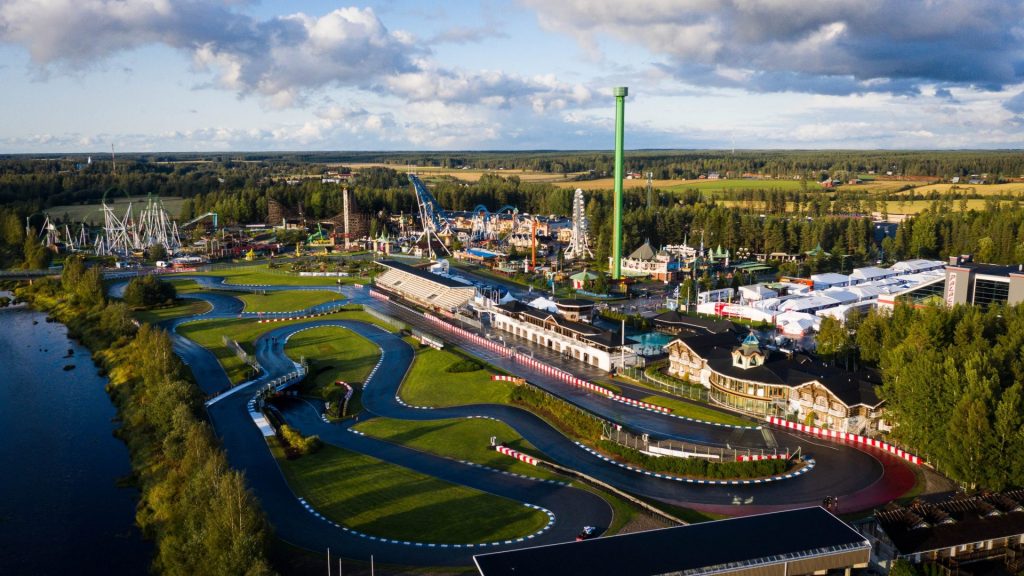 With a total field of 192 Drivers, the 2019 FIA ​​Karting World Championship – OK/Junior looks outstanding. Finland has taken great care in organizing the major Competition of the karting season over the 1200m of the fast and spectacular track of the Powerpark Circuit in Alahärmä.

The hierarchy was not easy to determine in Free Practice as the track dried out after a wet night and the Qualifying Practices, particularly important at this circuit, progressively revealed the names of the most successful Drivers over the four sessions in each category, which were alternated during late afternoon.

The differences were not significant between the different groups, although each time pole position was achieved in the fourth and final session. The temperature remained stable between 14 and 15°C.

OK: Mini’ takes the pole in the last moments

Joshua Dufek (KR/IAME) was the fastest in the first session with a lap of 43”211 ahead of Joseph Turney (Tony Kart/Vortex) and Lorenzo Travisanutto (KR/IAME), the defending champion. Kirill Smal (Tony Kart/Vortex) competed against Ben Dörr (KR/IAME), who was particularly efficient, before finishing at the top of the second session thanks to his time of 43”244, which gave him a lead of five thousandths.

Taylor Barnard (KT/IAME) followed in 3rd position by less than 4 hundredths. Dilano Vant’hoff (Exprit/TM) took the lead several times in the third session and finished with a time of 43”281, ahead of Hugo Sasse (KR/IAME) and Lorenzo Patrese (KR/IAME).) Juho Valtanen (Redspeed/IAME) was very convincing in the fourth session, but Gabriele Mini’ (Parolin/TM) managed to overtake him by seven thousandths to finish with the Pole position of the category: 43”170. Nikolas Pirttilahti (KR/IAME) finished in 3rd place.

Behind the poleman Mini’, Valtanen took 2nd place overall ahead of Dufek, while Pirttilahti and Smal were in the top five ahead of Dörr in 6th, Barnard 7th, Vant’hoff 8th, Beganovic 9th, and Vieira Galli 10th.

The first Qualifying Heat of the OK class will start this Saturday at 10:45.

Ugo Ugochukwu (FA Kart/Vortex) opened the debates with the fastest lap of the first round of Junior Qualifying Practice – 45”061 – ahead of Cristian Bertuca (Birel ART/TM) and Macéo Capietto (KR/IAME). Rafael Chaves Camara (Exprit/TM) improved to 44”878 in the second session against Thomas Ten Brinke (FA Kart/Vortex) and Andrea Kimi Antonelli (KR/IAME).

Jamie Day (Exprit/Vortex) was unable to match these performances with his 45”124 lap in the third session, followed by Markus Kajak (Tony Kart/Vortex) and Maxwell Dodds (KR/IAME). Nikita Bedrin (Tony Kart/Vortex) took advantage of the very last lap of the fourth session to post a 44”824 lap to give him Pole position, while Josep M Marti Sobrepera (Tony Kart/Vortex) followed close behind and Arvid Lindblad (Exprit/TM) finished 3rd.

The opening Qualifying Heat of the Junior class will start this Saturday at 09:45.

Like for every event in the FIA Karting calendar, The Racebox provides you with a special page featuring live timing and live streaming plus our daily reports and social publications to keep you up to date with the results and info from Finland!