The CRG official team is ready to take the field on the Mika Salo circuit in Finland, with Hiltbrand, Bortoleto and Galli in OK, and the new entries Gallo and Hakalehto in OK-Junior. 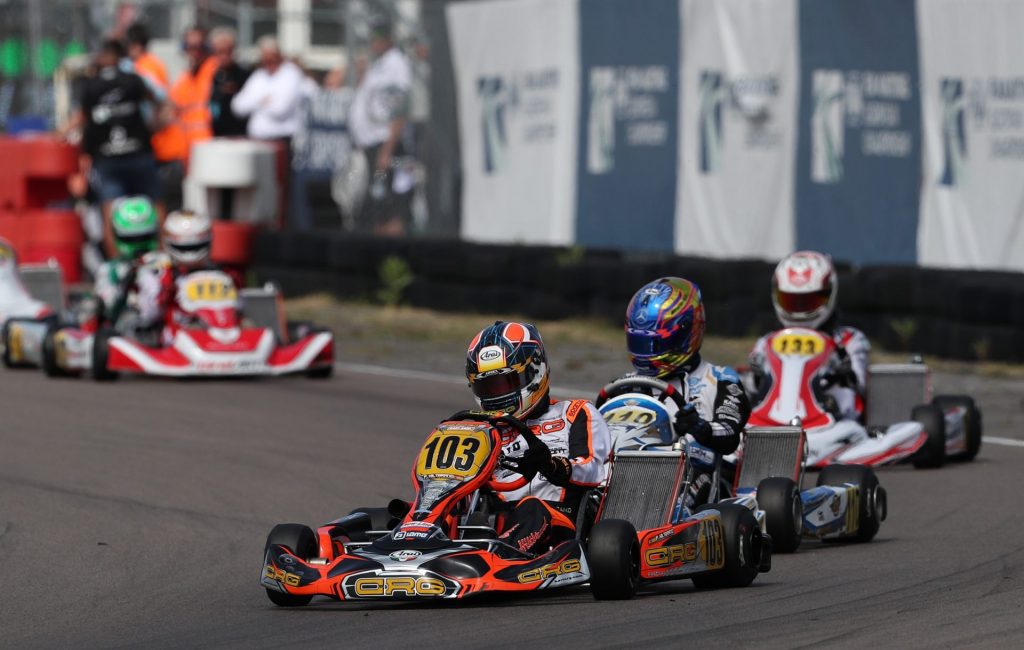 These two FIA Championships are the full expression of this sport at a worldwide level with the participation of the most important factories, most competitive teams and most ambitious drivers for a future as professionals in motorsport.

The first of these two meetings is scheduled on the Mika Salo circuit in Alähärma this weekend for the two direct-drive OK and OK-Junior categories where over 200 drivers (91 in OK and 113 in Junior) will race on the characteristic Finnish track featuring a 1.200 metre-long layout.

The CRG official team will line up Pedro Hiltbrand, Gabriel Bortoleto and Olin Vieira Galli in OK, and Paolo Gallo and the Finnish Aatu Hakalehto in OK-Junior.

The recent European Championship highlighted the CRG drivers’ great competitiveness, proved also by the latest tests at the end of August. The drivers’ ambitions are high in both classes and the entire racing team worked hard to play the protagonist role on track.

Gabriel Bortoleto (OK): “The World Championship is the most important race of the season and our goal is making the most of the work done during the year. We made some positive tests on this track and we’ll be competitive for sure. I am concentrated and prepared for this race that will probably be the last one in OK for me before following with experience in KZ2 and then move to car races. I have come a long way with CRG, full of successes: from the Mini until now always together. I would really like to make a good result this weekend, both for my karting record of achievements and for the excellent that the team made with me.”

Pedro Hiltbrand (OK): “We have the technical potential and the experience to play a lead role this weekend. We reached an excellent performance level with our IAME engine, introducing several evolutions during the season. At last week’s tests, our chassis adapted very well to the track’s features too. There will be many drivers able to win and we’ll have to look after every technical detail during all the stages of the race, but we have a good feeling and I’m sure we’ll make an excellent race.”

Like for every event in the FIA Karting calendar, The Racebox provides you with a special page featuring live timing and live streaming plus our daily reports and social publications to keep you up to date with the results and info from Alahärmä!

Read our special Guide of the competition!