The Tony Kart Racing Team is taking part in the 2019 edition of the FIA Karting World Championship – OK/Junior with great enthusiasm and full confidence, this weekend on the circuit of Alahärmä, in Finland, where all the best drivers and manufacturers are going to fight for the most prestigious title. 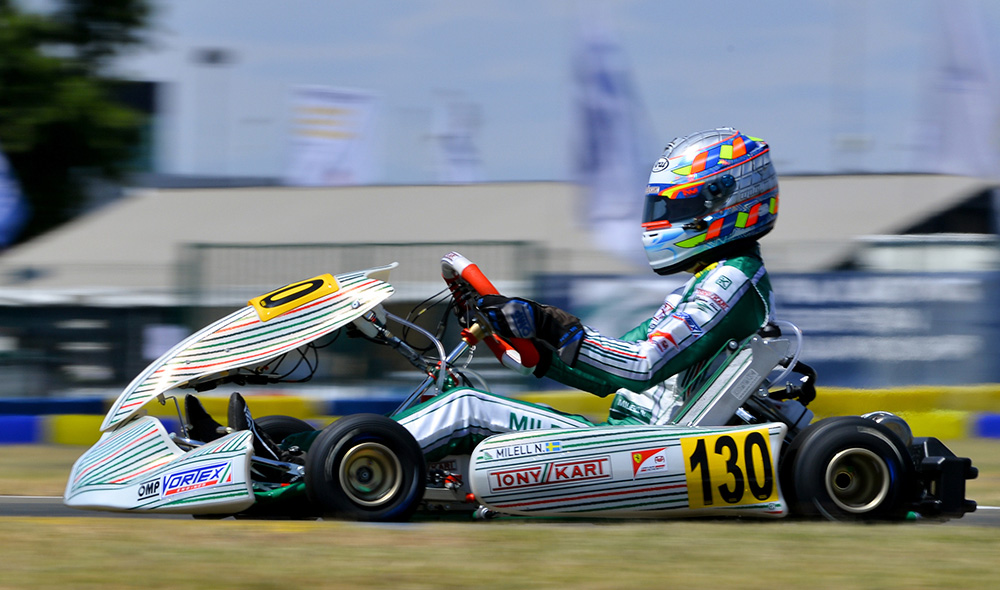 As Summer heads towards its end, it’s time to turn on the engines for the highlights of the international karting season. The first one is scheduled for this weekend at the Powerpark Circuit of Alahärmä, in Finland, where the FIA Karting World Championship titles for the OK and OK-Junior classes will be awarded. The Tony Kart Racing Team took advantage of the weeks before the event to better prepare and develop the well-tested Tony Kart Racer 401 R – Vortex couple. Our goal is to maximize the already excellent performances that have allowed us to gain important results during the first part of the season.

In Junior, the Italian team lines up two drivers who have been among the protagonists of 2019: Nikita Bedrin and Josep Maria Martì. These standard-bearers have always proved to be very fast and determined and have all the right skills to do well in the World Championship round.

In OK, the trend of the season has been growing so far and our drivers are willing to prove their potential by aiming at prestigious results. Joseph Turney was one of the fastest and most constant drivers in the Kristianstad Round of the FIA Karting European Championship and confirmed himself in the next stage of Le Mans: with these bases, there is no doubt that his name could be among the circle of those ready to play for world podium positions.

With Joseph, his teammates are Sebastian Montoya, also back from a great weekend in Le Mans, Noah Milell, Matheus Morgatto and Ryan Mingyang Li, who will be able to put to good use what he learned during the season fighting against the expert drivers of the OK category.

Like for every event in the FIA Karting calendar, The Racebox provides you with a special page featuring live timing and live streaming plus our daily reports and social publications to keep you up to date with the results and info from Alahärmä!

Read our special Guide of the competition!