The European Championship race at Sarno for the OK and OK-Junior categories had started well for the Birel ART brand, with a promising Qualifying and several drivers at the front of the field. Unfortunately, there were many collisions in the hot weather near Naples. The hopes of the Birel ART Racing Team were dashed throughout the Heats and Finals, to the great regret of the whole team, although they are already focused on the upcoming competitions. 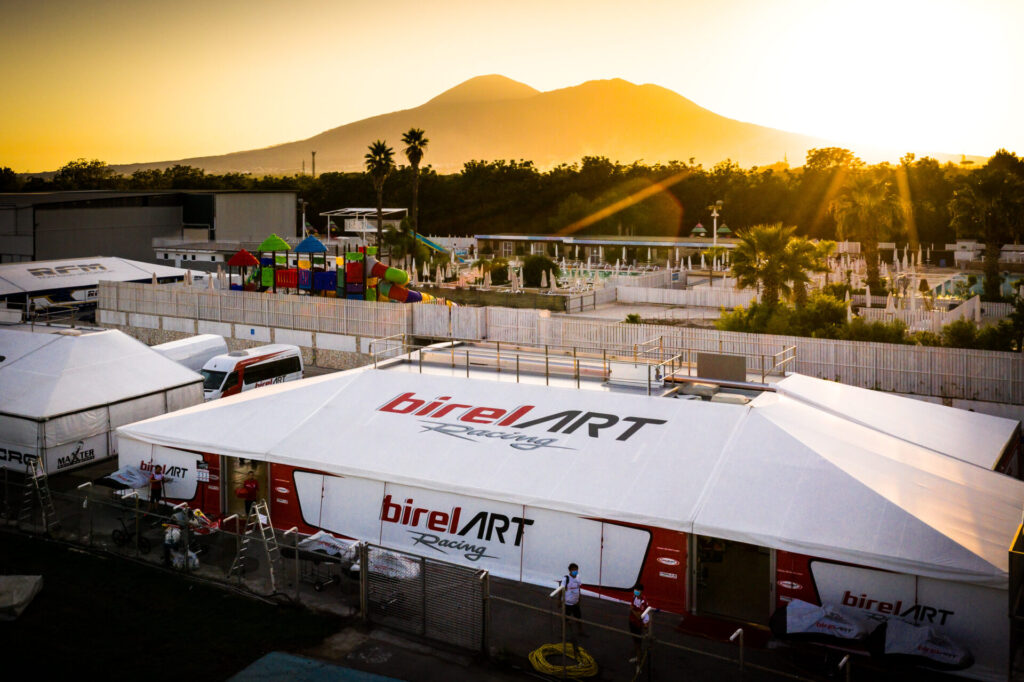 On Sunday evening, team manager Luca Filini couldn’t hide his disappointment. “We were really happy with the performance of our drivers in Free Practice, especially in OK. This was confirmed in Timed Practice, with four Birel ART chassis in the top 10! Alexander Dunne was 6th ahead of Maya Weug out of a total of 56 drivers, while the Leclerc by Lennox Racing Team, our neighbors in the paddock, also placed several drivers at the top of the table.”

“Our chassis was very competitive! However, the incidents started to take effect and our drivers dropped down the hierarchy. And in the Final, we hoped that they would be able to come back up, but it didn’t end as we would have liked. After our victory in Adria the week before, the races are following in quick succession and they don’t look alike, unfortunately.”

Another top 10 for Kucharczyk

Tymoteusz Kucharczyk continues to put on a great show in OK-Junior. Contrary to several other drivers, the Pole managed a clear round in the Heats, moving up from 20th to fifth position, thanks to third, fourth, second and fourth places. Unfortunately, from the very first laps of the Final, he was jostled and fell in the hierarchy. Ranked sixth in Spain three weeks earlier, this time he had to be satisfied with 10th place, but he remains a solid ninth in the provisional Championship.

Starting 16th in the Final, the Italian Cristian Bertuca had a good start and could hope to score some points, before having to retire. The weekend was even more difficult for his compatriot Andrea Frassineti.

OK: Morgatto competitive for his debut with Birel ART

However, nobody gave up, starting with Morgatto, who crossed the finish line of the Final in 11th position, after having started 16th. In Sarno, the Italian team was able to celebrate the progress of British driver Clayton Ravenscroft. Serious and efficient in the heats, he went from 20th to 16th place during the Final.

A spoiler penalty pushed Alexander Dunne back to 22nd position. As for Maya Weug, she was very disappointed to have been involved in a collision shortly after the start. The best result of the Birel ART-TM Racing teams finally went to Dutch driver Laurens Van Hoepen (with the Leclerc by Lennox Racing team), who was ninth.