Following a couple of impressive seasons in karting, Belgium’s Ulysse De Pauw took things a step further by entering the 2018 Formula 4 French Championship with the support of the RACB (Royal Automobile Club of Belgium). At the end of his maiden season in the category, we met the ambitious young man to talk about his first steps in single-seaters and bring back good memories from his karting days. 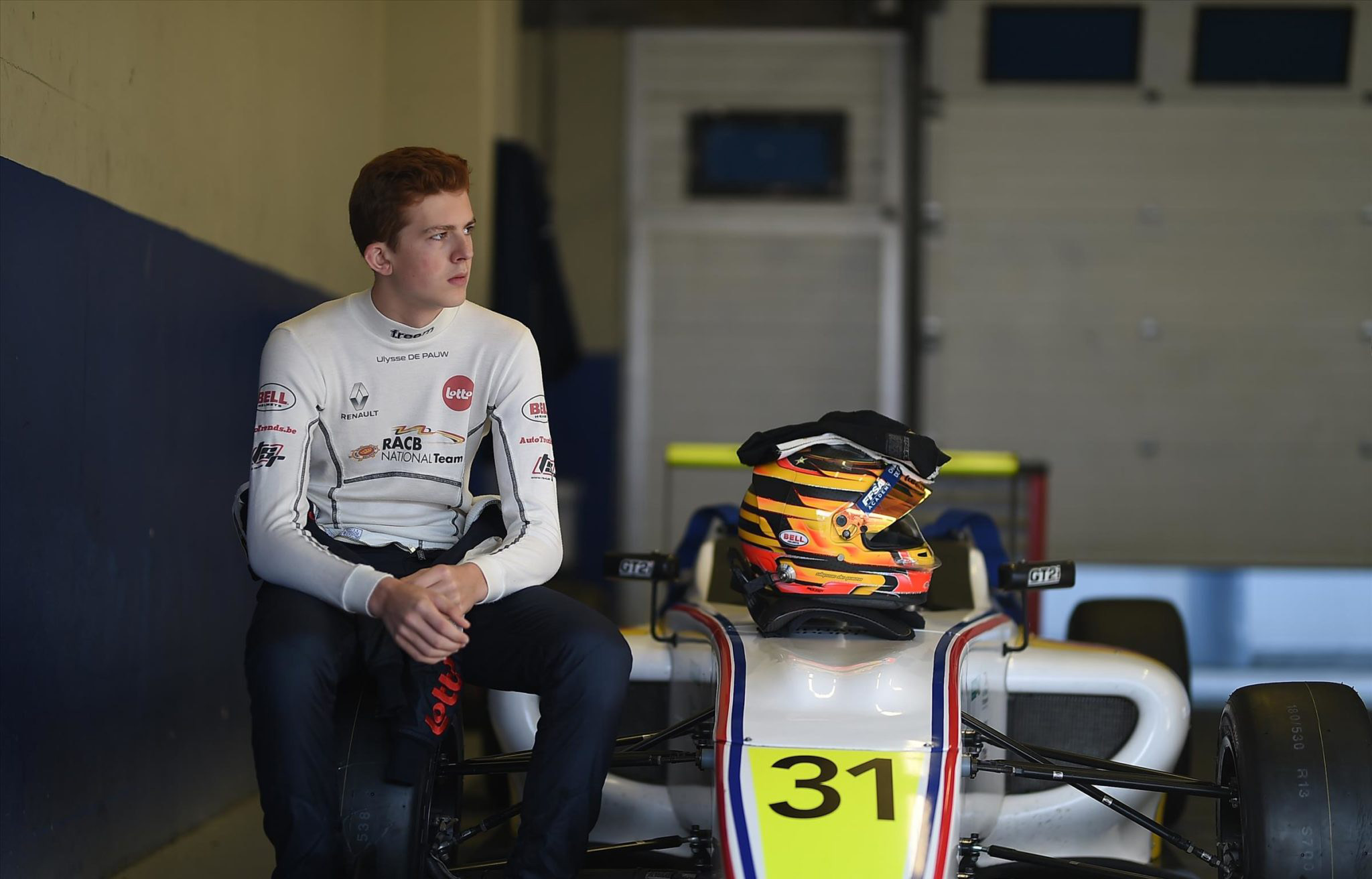 With 21 races through seven rounds across France (at the exception of Spa-Francorchamps, in Belgium, and Jerez De La Frontera, in Spain), Ulysse de Pauw has been rather busy in 2018 for his first participation in the F4 French Series run by the FFSA (for Fédération Française de Automobile).

A challenging experience that turned out to be positive for the young Belgian as he positioned himself as one of the fastest newcomers to fight for the crown against the like of Caio Collet, this year’s champion, Théo Pourchaire, crowned in the Junior class, and his fellow countryman Ugo De Wilde. With a fifth-place overall and a third in the FIA rankings, De Pauw can be satisfied with his global level even though he feels that the Vice-champion spot could have been up for grab without some late troubles.

“I had some regrets at the end of the season,” he acknowledges. “Heading to the final part of the championship, I knew it wasn’t going to be possible to clinch the title as the leader [Collet, ed.] was too far ahead in the rankings. But behind him, it was still very tight between the drivers from second to sixth position. At Paul-Ricard, I was left with a bittersweet feeling, as I couldn’t fight as much as I would have hoped for.”

The French track, located not far from the Cote d’Azur, was the host of the seventh and last round of this year’s national championship. With the revelation Collet almost certain to secure the title, all eyes turned to the battle for the top positions with De Pauw and De Wilde among the main contenders, split by just a few points. A thin advantage that melted like ice in the sunlight for the former who went through a troublesome weekend. “We had some issues with the car and I was nowhere near my rivals in free practice, almost two seconds off the pace!,” De Pauw recalls. “It felt weird because I had previously shown progression, we knew the track and I can’t recall a time in the season when I was that far off. Also, we did the free practice using the tires from the previous round, so this wasn’t very much useful.”

“Then, in qualifying, I was four seconds faster and set the fourth-best lap time, like day and night!” he pursues. “It was a good starting position but all my rivals for the Vice-champion title surrounded me! Sometimes, you have external drivers mixing up the cards in the upper grid. This time, no one! Unfortunately, I suffered from understeer in the race and couldn’t keep enough pace in the ‘Mistral’ straight line. The most frustrating thing is that we never really put the finger on the issue and I got stuck, being past and not able to fight back.”

A deception that didn’t really reflect his first season in single-seaters that he concluded with five podiums including a win. But what is even more impressive is a consistency that saw him score points at every single of the 21 races in the calendar. A performance that no other driver was able to match in 2018. “Despite a difficult start of the season, overall, it has been very positive,” he commentates. “I had a good preparation but the previous winter had been terrible, it rained all the time. So, I barely practiced in dry conditions. But it didn’t prevent me from almost clinching pole position at the first race in Nogaro!”

Terrible weather wasn’t the only challenge to deal with. Coming straight from karting, where he had competed during a good number of years on a national and international level, De Pauw had found himself in a completely different environment. “Unlike with your kart that you get used to over the years, this was completely new and it took me some time as you have to learn many things like the distance between the cars on the track, which are slightly different,” he explains. “In Nogaro [first race of the year, ed.], overtaking wasn’t evident and you always need some time to learn those new parameters. I think the season’s click came at Spa [early June, ed.] where I felt very comfortable in everything I was doing. I think I showed my regularity. I haven’t done too many mistakes or caused problems on the track and I feel like I’ve built up my confidence quite quickly.”

A pure product of karting, Ulysse never loses an occasion to get back behind the wheel, as he did for the final round of the IAME Series Belgium in Mariembourg, at the end of October. “It was a nice challenge,” he remembers. “I had nothing on my agenda and felt like doing some karting again. I was fast in practice and qualifying [he secured Pole position in the X30 Senior class, ed.] but missed a little something with the set-up for the races [third overall, ed.].“

“I’ve done Karting for so many years, it will always be part of my life,” he adds. “I still remember well my first year in competition at the age of 7-8 years old. Obviously, for any youngster, karting is the primary base to start learning. It teaches you how to catch the best lines, how to overtake. This is the purest base in terms of driving. Then, if you get to drive cars, things change but what you have learned is still there to help you. There’s no better place to learn t karting.”

Now that the season has ended, comes the time to think about what to do next. “For next year, the goal is to keep competing in single-seater but there’s nothing decided for the moment [when this interview took place, ed.], De Pauw says. “We are currently working on getting some sponsorship and I feel confident. But I won’t do another year in the French F4. I feel like it’s more logical to try to climb the ladder or at least try another series.”

“The German F4 championship, for instance, appears to be an interesting choice,” he adds. “I’ve also heard about this new regional F3 competition but it remains a bit vague and would require a very big budget because the car will be brand new and most of the teams will need to do lots of practice with it. But I’d rather go for the German F4 which is, to me, a bigger and more interesting step. Also, I would have the opportunity to work within a real team, something that wasn’t part of the French series.”

Categories: Special, From Karting to...