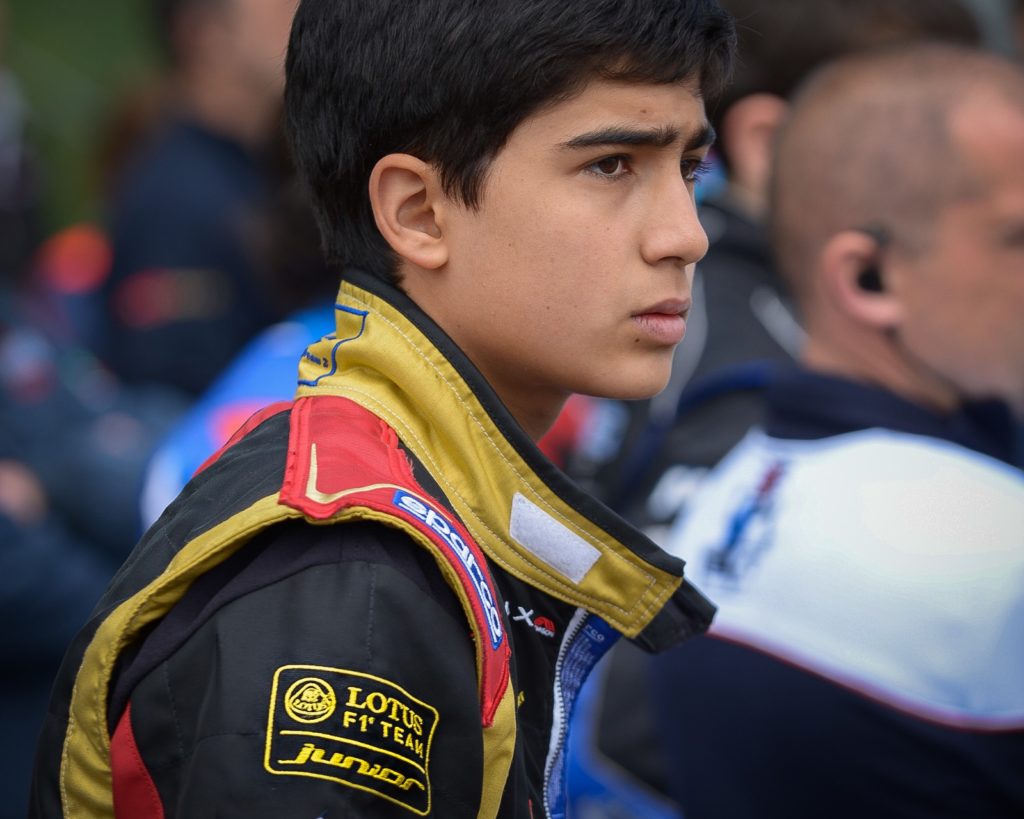 In a recent statement, the Renault Academy’s Chief, Malaysia’s Mia Sharizman, has given an interesting insight about the sort of commitments expected from learning-drivers, apart from the usual on-track duties. He also announced that progress had been made last season by its current class of affiliated-drivers on the way to their prime objective: having a junior name on the Formula 1 grid in 2021.

“We’re making small steps and, at this stage, we are meeting our targets”, declared Sharizman. “Drivers are beginning to prominent roles within the team and this will continue to grow. Title wins are of course the better moments for young drivers, their teams and for us as a development programme. It’s not always just about winning titles, though, but also the manner in the way they are won.”

We asked the opinion of a young racing driver in Juan Manuel Correa. The Ecuadorian-American, aged 19, knows a thing or two about expectations since he spent two years (2014-2015) in the Lotus F1 Team Junior Driver Programme. A promotion that came along after his win at the Rotax Max Challenge Grand Finals (125 Junior) in New Orleans in 2013.

“Consistency and quality are two of the key elements to build a strong championship run”, he says. “It’s not the same to win a competition in a category where one team has a definitely stronger car than all the others and where maybe the level of drivers is not that great. Compared to a championship that is fought throughout the whole year with strong opponents.”

In his statement, Mia Sharizman goes further in describing the way the Renault Academy scrutinizes its drivers, and not only on the track: “There are moments – sometimes away from the track – where you see the necessary characteristics required to go all the way within a driver: ruthlessness, a champion attitude, teamwork, and hunger.”

“On a personal level, it is the way in which my parents, especially my dad, brought me up,” comments Correa.”Throughout the years, as you gain more experience, you kind of realize by yourself what it takes just by examining the qualities of drivers that make it far, and what they have in common. I think these qualities are also something that someone either has or doesn’t.”

During his time with the Junior Programme, before Renault shut it down when they reentered F1 as a full-time manufacturer from 2016, Correa learned what it takes to reach the top level. “Obviously, you were expected to perform,” he explains. “You had to be professional and very committed to the programme, as well as behave yourself because you were representing an F1 team. They were also very attentive to the way a driver progressed. If you weren’t progressing, then you would probably have not lasted very long.”

A similar experience shared, a few years before, by the new 2019 Toro Rosso F1 driver Alex Albon, who was recruited by Red Bull’s Junior Driver Programme when competing in karting before making the jump to single-seaters, as he reveals in an exclusive interview to be published soon on this website. “They [Red Bull, ed.] gave me that opportunity to deliver but still by letting me free and learn from my mistakes,” he recalls. “It comes as no secret that it is a harsh world and they put you in a position where they know you’ll be naturally under pressure. One of their aims is to see how the driver is able to react in those conditions. It’s very character building, especially in karting when you have your family around but you still have to focus on your performance. And when you don’t deliver it, Red Bull calls you and ask why, so that’s something you have to deal with.”

One of the most crucial aspects of the training is the physical, something the Belgian Gwen Lagrue (at the time Head of the Lotus F1 Team Junior Driver Programme before moving to Mercedes where he occupies the same post to this day) was particularly adamant on.“We had around five ‘training camps’ at the Lotus factory during the year,” Correa explains. “There, we would train with their driving performance coaches, as well as do individual physical tests and evaluations. We also had a training program which was not awfully specific but we were definitely expected to do the job and improve our own physical benchmarks every time we were back at the factory for evaluations. In order to achieve that, we had to stay in shape and keep our target weight. The smaller drivers are always at an advantage. I’ve always been one of the taller ones, which means I basically live my life always thinking about my weight.”

Another aspect not to be underestimated by a learning-driver is his ability to communicate, by himself or via his team, as the attention from the media and solicitations from journalists tend to increase with each level of racing. “We did a few media training, but more importantly we learned just from all the actual media events we had to do as well as from the older drivers in the programme,” recalls Correa.

Being part of a junior program means being in a competitive environment all the time, characterized by the need to learn quickly. And for a young driver, that can easily translate into a certain amount of pressure. “I feel, that every year, the pressure gets bigger,” confirms the Jenzer Motorsport driver. “Especially as you go up the ladder, and also when you begin to make a name for yourself because people have more expectations from you. But I have learned to manage the pressure much better over the years, and I probably get less nervous before a race now, than I did at the time of Lotus Programme. It’s all a matter of realizing that no matter how much or how little pressure you have, the job you have to do is always the same: reaching 100%. Not more and not less. Once you are able to convince yourself of this, an increased amount of pressure will affect you less.”

After competing in Formula 4 and GP3 Series for the last three seasons with five race wins along the way, it might be time to try something new for the 19-year-old Ecuadorian-American driver.“Yes, I recently had a great first experience driving an F2 car and considering how well the tests went [setting up the fastest lap during the second day of post-season testing at Yas Marina for Charouz Racing System, ed.], it probably won’t be my last for too long. I can’t confirm anything yet, but things are looking very good for this coming season.”

Finally, what would be his piece of advice to any young driver willing to meet one management’s expectations? “Get results, win races, win championships, but also be nice and kind outside the track. The racing world is very small, you never know who could help you tomorrow or who you will cross paths with in the future. So, the more connections you have, the better it is.”