Joseph Turney stepped on the podium’s third place at the first round of the WSK Open Cup last weekend at South Garda Karting where the Tony Kart Racing Team introduced a revised line-up of drivers. 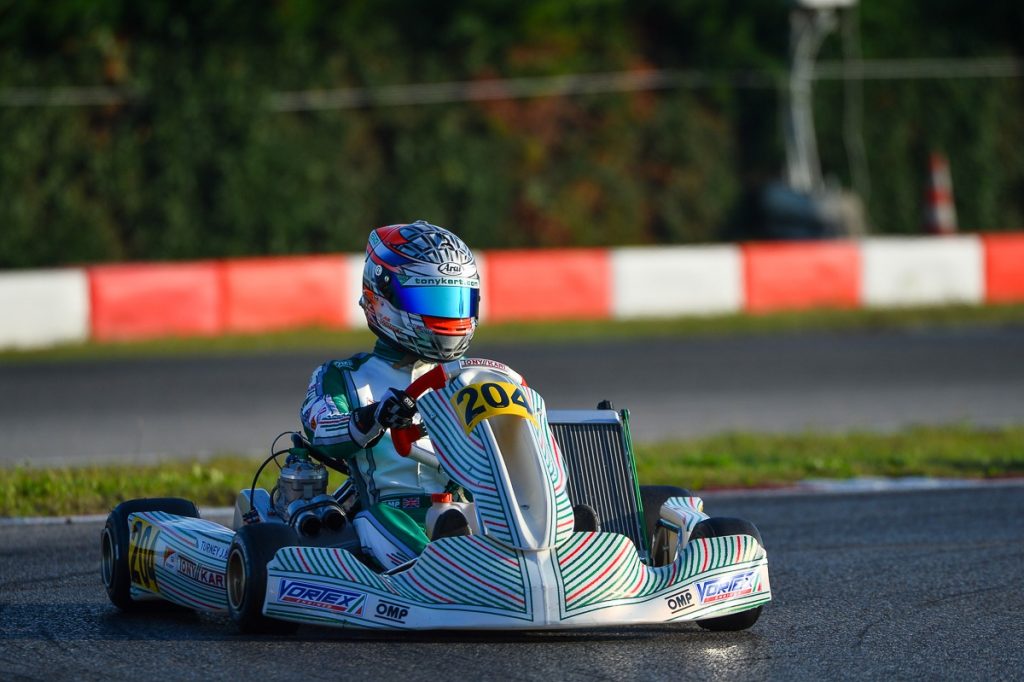 The Tony Kart Racing Team drivers were among the protagonists of the exciting first round of the WSK Open Cup that unfolded on the South Garda Karting of Lonato.

With the third step of the podium conquered in OK, Joseph Turney proved once again his excellent performance level. After claiming two heat wins and winning the Prefinal B while taking the best lap, the Englishman recovered to the third position in the decisive race ahead of his new teammate Pedro Hiltbrand who crossed the finish line in fourth. The Spaniard did very well at the wheel for the weekend of his return amongst the Italian Team. Additionally to his fourth place in the Final and a third in the Prefinal, he also took second, third and fourth places in the Qualifying Heats.

Unlucky, Lorenzo Travisanutto had his weekend spoiled by a contact in the Prefinal right when he was getting closer to the top three. For Josep Maria Martì, the event in Lonato was the chance to test both a new category and new opponents. By brilliantly gaining the access to the Final, the Spaniard delivered a great comeback, gaining 14 positions up to the top 20. Overall, the Tony Kart material proved to be really very competitive in the OK category: the second step of the podium was taken by Kirill Smal of Ward Racing, conquering the victory in one heat along with two second places and the best lap in the Qualifying Practices.

In OK-Junior, Nikita Bedrin confirmed again to be one of the fastest drivers of the category with three victories in the Heats, a best lap and the victory in the Prefinal, bringing him to the Pole position for the decisive race. After a great start, the Russian kept the lead until the last stage of the race. With one lap to go, he found himself involved in a brawl and dropped down to third at the finishing line before a penalty for a misplaced front fairing cost him the podium. For their debut with Tony Kart, Aiden Neate and Harley Keeble took their first steps in an international race where the latter showed brilliant comebacks in his heats.

Alessio Piccini produced a great weekend in KZ2. Seventh in the rankings, he managed to recover a position at the end of the heats. In the Final, he ended up in sixth after being able to reach the fourth position. The weekend was also rich in satisfactions for the drivers competing in the 60 Mini category. Filippo Parmeggiani, for his first experience at the wheel of the Mini Rookie EV, started to make his way in the heats where Jimmy Helias and Jules Caranta came several times close to the top ten together with James Egozi and Andreas Cardenas, obtaining a fourth place. In the Final, the best driver was Egozi but another Tony Kart representative reached the top ten in Oleksander Bodnarev of the Gamoto Team.

The Tony Kart Racing Team is now ready for the Second Round of the WSK Open Cup scheduled from November 8th to 10th at the Sette Laghi Circuit in Castelletto di Branduzzo. The categories entered will be 60 Mini, OK-Junior and OK.