From Lonato to Le Mans, the Energy Corse brand has gained victories and podiums in particularly difficult and challenging events. Both the ROK Cup Superfinal and the IAME International Final each brought together entries of more than 400 drivers! This didn’t prevent the Energy Corse team from achieving the double in Mini ROK with Alex Powell and Dmitry Matveev in Italy or from taking a magnificent second place in X30 Junior in France with Robert De Haan also awarded the German Championship in OK-Junior a few days earlier. 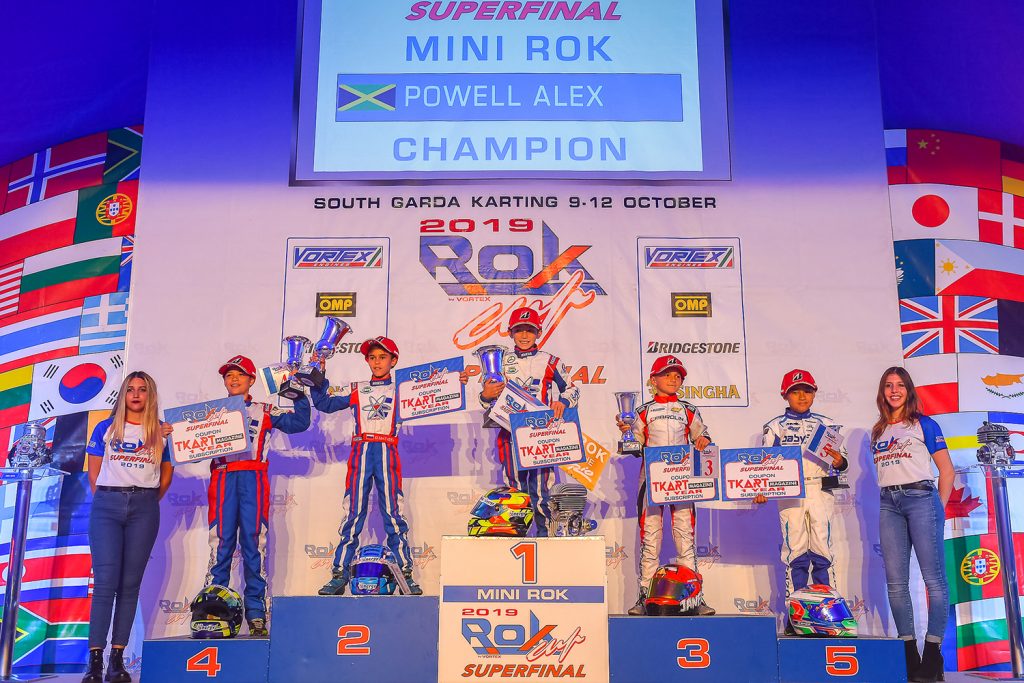 The Energy Corse team and the Italian manufacturer of the same name have once again proved that they are worth relying on. Within ten days, they were able to guarantee a very high level of performance for drivers wearing the famous red, white and blue suit. At the ROK Cup Superfinal in Lonato, Energy Corse was the second best-represented brand in Mini, a strong category with 130 competitors! And in the end, there were four chassis in the top seven with, on the podium, the top two places for Alex Powell and Dmitry Matveev.

Well advised by the Italian team staff, the Jamaican and the Russian made impeccable runs in the Qualifying Heats. With their particularly fast equipment in the Final, they both competed in the battle for victory and finally Powell triumphed with a small gap of three tenths over Matveev.

What a race for De Haan!

Robert De Haan has definitely had an incredible season in Junior with Energy Corse. He was noticed at the World, European and French Championships and became German Champion in OK-Junior with his TM Racing engine, finishing his season with a victory at Ampfing. In general, he will have collected the winner’s points six times out of ten and was second four times!

A few days later, the promising Dutchman went to Le Mans for the IAME International Final. Very competitive in both dry and rainy conditions, De Haan climbed to fourth in the Prefinal before fighting for victory in the Final. After intense and incessant duels, he saw the chequered flag in second place. “It’s a shame that the leader managed to take a small lead because I had the performance to win but it’s still a great result for me knowing that there were 108 at the start,” admitted Robert.

A double for the Australian Flack

Currently second in the IAME Series Benelux after his success in Genk, young driver Clément Outran has been very visible in X30 Mini. Starting ninth, the Frenchman gained two places during the Final but had to be satisfied with 12th after a spoiler penalty. Finally, there was a hat-trick for the Australian Marcos Flack, who competed in both the Lonato and Le Mans events. While he shone in Junior ROK, the changing weather conditions didn’t help him in X30 Junior.

“I would like to congratulate all the drivers and teams who participated in this magnificent overall result of the Energy Corse brand,” concluded Mick Panigada, head of Energy Corse. “For us, the success is definitely there this season and the objective is to stay on this dynamic during the last races of 2019. Drivers wishing to join us will be able to take advantage of these races to test within our official team, particularly in the Mini, Junior, OK, and KZ2 categories.”