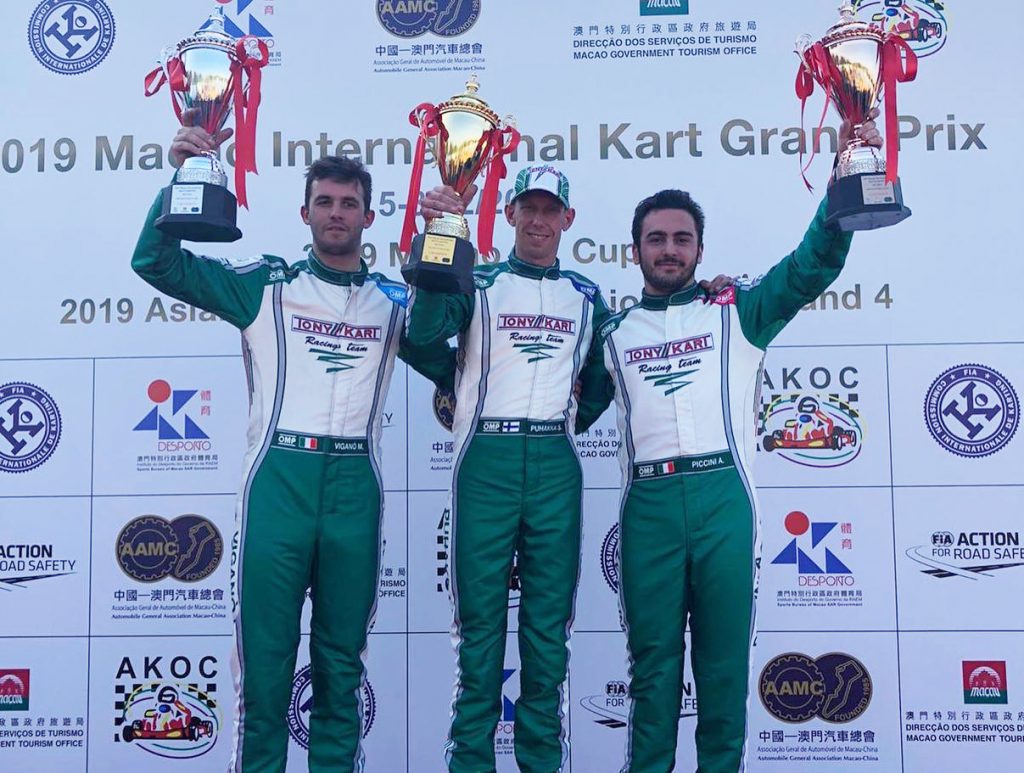 The Macau International Kart Grand Prix was an important meeting on the international karting scene as it was also the last race of the year for the Tony Kart Racing Team. The event came alive in qualifying where the Italian team’s drivers immediately stood out. In Group 1, Alessio Piccini gained the second position followed by Simo Puhakka. In the second group, Matteo Viganò and Noah Milell came second and third respectively, confirming the excellent performances of the OTK material.

In the three qualifying Heats that followed, necessary to define the prefinal grid, the team’s standard-bearers carried on their momentum, proving great solidity and consistency result-wise. Simo Puhakka, especially, conquered the pole position for the prefinal, followed by Matteo Viganò and Alessio Piccini. Just behind them, Noah Milell ended fifth at the end of the heats.

Coming to the prefinal, after a correct but hard-fought challenge between teammates, Puhakka still emerged on top, followed by the Italians Viganò and Piccini. Milell, instead, had a troublesome running concluded down in ninth place.

The 25 laps of the final on the binding track of Macau confirmed the performances carried out throughout the whole weekend as the drivers stayed at the top with Puhakka winning the race ahead of Viganò and Piccini. Finishing fourth was Milell thanks to an excellent comeback.