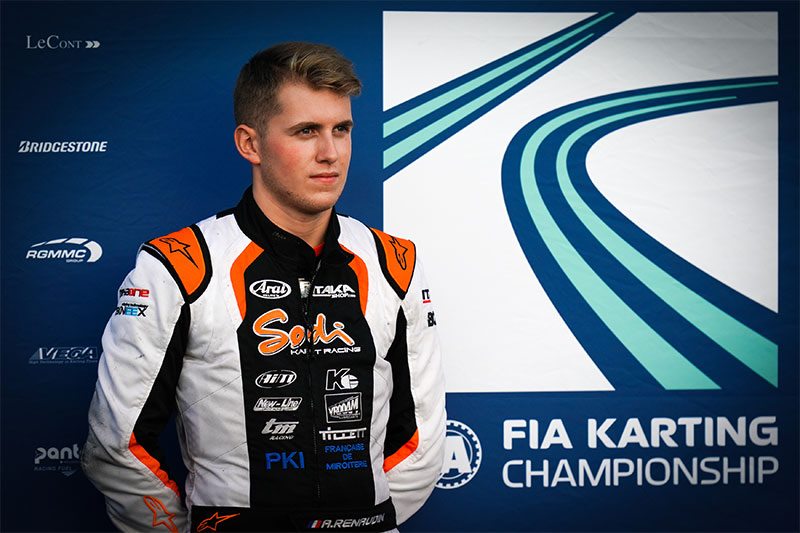 A new chapter for Anthony Abbasse

In 2020, you will no longer see Anthony on the major international circuits as the Frenchman has decided to take a different path with a change of career. Sodikart has had a very close relationship with Anthony for many years, and of course, supports him in this new adventure.

In the KZ category, Adrien Renaudin – SODIKART’s young and talented new driver – will have a racing schedule focused mainly on FIA Karting trials with the European Champion and World Champion titles in sight, in addition to some WSK Promotion competitions.

Bas Lammers, meanwhile, will boost the French team’s chances of victory in all international FIA Karting competitions. In great news for 2020, the Dutchman will also join the SODIKART team as “SODI Racing Ambassador”. This new role is a perfect match for multiple world champion’s profile and personality. Bas’s main task will be to develop and qualify the network of “SODI Racing” professionals and retailers internationally.

In the OK-Junior category, Jean-Philippe Guignet’s Trèfle Racing team will continue to take care of the next generation’s rising stars on Sodikart’s behalf. Evan Giltaire and William Macintyre will be the promising young drivers supported by the Sodikart factory. Powered by TM Racing, with engines tuned by Cédric Sport Motors, the young drivers will follow a comprehensive and intense program to achieve success in the most challenging major international races.

Paul Bizalion’s CPB Sport team will once again be flying the flag for Sodikart in KZ2. The team that led Emilien Denner to victory in the 2019 FIA Karting International Super Cup will continue its strategy of performance and openness, with a highly international squad. For this new season, Kévin Petit – former telemetry technician and a longstanding partner within the SODIKART official team – is being ‘promoted’ to become the new team manager of the CPB Sport team. Several tuners will be involved in the TM engine assembly for all the team’s drivers. The program will also be European and international, in addition to WSK and major races in France.

Now recognized as a dynamic and high-performance competition manufacturer, Sodikart continues its momentum and once again confirms its determination to shine at the highest level of international competition.