At the Third Round of the FIA Karting European Championship- OK/Junior in Sweden, the Tony Kart Racing Team came close to the podium in OKJ after a weekend with important performances in both categories. 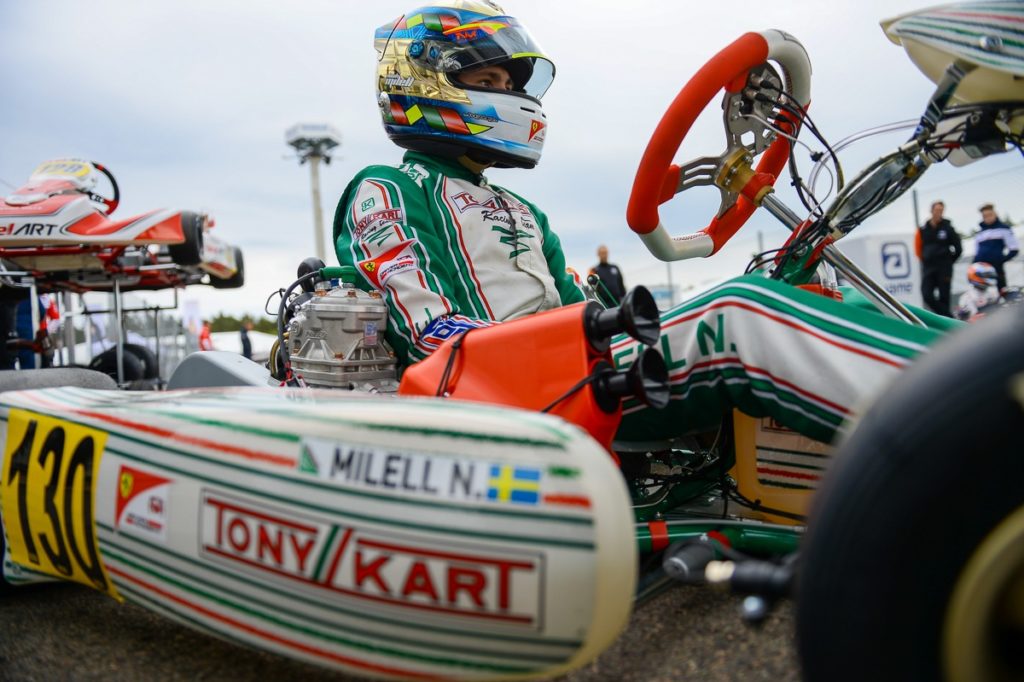 The Third Round of the FIA Karting European Championship started off on the right foot for the Tony Kart Racing Team. In Kristianstad, Sweden, both drivers, and equipment were fast right from the start by constantly occupying top positions.

In Junior, Nikita Bedrin was amongst the absolute protagonists: with the sixth position in Qualifying and the four victories in the Heats with a best lap, he meant to repeat what he did in Genk and sprong forward to the Final where he gained an excellent fourth place after briefly occupying the lead (he sits fifth in the Championship’s standings).

Alex Dunne proved to be one of the most constant drivers of the whole line-up. He gained three third places in the Heats, all of them close to the Top Ten. In the Final, he recovered one position and ended just outside the upper part of the classification.

A contact in the Qualifying Heats, on the other hand, complicated things for Josep Maria Martì, author of a brilliant race until then. In Final, the fast Spanish driver was involved in an intense brawl in the middle of the group and was slowed down due to a few crashes involving his opponents. He still managed to do his best, recovering eight positions to the finishing line.

The Tony Kart 401 R powered by Vortex engine proved to be an excellent ally in the fight for the victory not only for the official drivers. Kajus Siksnelis (WARD Racing) brought Tony Kart on the third step of the podium at the end of an important weekend where he always ended in the Top Five in the Heats. Same constancy, but with a victory too, for his teammate Philip Victorsson who finished sixth in the Final. Besides these results, also the great comeback from Suleiman Zanfari in the Final where he recovered ten positions and finished eight, being the 4th driver driving Tony Kart/Vortex to the Top Ten of the Final.

Great results also for the drivers engaged in OK. Joseph Turney proved to be at his ease on the Asum Ring, always entering the Top Seven in the heats with many overtaking and signing a best lap.

Also, Matheus Morgatto and Noah Milell collected several Top Ten placings during the heats and easily qualified for the Final. Turney was very good at recovering six positions and bringing home an excellent fifth place. Noah Milell did even better in terms of comebacks: he recovered 18 positions and crossed the finishing line close to the Top Ten immediately ahead of his teammate Morgatto, even if, later, a five-second penalty would force him back to the 17th place.

Even if he didn’t manage to enter the Final, Sebastian Montoya did very well. After a complicated qualification, the young Colombian redeemed himself starting from Saturday when, always starting from the last row, he recovers a total of 47 positions and also conquered a Top Ten.