Talented competitors producing close racing on exciting circuits: this could sum up what IAME Euro Series is about on the global karting scene. If you want to join and compete against the best IAME teams and drivers, either in Mini, Junior, or Senior classes, the international series promoted by RGMMC is the karting competition to look up to! 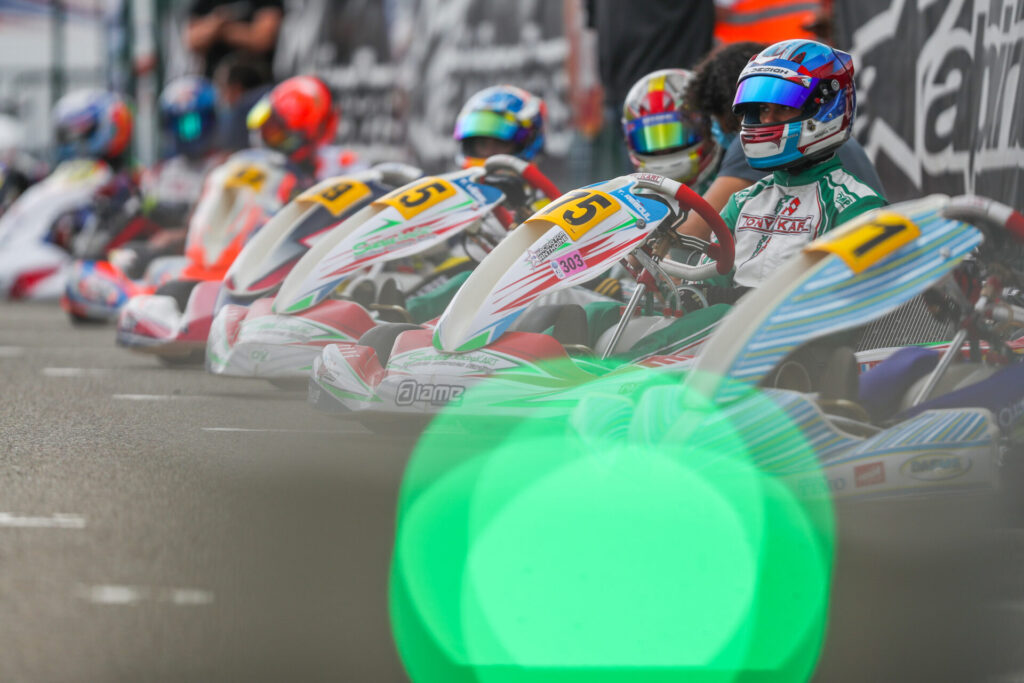 IAME Euro Series is heading for an already-decisive second round of its 2020 season, from September 17th to 20th at Castelletto di Branduzzo. The event, organized over four days, will see drivers benefit from maximum track time on the 7 Laghi circuit. Free Practice sessions will unfold from Thursday until Friday mid-afternoon, followed by the Qualifying series.

Once the grids are set, the competition will start on Saturday with the Qualifying Heats, while Sunday will see the Second Chance Heats, Prefinals and Finals draw the weekend’s final classifications while proclaiming the second season winners.

“It is always great to come back to Castelletto,” according to RGMMC President James Geidel. “The scenery over there is beautiful. You have the track itself but also the nice lakes and the weather, which gives a very picturesque atmosphere to the event.”

As for each round of the series, the competition at Castelletto will be broadcasted through a high-quality live video stream with commentary coverage, available on Telemundi‘s Youtube channel, as well as IAME Euro Series social media and website. Thanks to the work produced by RGMMC’s professional video crew, this platform will give a great opportunity to participants for showing their driving skills to a much larger audience, including potential scouts from other international series.

The next step of a motorsport career

Over the years, many drivers have been able to progress through karting and motorsport, having started their international journey with IAME Euro Series. Some of the competition’s most recent protagonists have been picked up by factory teams, like Joe Turney, driving since 2019 for the Tony Kart Racing Team where he was recently joined by Callum Bradshaw. In the wake of his dominant victory at Essay’s Round 1, the former FIA Karting Academy Trophy winner has been called by the Italian team to replace Lorenzo Travisanutto. Rene Lammers (Baby Race/Parolin) and Freddie Slater (Ricky Flynn Motorsport) are two other examples amongst promising young talents to have recently joined international teams.

Are you interested in competing in the second round of IAME Euro Series? Click on the banner below to register until September 1st!

This scouting aspect, added to the quality of the organization and the level of racing, reinforces the credibility of IAME Euro Series and RGMMC in providing a competitive series, not only to keep drivers in the eye of international factories and teams, but also to give hopefuls a first step to build their way to a potential motorsport career.

“We make them, you take them,” Geidel underlines. “RGMMC always stands for advance in motorsport, so it is no surprise that our races are watched by manufacturers involved in other series, see what just happened with Callum Bradshaw! IAME Euro Series prepares the drivers of the future, thanks to its high level of organization, as well as the quality of races in all classes. Drivers competing with us have a chance of being scouted and build their career in international racing.”

All bets on the table

Despite this year’s series reduced to three events, the fight for the titles should be particularly open in Italy. Drivers of all three classes will still have to drop one worst result in Prefinal and Final. While the same protagonists in Mini and Junior are expected to battle until the closing race, cards are completely reshuffled in Senior since provisional leader Bradshaw won’t be attending the last two events due to his recent Tony Kart recruitment.

“The dropping system will still be applied,” Geidel confirms. “So, if someone wishes to come to Castelletto and Mariembourg, he/she could still win the series! This opens up the debates and should provide great racing, as it’s often the case in Italy.”

Numerous prizes up for grab

Apart from the usual awards for the Top-Three drivers in each class, the newly-introduced “Driver of the Day” trophy will award the best competitor in every category, along with a free set of race slick tires! Callum Bradshaw, Santiago Vallve, and Cathal Clark were awarded the first winner trophies of 2020 at Aunay-Les-Bois, while Sacha Maguet (Senior), Archie Walker (Junior) and Denis Curavale (Mini) were named “Drivers of the Day”.

RGMMC is also eager to celebrate IAME Euro Series’s final winners. The Top-Three drivers of each class will receive a free entry for the first IAME International Games, on November 26-29 at Portimao, along with a free set of race slick tires, while an “end of the year raffle” will award three tickets to the 2021 IAME Winter Cup as well as one IAME engine per class!

The IAME Euro Series also partnered in 2020 with Superkarts! USA to give away free tickets and race slick tires for Las Vegas’s SuperNationals to the winner of the competition in Senior, Junior and Mini, as well as to the driver able to take three Prefinal pole positions during the season!

Are you interested in competing in the second round of IAME Euro Series?

Click on the banner below to register until September 1st!