The second round of the FIA Karting European Championship – OK/Junior took place last weekend at the International Circuit of Naples, in Italy, which saw the Leclerc by Lennox Racing Team amongst the protagonists in the first round of WSK Euro Series that was contested over a month ago. 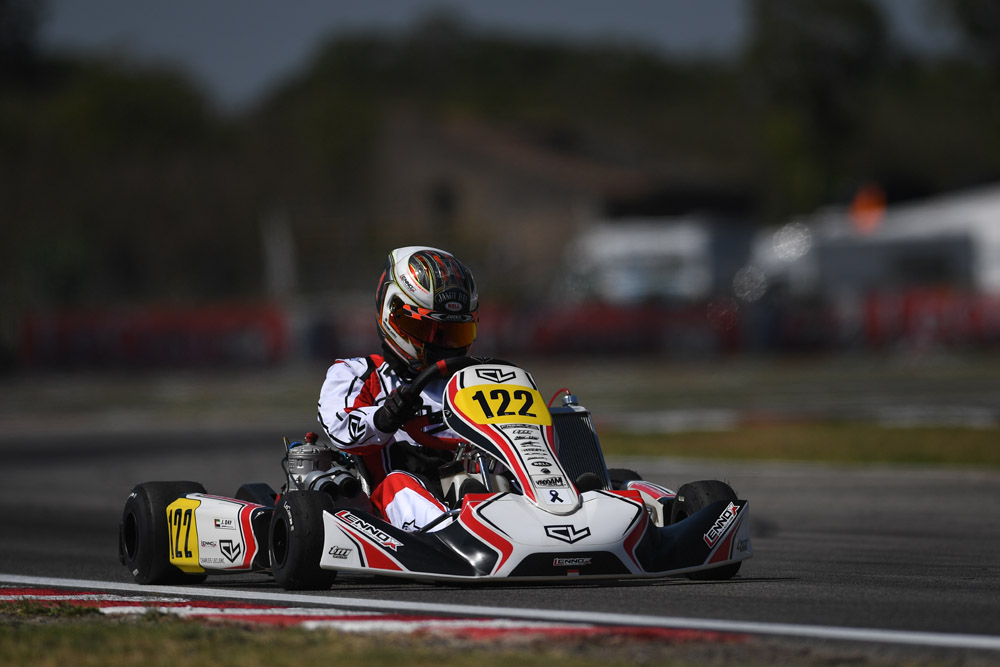 This time around, not everything went according to plan and the results achieved don’t reflect the speed of the Charles Lecler chassis by Birel ART powered TM Racing, with which the drivers of the Leclerc By Lennox Racing Team have now reached a perfect harmony.

“There is a little bit of disappointment,” says the team manager Jordon Lennox-Lamb. Because it is the first weekend in which things did not go the way we wanted them to as accidents and penalties added to the disappointment. Now we need to look ahead and work to obtain a result in line with our potential in Wackersdorf.”

Despite adverse racing circumstances, all the drivers competing in the OK category managed to reach the Final. Laurens Van Hoepen crossed the finish line in the Top Ten, bringing home precious points that allowed the Dutchman to remain in the fight for the podium in the overall standings.

Jamie Day, whose run in the heats was affected by a penalty, a DNF while often getting caught up in the battle in the middle of the group, pulled off an extraordinary 19-place comeback in the Final. On the other hand, Oliver Gray was not able to repeat the victory achieved here in the WSK Euro Series. Although there were all the ingredients to compete at the top, starting with the second-best time in Qualifying, a victory and a third spot in the heats that allowed him to start sixth on the grid, contact during the first lap compromised his final race.

For the Junior drivers, who have shown their speed on this track several times, things did not go much better. Two withdrawals and a penalty prevented William Macintyre from lining up for the Final, thus nullifying the excellent third-fastest time obtained in Qualifying. The same happened to Ivan Domingues, with a Top-Ten potential in each heat, and to Rafael Modonese, who made it into the Top-Ten twice and proved his progress by posting two fastest laps.

After Sarno, the OK and Junior drivers will be back on the track in three weeks for the third round of the FIA Karting European Championship at Wackersdorf. Meanwhile, the Leclerc By Lennox Racing Team will also be at the start of the second and decisive round of the FIA Karting European Championship KZ-KZ2, scheduled on the circuit of Genk from the 4th to the 6th of September.