The shortened 2020 season did not stop Sodikart from continuing its path at the forefront of international competition. For this 2020 edition of the World Championship at Lonato, the Sodi Racing Team was able to maintain its position at the front of the KZ category, as shown by the new podium for Bas Lammers. At the same time, the satellite team CPB Sport lined up 12 drivers in KZ2 with exceptional performances. 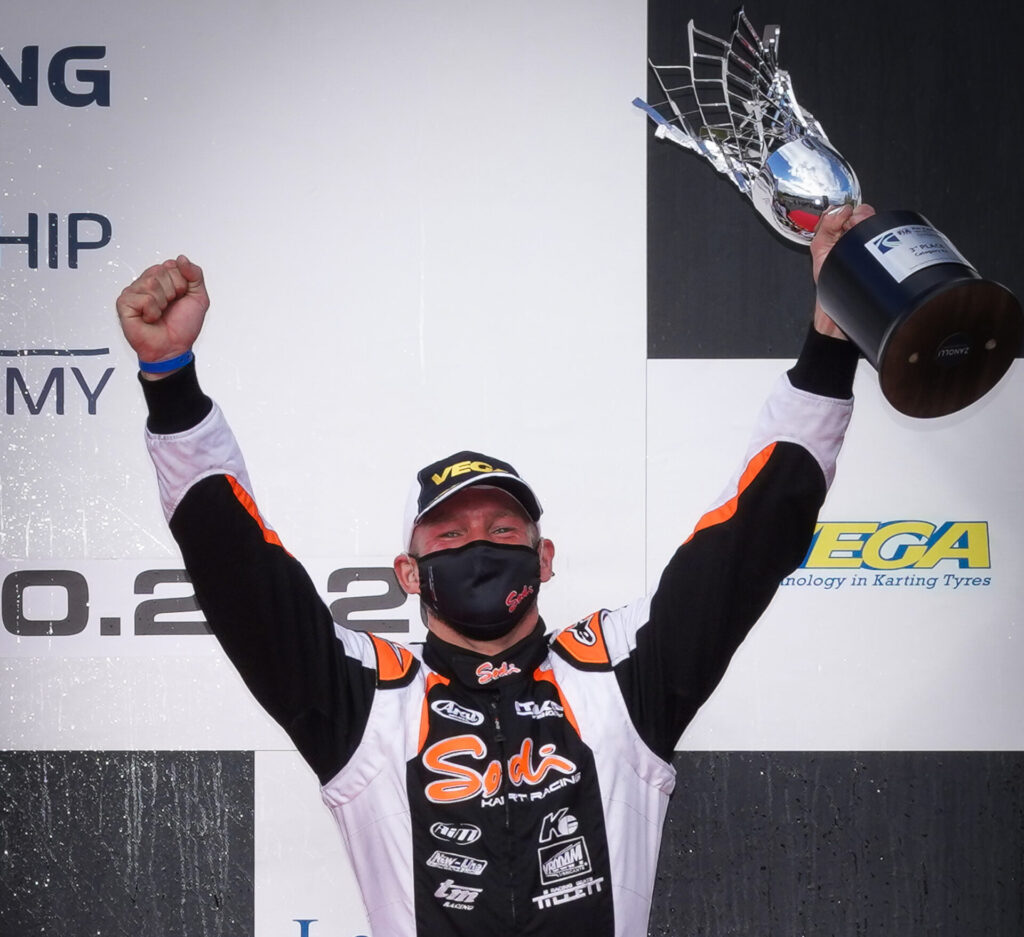 Since 2015, Sodikart has played a leading role in the elite category of international karting by reaching the podium of the World KZ Championship five times. It is by far the only brand that has achieved such consistency in performance over the years.

Another KZ World Podium with Lammers

The big FIA Karting meeting in Lonato wasn’t easy to manage because of the changing weather conditions, in addition to the ever greater intensity in the battle for victory. The official drivers of the French brand honored Sodikart’s reputation for quality. Setting the fifth-fastest lap time among the best drivers in the world, Bas Lammers was fourth at the end of the heats, just in front of Adrien Renaudin who had gained seven places in this phase.

Lammers continued his climb in a Final complicated by a short rain shower before the start. He quickly reduced the gap to the first two drivers and launched into the battle with the defending champion, as well as watching his back. Although Renaudin wasn’t able to defend his chances as he would have liked, like last year Lammers managed to mount the world podium in front of many famous rivals.

For several seasons now, the world of racing has got used to seeing Sodi chassis shine in international KZ2 thanks to CPB Sport. This year again, the satellite team of the Nantes factory lined up a large number of drivers for the FIA Karting International Super Cup – KZ2. Paul Bizalion’s team fully achieved its goal with Final qualification for six Sodikart chassis, i.e. half of its squad. Before that, the young Arthur Carbonnel had set the third-fastest time out of 99 participants and Lorenzo Giannoni was in the provisional lead on Saturday evening. In total, the Sodi chassis won no less than six heats.

The Final allowed three CPB drivers to finish in the top 10 of this world event. After a great start, Arthur Carbonnel managed to take the lead of the Final on lap 5 before dropping back in front of very experienced drivers. He still managed an excellent seventh place in front of Hubert Petit, who moved up 11 places in 25 laps. The young Dutch hopeful Senna van Walstijn made exceptional progress of 16 positions and set the fastest lap of the race. He reached an unthinkable ninth position knowing that he had set only the 55th time in Qualifying. The Final was, unfortunately, more difficult for Lorenzo Giannoni who finished in 15th position.