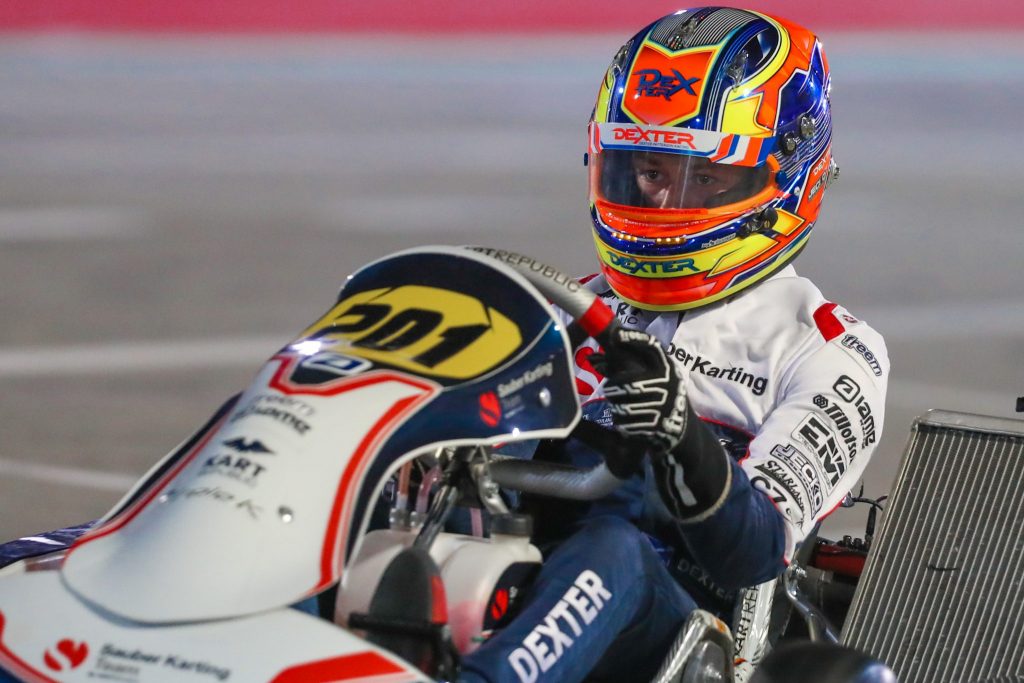 Scottish hopeful Dexter Patterson started pretty well in Qualifying but ran into some troubles during the final phases of the weekend and was eventually forced to retire after being involved in a crash during the Final.

Josh Dufek also struggled after a difficult Qualifying session. But the driver from Switzerland didn’t give up and performed a good recovery that took him from a 17th starting position to enter the Top 10 of the Final.

Dexter Patterson (OK): “The weekend was tough. Some of my Qualifying Heats were good, others were bad. I started P5 for the Prefinal but I lost my chain in the middle of the race, so I had to retire. Starting from the last position in the Final, I recovered to tenth when a driver crashed in front of me, and I could not avoid that. Anyway, I closed this championship in third and still I’m pleased with that.”

Rickard Kaell (Team Manager): “It started pretty well with Dexter scoring third in Qualifying. Unfortunately, after some fighting during the heats, he had to retire from the Prefinal due to mechanical failure [broken transmission chain, ed.]. He later had a crash in the Final, so not a good Sunday for him. Good performance from Dufek, although this wasn’t an easy weekend for him with tricky conditions. In the end, he finished P11.”

Dino Chiesa (General Manager): “Travisanutto won the Championship, beating Patterson, his rival for the title. Congratulations to him and I’m sorry for what happened to Dexter. He’s been really unlucky with the mechanical failure and then the crash during the Final. Anyway, the whole Kart Republic group is strong in OK and Patterson has the chance to still put his hands on the European Championship. I’m satisfied with Dufek, he made a good recovery after a bad Qualifying session, and made it into the Top 10 again, with plenty of overtakes.”

On July 21st, the Sauber Karting Team will be racing in Le Mans, France, for the last round of the FIA Karting European Championship-OK/Junior, and Patterson has big chances to seize the title in the Senio category.