Jace Denmark-Gessel competes this week in the ‘ROK The Rio’ event powered by ROK Cup USA at Las Vegas with the Ryan Perry Motorsport Team. Just a few days after his first fruitful experience at the Rotax MAX Challenge Grand Finals in Italy, the American driver hopes to fight again in the upper part of the Senior ROK field and improve his fourth place of 2018! 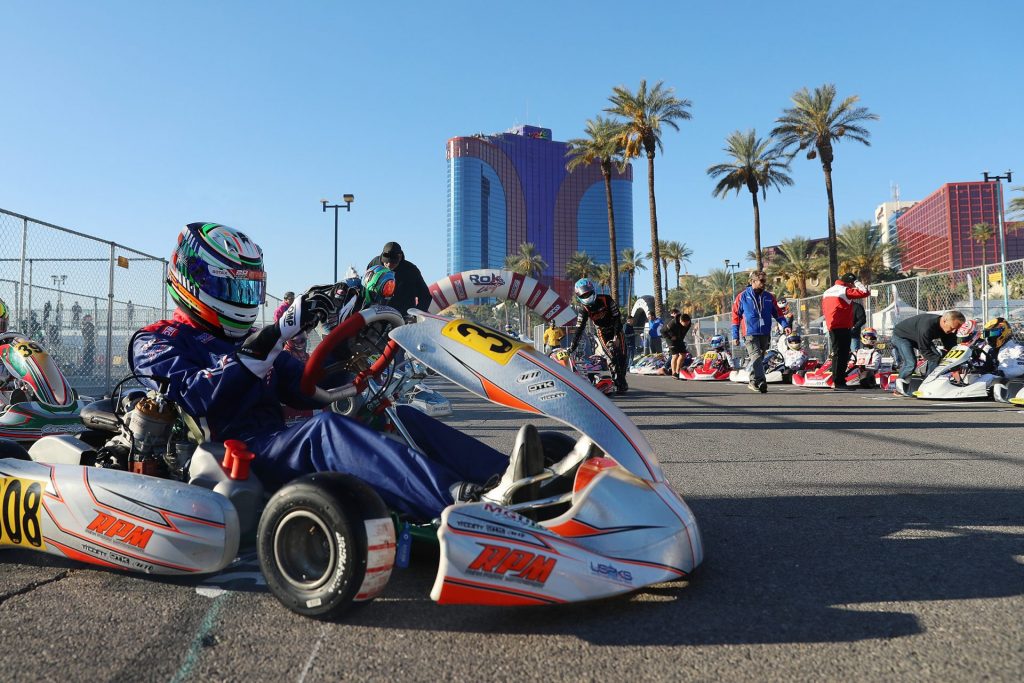 Racing never seems to slow down for Jace. A couple of days after the ROK Cup Superfinal at Lonato followed by his first attempt with Team USA at the Rotax MAX Challenge Grand Finals that ended on a successful note in Sarno, the driver from Phoenix, Arizona, is back on home soil this week to take part in the ‘ROK the Rio’ race at Las Vegas.

Taking place at the temporary circuit on the grounds of the RIO All-Suite Hotel & Casino, ‘ROK the Rio’ is the biggest ROK Cup competition organized in the United States of America with a record-breaking entry-list of more than 300 drivers coming from all over the world and split into ten classes.

For his second appearance at Las Vegas, Jace uses a Tony Kart/Vortex material prepared by the Ryan Perry Motorsport Team, a familiar environment with which he had discovered the competition back in 2018 reaching the fourth place of the Senior ROK Final!

Since the first on-track practice on Wednesday, hard work has been put on the tuning of the chassis to help him find his marks on the 1200 meter-long layout of the Rio All-Suite Hotel circuit, which translated into better lap time performance at each session.

In his first Qualifying Heat, Jace had a good start but some trouble in the opening laps made him lose ground that he was quick to recover by lapping at an impressive pace through the field while leaving lots of his rivals behind, which gave him strong confidence for the next races to come.