The fourth edition of the IAME Winter Cup officially started this Friday on the Kartodromo Internacional Lucas Guerrero of Valencia, in Spain. The 181 drivers entered in the competition organized by RGMMC enjoyed a dry track during their respective Qualifying sessions. Oliver Bearman (Senior), Aaron Walker (Junior), and Leo Robinson (Mini) took pole position in each class ahead of Saturday’s Qualifying Heats. 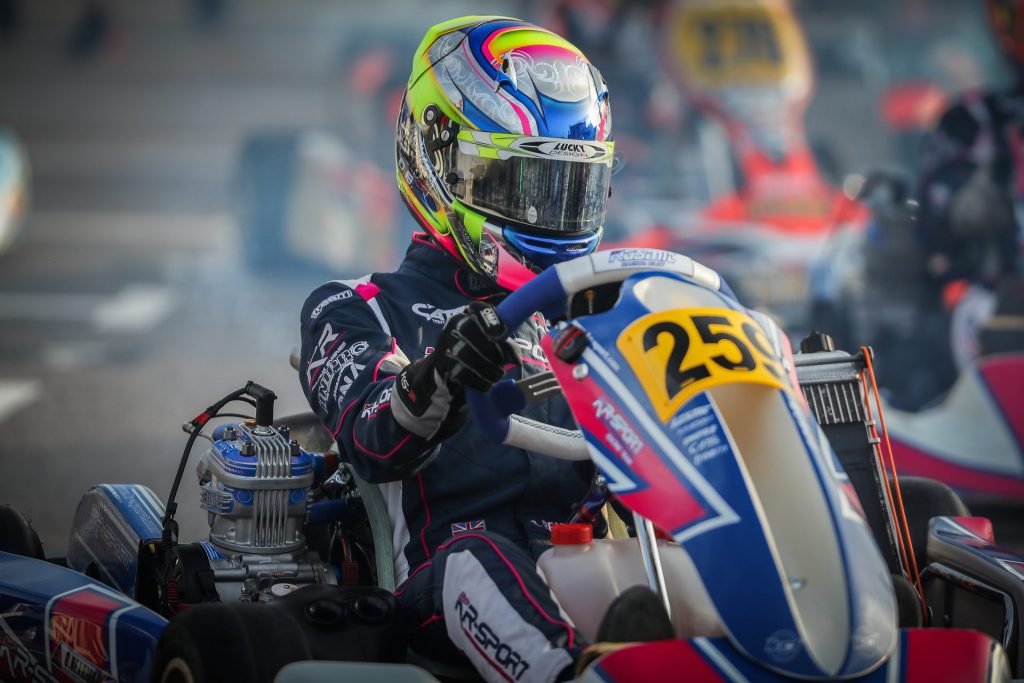 The 181 drivers participating in the 2020 IAME Winter Cup enjoyed clear weather and a dry track this Friday at the International Kartdrome of Chiva where the last Free Practice sessions were followed in the second part of the afternoon by the Qualifying series for the X30 Senior, Junior, and Mini classes.

Oliver Bearman (KR-Sport) did not miss his first Qualifying session as a Senior driver. One year after taking his sole 2019 win in the Junior Final of the IAME Winter Cup, the X30 Euro Series Winner got his weekend off to a perfect start by claiming pole position. While both light and temperatures started declining over Chiva’s Kartdrome, the British driver made good use of improving track conditions to lap faster than anyone else in the third and last qualifying series.

Following Bearman in Senior’s qualifying order comes the Spaniard Daniel Nogales (Kart Republic Spain), the fastest in the second group, ahead of Ruben Moya (Piers Sexton Racing), ahead in the opening series. Callum Bradshaw (Fusion Motorsport), who had come close to take the top spot from Bearman in the last group, is classified in fourth place overall ahead of Alejandro Lahoz (Kart Republic Spain).

Aaron Walker could not have had a better start to his IAME Winter Cup. Already the fastest in his two Free Practice sessions, the Strawberry Racing driver kept the Juniors’ leading spot by lapping almost 3/10 of a second faster than Alfie Rigby (KR-Sport) who had set the pace in the first series before track conditions started improving. Bart Harrison (Mick Barrett Racing) ended up in third place overall in front of last year’s Winter Cup Mini Winner Freddie Slater (Fusion Motorsport) and Freddie Spindlow (KR-Sport).

Leo Robinson (Fusion Motorsport) topped the Mini’s Qualifying session this Friday. The Brit, third of the competition in 2019, showed his ambition by locking up the best lap in the second series, just 0.064 seconds in front of Luna Fluxa (Praga Espana Motorsport). The young Spaniard, who had taken the fastest mark in the opening group, leads an impressive contingent made of seven of her countrymen in the Top Ten, including Bosco Chavarri Arias (Kart Republic Spain) in third place followed by two of his teammates Hugo Freire Sanchez and Denis Curavale.

Click here to access our live page (streaming by Telemundi Media from Saturday 10:00). Reports will be published on a daily base with the latest session and races’ results.