The 17th edition of the ROK Cup Superfinal has ended on Saturday at the South Garda Karting of Lonato. Despite constantly fighting at the top of the Super ROK field, Jace couldn’t quite conclude on a high note what has been a very competitive week with the Ward Racing Team! 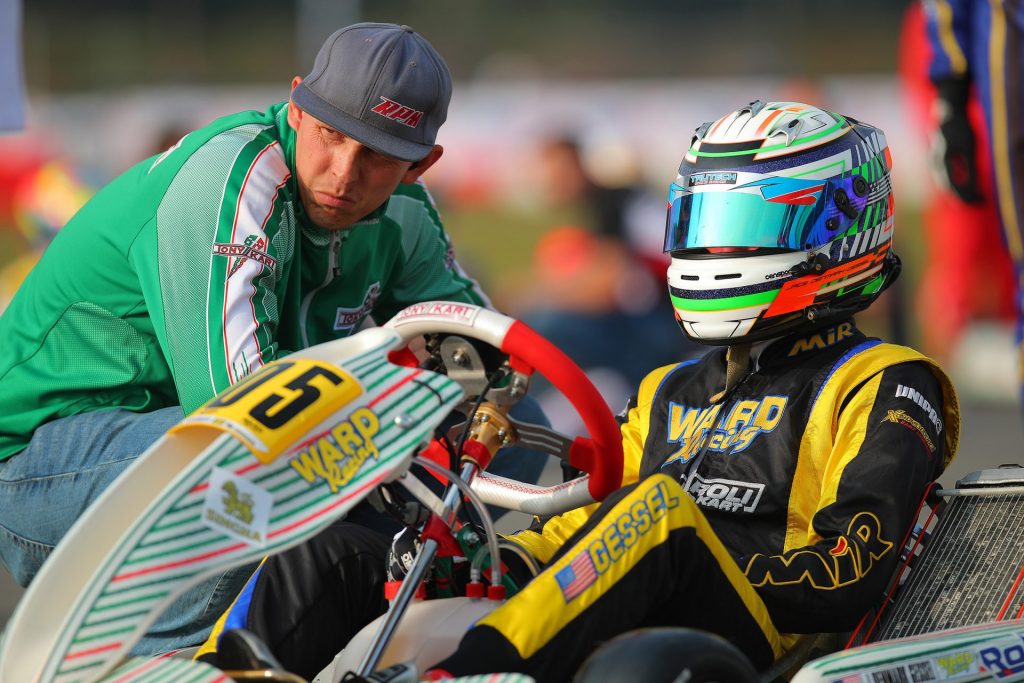 Since he entered the ROK Cup Superfinal, the American hopeful had been feeling at ease with both his material and the layout of Lonato as he showed as early as the free practice sessions when he was right on the pace amongst the strong field of the Super ROK field, building on a high level of self-assurance that transpired through the entire competition.

In the heats, Jace kept building upon his early good start by finishing within the upper part of the field on three occasions, resulting in a fifth-place on the starting grid of the Final. Coming to the closing stage of the Competition on Saturday afternoon, confidence was again at its highest ahead of the 20-lap final.

When the lights went out, he took a good start while avoiding contact on his way to the first corners. Carrying a strong pace out of the mechanics’ turn, he launched an early attack on the first rival in front, going around the inside of the hairpin but the move didn’t pay off the way he had foreseen it as wheels touched, resulting in his retirement.

The disappointment was legitimate in Jace’s mind as he had more than confirmed the expectations placed on him for his second appearance in the ROK Cup Superfinal. “It’s sad about what happened on track but I’ll keep in mind the many positive aspects of this event, notably the fact that we were the fastest with the most competitive equipment. The fight was there but it’s a shame that we couldn’t conclude the weekend the way we would have wanted. Now, the focus is already on the next race,” he said after the race.

Don’t forget to follow Jace Denmark-Gessel on Facebook and Instagram to keep you up to date with all his future racing adventures, starting with the Rotax MAX Challenge Grand Finals where he’ll compete in the Senior MAX category on the Naples International Circuit of Sarno, in Italy, from October 19th 26th!