The 21 lap-Final of the Junior category produced a thrilling spectacle this Sunday afternoon on the Asum Ring of Kristianstad, home of the Kart Grand Prix of Sweden! From seventh on the grid, Jamie Day climbed up the order in impressive fashion to claim his first victory of the season, becoming the third different winner in this year’s European Junior Competition! 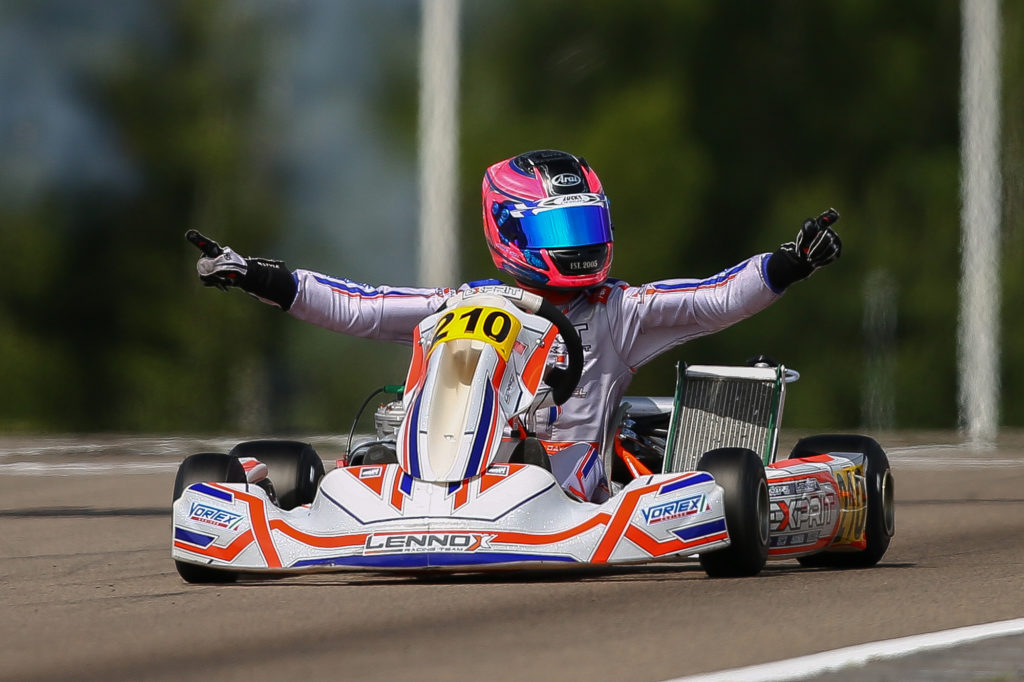 Joining him on the podium in second place was Marcus Amand (Kosmic/IAME). The young Frenchman started from sixth on the grid but quickly made his way up the order as the fight for the lead unfolded in the opening laps. Kajus Siksnelis (Tony Kart/Vortex) crossed the finish line in third place after getting past Nikita Bedrin (Tony Kart/Vortex) on Lap 15. At one point in contention for the win, the Russian lost a bit of ground in the closing stages and settled for fourth place ahead of Andrea Kimi Antonelli (KR/IAME).

Winner of his five Qualifying Heats and starting the Final on Pole, Tuukka Taponen (Redspeed/IAME) had a nightmare afternoon falling down the order in the early part of a race that he finished in 12th position. A frustrating conclusion to an impressive weekend for the Angerville opening round’s winner.

The final installment of the 2019 FIA Karting European Championship – OK/Junior will take place on the International Circuit of Le Mans, in France, from July 19th to 21st.