Two weeks after an already successful weekend at Genk, Lorenzo Travisanutto made it two victories in a row by winning the Third Round of the FIA Karting European Championship – OK this Sunday afternoon in Kristianstad, Sweden! 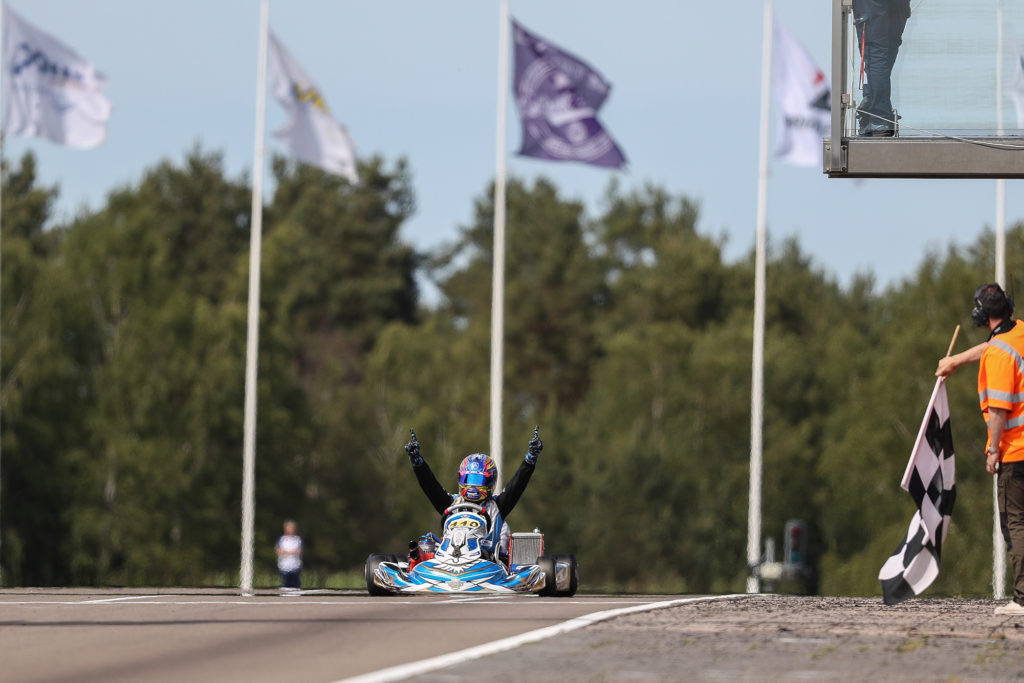 The final OK race of the weekend on Swedish soil started well for the Polesitter Dexter Patterson (KR/IAME) who kept the lead at lights out with Pedro Hiltbrand (CRG/IAME) passing both Gabriele Mini’ (Parolin/TM) and Lorenzo Travisanutto (KR/IAME). The Spaniard was on the charge and went past Patterson at the end of Lap 1 as the Scot felt down the order to sixth place. Up front, Travisanutto waited until Lap 4 to make his move on the CRG driver who would then lose ground to his rivals. Once ahead, the reigning World champion increased his gap over Gabriele Mini’ before the Italian started chasing back his countryman in the closing laps, the two eventually crossing the start/finish line split by 0.356 seconds!

Third at the flag was Luigi Coluccio (BirelART/TM), back on the Kristianstad podium a few months after a similar performance at the World event. Matias Salonen (KR/IAME) made his way up to fourth before receiving a post-race 5 second-penalty (front fairing). Dexter Patterson was, therefore, promoted one rank further up, enough to keep the championship lead from Travisanutto before the last Round in Le Mans. Joseph Turney (Tony Kart/Vortex) was classified in fifth place, followed by Taylor Barnard (KR/IAME), Hannes Janker (KR/IAME), finishing within the Top 10 for the first time this year, Matias Salonen, Pedro Hiltbrand and Gabriel Bortoleto (CRG/TM).

The final installment of the 2019 FIA Karting European Championship – OK/Junior will take place on the International Circuit of Le Mans, in France, from July 19th to 21st.