One month after the opening of the FIA Karting European Championship – OK & Junior, the Genk circuit will host the second of the four European Competitions with the Kart Grand Prix of Belgium from 16th to 19th May. At this Competition, some changes in the hierarchy can be expected from Drivers wanting to even the score and not be left behind in the standings before the halfway point in the season. 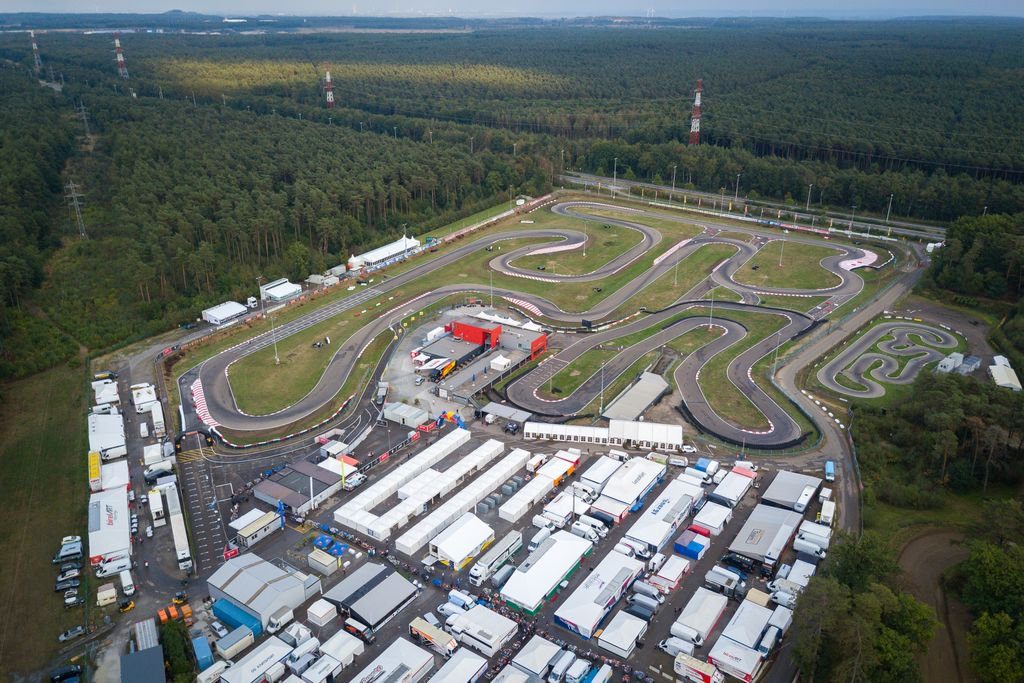 Dubbed the “Home of Champions”, in 2018 the Horensbergdam Circuit in Genk was the scene of a World Competition that was particularly successful in terms of racing and organization. Justifiably known for its selectivity, the 1360 meters of the Belgian track will provide an ideal setting for the 169 Drivers entered for the second Competition of the 2019 FIA Karting European Championship – OK & Junior.

In the two categories in the running, some usually front running Drivers did not succeed as much as they wished during the opening Competition on the circuit of Angerville (FRA), while newcomers had the opportunity to put themselves forward. This situation forecasts interesting situations for the Kart Grand Prix of Belgium, both rematch and confirmation.

Patterson the news favourite in OK

With a remarkable start to the season, Dexter Patterson (GBR) took the lead over his elders in the Angerville Competition while Juho Valtanen (FIN) showed impressive determination ahead of Gabriele Mini’ (ITA). Taylor Barnard (GBR) and Dilano Van T’Hoff (NLD) did not find themselves in the European top five by chance. Others not to be forgotten are Lorenzo Travisanutto (ITA), who made a good recovery in the Final, Pedro Hiltbrand (ESP), who led Qualifying and the heats, and Dino Beganovic (SWE) and Matheus Morgatto (BRA) who were often very fast. Like several other competitors, the reigning European Champion Hannes Janker (DEU) will undoubtedly be keen to forget his French result.

Can Taponen contain his rivals ?

The forces involved are not yet fully revealed in the 2019 FIA Karting European Championship – Junior. The surprise victory of Tuuka Taponen (FIN) in Angerville had to provoke some questions for his opponents. Although Thomas Ten Brinke (NLD) is best placed to respond, others have not yet given up their claim to the European title. For the moment, Nikita Bedrin (RUS), Rafael Chaves Camara (BRA), Laurens Van Hoepen (NLD), Arvid Lindblad (GBR) Andrea Kimi Antonelli (ITA), Enzo Trulli (ITA) and Robert De Haan (NLD) are a long way from their goals. They must achieve convincing results in Belgium to not let their chances fly away irretrievably.