Two months after the announcement of the launch of the Charles Leclerc chassis range produced by the Birel ART factory, the sporting season for the Lennox Racing team, which officially represents the colors of Charles Leclerc in racing, takes shape with a line-up of 11 drivers from seven different nations. Youth and experience are both represented within this new challenge. 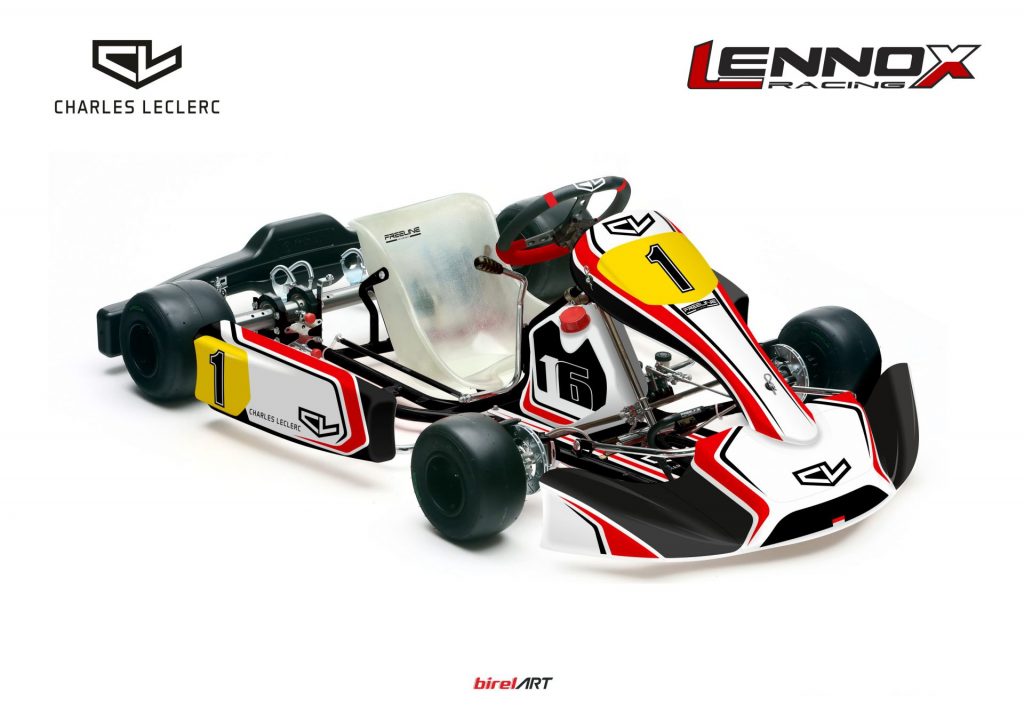 With the boss Jordon Lennox-Lamb’s mastery of racing and the quality of the Birel ART products, the Lennox Racing Team has solid assets for the start of the first season of competition for the new Charles Leclerc chassis. Among many requests, the choice of drivers was split between youngsters in full bloom in the OK-Junior category, drivers already confirmed for their switch to OK, and experienced talents in KZ/KZ2. The ambition is clearly to train tomorrow’s up-and-coming drivers while aiming for significant results for the most experienced.

With the Italian Matteo Vigano, who recently left Tony Kart, the team can count on a driver who is as fast as he is experienced to fine-tune the equipment. A main protagonist of the KZ category last season, and winner of the KZ2 FIA Karting International Super Cup in 2018, Matteo will be supported by the Swede Benjamin Tornqvist who we saw fighting for victory until the last lap of the 2017 KZ2 FIA Karting International Super Cup. His compatriot Viktor Gustavsson and the American Michael Stevens, two talents in search of top results, complete the team.

OK: places for the youngsters

The three OK drivers of the Lennox Racing team have all competed in junior racing before moving on to the elite category. From the United Arab Emirates, Jamie Day, great Junior protagonist last year and winner of the European round in Kristianstad, and Roman Sharapov are delighted to continue their ascent in Jordon’s team, joined by an X30 Junior specialist, the British driver Oliver Gray, who has also driven in OK-Junior with Lennox Racing. All three are determined to shine at the top of the rankings.

The next generation of drivers gets ready for OK-Junior

While Sweden’s Wilmer Wallenstam and Portugal’s Ivan Domingues already have some experience in the OK-Junior category, Russia’s Platon Kostin and Vladimir Verholansev will make their debut in 2020. These four young talents will be able to take advantage of the team’s experience and the teaching skills of their boss to continue their high-level training in the best conditions under the colors of Charles Leclerc.

In order to be in the best possible position to achieve its ambitions, the Leclerc by Lennox Racing team will line up at the start of the WSK Champions Cup, Super Master Series, and Euro Series, in addition to the Winter Cup and the ‘Champions of the Future’ by RGMMC events. The FIA European and World Karting Championships will be the highlights of the coming season which will end with the WSK Open Cup and Final Cup at the end of the year. Out of the 23 race weekends on the calendar, OK and OK-Junior will race 19 of them, while KZ/KZ2 will be in action 14 times. Nine preparatory test sessions are already planned in addition to the winter sessions that have already started.

With the Lennox Racing Team, everything is in place for the successful launch of Charles Leclerc karts in international competition.