The CRG Racing Team will unveil its drivers’ line-up in January 2020 together with its racing programmes that will include the participation to all the FIA events and main international meetings through the season. 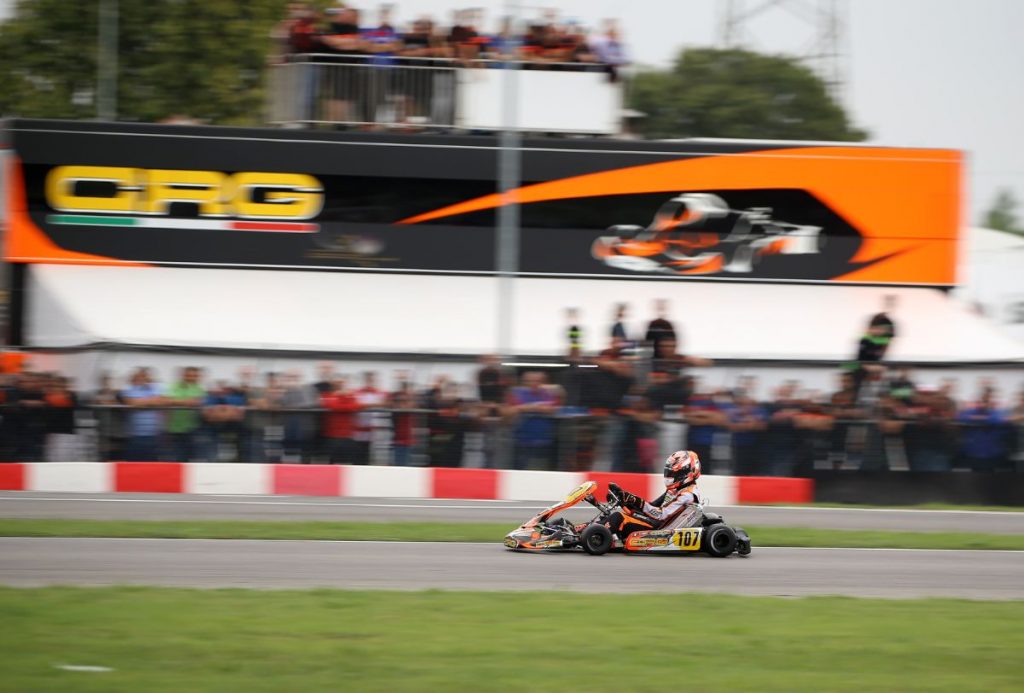 The new year will bring important changes to the CRG Racing Team. Some are expected as for the KZ category after Paolo De Conto’s retirement from racing, some others will concern strategies and organization.

The CRG management is taking advantage of the winter break to carry out all the required processes, so sporting plans and the drivers line-up will be made official only after January 15th.

Talking about the racing department strategies and functions, since next year CRG will manage a team in 60 Mini, category for drivers from eight to 11 years old, with six official drivers confirmed.

For what concerns the OK Junior and OK classes, the Factory Racing Team will manage about five drivers whilst in KZ, after Paolo De Conto’s retirement announcement, the drivers’ line-up will be mostly renovated.

Glenn Keyaert is confirmed as the team’s Technical Manager and he will be assisted by other managers in order to improve the customer service on track and the marketing function of the racing team.

The racing plans will include participation to all the FIA events (European and World Championships), the main WSK and RGMMC races as well as focused programmes for the most important IAME X30 events.

The first meeting on track in 2020 will be in Adria for the collective tests on January 18th-19th where the drivers will be officially presented, together with the organization details of the team that has one of the most prestigious records of achievements at the international level.