Two-time FIA Karting World Champion Paolo De Conto is officially retiring from kart racing, putting an end to an almost 15 year-long career at the top, as confirmed this Monday by the CRG Factory Team. 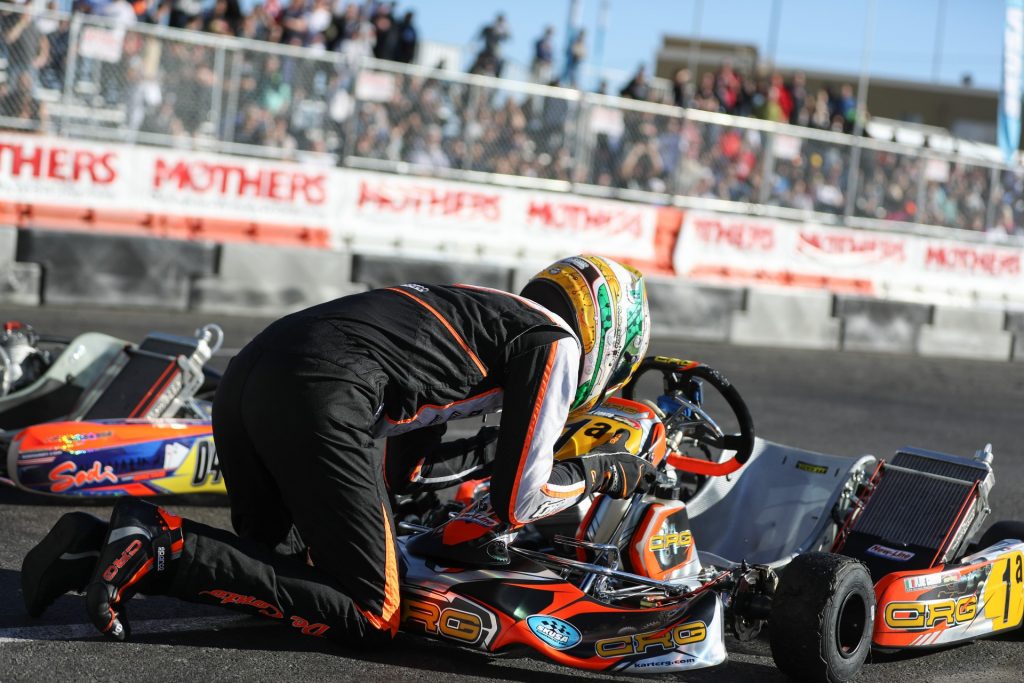 The 2019 retirement list has been added one more top karting name as Paolo De Conto is putting an end to his racing activities. A few days after that such a possibility was whispered by sources in France and Italy, the official CRG Factory Team confirmed the rumor on Facebook.

“Karting has been your life for so many years that it seems impossible to think about the next season without you on track,” wrote Giancarlo Tinini, President of CRG. “But you calmly made your evaluations and we respect your choices. We wish you to bring in your professional life, the one you chose to live out of this sport, all the things that racing taught you: determination, tenacity and some of the dare you always had on track. You’ve been an important ambassador of our brand in the world and what you’ve done in this sport will remain forever, so our doors will always remain open if one day you should miss the adrenaline of karting. All the best Paolo.”

Driving for the CRG since 2015, De Conto rose to karting stardom for the past couple of seasons, winning a string of international titles including two back to back FIA Karting World crowns in KZ in 2016 and 2017 and a third European Championship title, to follow the two titles, 2010 (KZ2) and 2011 (KZ1), that he wοn with the Energy Corse Racing Team.

His impressive resume doesn’t stop with CIK-FIA competitions as the Italian cumulated numerous successes on home soil, winning three major WSK competitions with the Euro Series (2010), Master Series (2011) and one Champions Cup (2016) along with three victories in the SuperKarts! USA SuperNationals at Las Vegas (2014, 16, 17), two wins at the “Race of Stars” in Australia (2016-17), one South Garda Winter Cup (2014) among many other achievements.

Although his latest appearances on international podiums have been rare these last two seasons, De Conto remained as one of the fastest and most feared competitors as he again proved it at the latest FIA Karting World Championship – KZ at Lonato where he climbed in the final race from 16th up to 5th. On that same track, in 2018, he came close to retain his European crown winning the race by almost 3″ on track, before being denied his victory due to a penalty for a move was deemed too aggressive by the Race Officials.

Here’s below our gallery retracing Paolo De Conto’s major career achievements including his World Championships victories at Kristianstad, Sweden, in 2016, followed by his second crown on the Pro Kart Raceland of Wackersdorf, Germany, in 2017, both on CRG. The same year, he claimed his third win at the SKUSA SuperNationals 21, a competition that we had won for the first time in 2014 with Birel ART. Prior to that, he also drove a few seasons for Energy Corse with two FIA Karting European titles as best international results.