Organised this year in Finland, the FIA ​​Karting World Championship in OK was a great sporting and popular success. In front of full stands, Lorenzo Travisanutto won a second consecutive world crown after an exciting Final. At a meeting with extremely changeable weather conditions, LeCont tyres played their role perfectly, ensuring performance, consistency and sporting fairness, both in the dry and the wet. 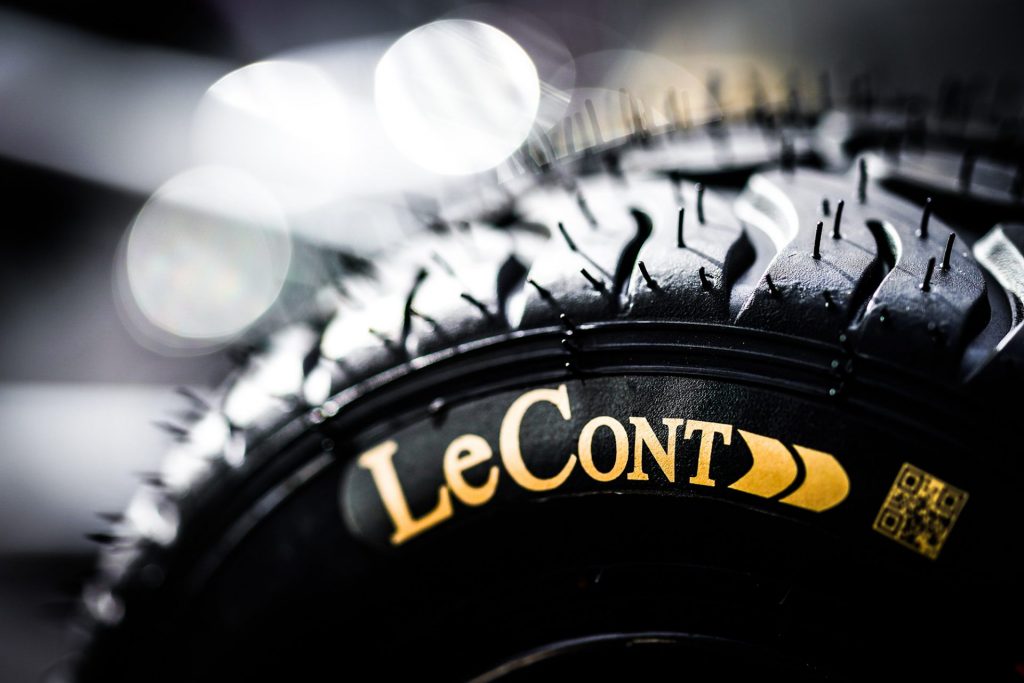 The partnership between the CIK-FIA and tyre manufacturer LeCont for the 2019 season continued in Alahärmä, Finland with the longest-awaited event of the OK category: the World Championship. Located in the heart of the Power Park, the largest theme park in the country, the circuit, named after the former F1 driver Mika Salo, has its share of difficulties for both drivers and teams, as it does for tyres. However, the LeCont brand met the expectations of the competitors, as confirmed by Paolo Bombara, Marketing Manager at LeCont.

“We have had excellent feedback on our tyres throughout the European Championship and we have been careful to maintain the same rigour and quality during this long trip to Finland. The weather conditions proved to be very difficult, but our tyres always managed to reach an ideal operating temperature to ensure both the efficiency of the equipment used by the drivers and the excitement of the races.”

Perfect management of the conditions

From Timed Practice on a perfectly dry track, LeCont was satisfied with a gap of one-tenth between the four groups. Then, during the Qualifying Heats on Saturday and Sunday morning, the drivers faced almost every possible situation: dry lines, barely wet, almost flooded, drying, etc. Despite these extremely demanding circumstances, the number of incidents and skirmishes remained minimal despite the significant challenge of such a global event. Some drivers took the opportunity to highlight themselves in extreme conditions: sometimes on slicks on a wet track for example or for others in the downpours.

“I am pleased to see that safety has been ensured during the event. The efforts of the organisers, the promoter RGMMC and the CIK-FIA were not in vain, while our CIK-FIA homologated tyres proved to be well-adapted to the situation.”

Thanks to a new regulation adopted for the 2019 World Championships, the drivers were able to use an extra set of slick tyres for the Final, guaranteeing perfect sporting equality for all. Lorenzo Travisanutto won his duel with Juho Valtanen, the leader at the start of the race. In the end, the Finn was unable to counter the final rush of the two Britons Taylor Barnard and Harry Thompson, who accompanied the Italian champion on the podium. The excitement of the many spectators gathered around the circuit testified to the intensity of this Final. For LeCont, it was a new technological challenge that has been successfully met.

For a few months now, another challenge has begun for the Italian brand. “2020 marks the beginning of a new CIK-FIA tyre homologation cycle. LeCont has the technology, the knowledge, experience and a large production unit able to perfectly meet the stringent specifications of the international federation. We are ready to welcome their representatives for the planned inspection very soon.”

In addition, the end of the season is traditionally the period during which the next tenders for tyres are prepared. Already present in many countries, LeCont intends to continue its spread throughout the world and continue to demonstrate the quality of its racing products.