The Qualifying Heats of the Fourth Round of the WSK Super Master Series came to an end on Friday, July 3rd, on the Adria Karting Raceway. Nikita Bedrin (OK), Ugo Ugochukwu (Junior), Jan Przyrowsky (Mini 60) & Paavo Tonteri (KZ2) concluded their run of eliminatory races as provisional leaders in their respective classes before Sunday’s Prefinals and Finals. 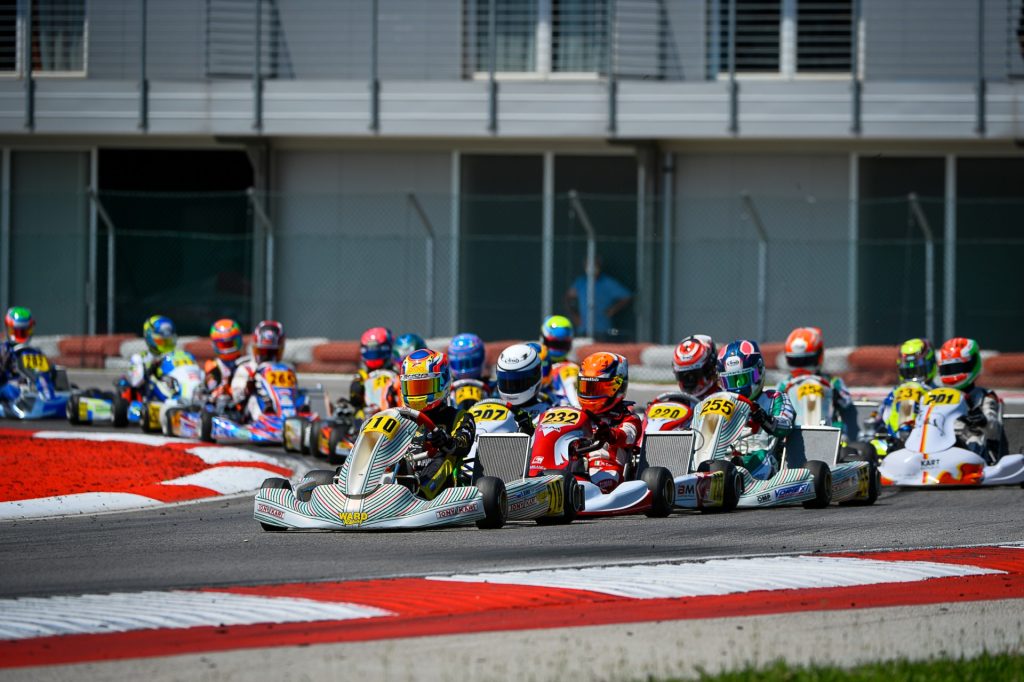 After 64 heats, the initial four intense racing days that involved 182 drivers for the Third Round of the series and 186 for the Fourth Round of the WSK Super Master Series came to a close in Adria. The 2020 titles for OK, Junior, Mini 60, and KZ2 will be awarded on Sunday, July 5th.

The battles for the win involved mainly the Russian Nikita Bedrin (Tony Kart/Vortex) who won one race on Thursday and two on Friday, and the Italian Andrea Kimi Antonelli (KR/IAME) who claimed one win on Thursday and one the following day. One victory was also secured by the Brit Taylor Barnard (KR/IAME).

Among the favorites for the final win, the two Tony Kart’s drivers Joe Turney (Tony Kart/Vortex) and the Spanish driver Pedro Hiltbrand (Tony Kart/Vortex) both recovered several places in the heats. Antonelli could nevertheless put himself among them, also thanks to the increased scoring system used in the two closing rounds of the series.

The Russian Dmitry Matveev (Energy Corse/TM) confirmed to be among the main candidates to the title in the smallest category, thanks to three heat victories, despite the absence of some of his direct rivals. The Poles Jan Przyrowsky (Parolin/TM) and Maciej Gladysz (Parolin/TM) were among the quickest and claimed one win on Thursday and one on Friday, while the Croatian Mark Kastelic (KR/TM) and the Dutch Rene Lammers (Parolin/TM) also claimed one success each.

Check out the full standings in OK, Junior, Mini 60 and KZ2.

No time to rest for the participants of the WSK Super Master Series, back on track on Saturday, July 4th, for the Prefinals and Finals of Round 3, followed by the closing races of Round 4 on Sunday, July 5th.