Nikita Bedrin confirmed his superiority in the OK class by dominating the last and most important race in the Third Round of the WSK Super Master Series, on Saturday, July 4th, in Adria. Andrea Kimi Antonelli, second, jumped to the lead of the standings while Taylor Barnard took a deserved podium finish. 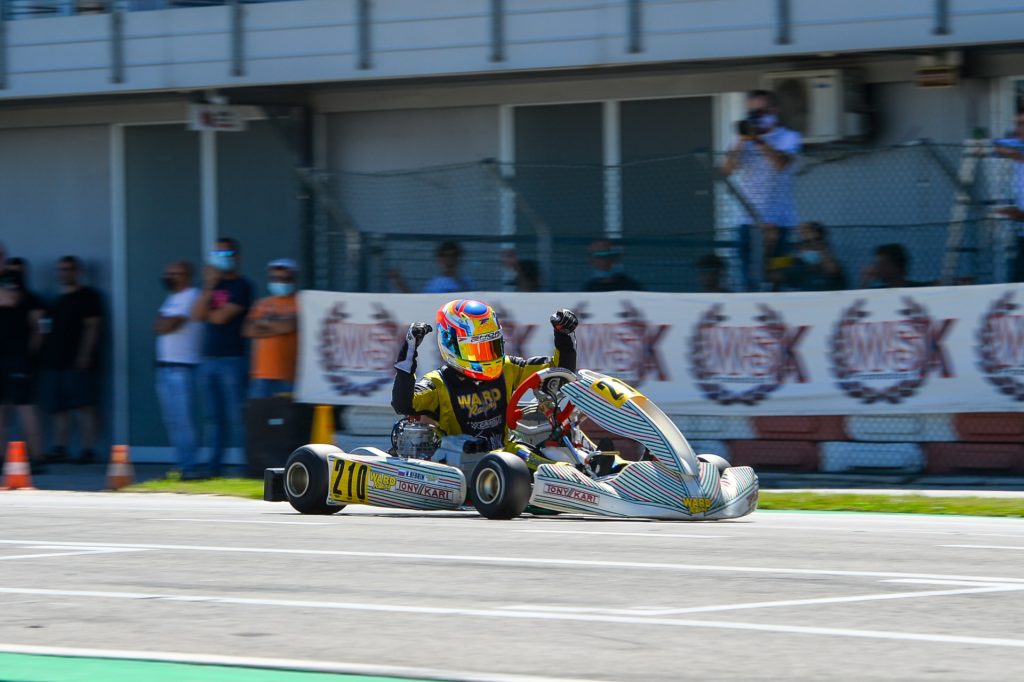 Nikita Bedrin (Tony Kart/Vortex) went all the way to the end in Adria by winning both the OK Prefinal A and Final. The Italian Andrea Kimi Antonelli (KR/IAME) however scored an interesting amount of points after winning the Prefinal B and finishing second in the final race, pushing him on top of the standings before the final round of the competition on Sunday.

The Brit Taylor Barnard (KR/IAME) also rose as one of the class’s main protagonists with third place. Pedro Hiltbrand (Tony Kart/Vortex), despite a good recovery from a difficult Qualifying, had to settle for fourth position but remains second in the series, eight points behind Antonelli. Joe Turney (Tony Kart/Vortex) did not have the best of Finals after a contact relegated him to 29th. The Brit consequently lost the head of the standings and is now third with a 27 point-deficit over Antonelli.