Kirill Smal (OK), Andrea Kimi Antonelli (OKJ) and Rashid Al Dhaheri (60 Mini) came to the fore in the Qualifying heats of the WSK Euro Series on the Adria Karting Raceway, ahead of the final races scheduled this Saturday in the Venitian night! 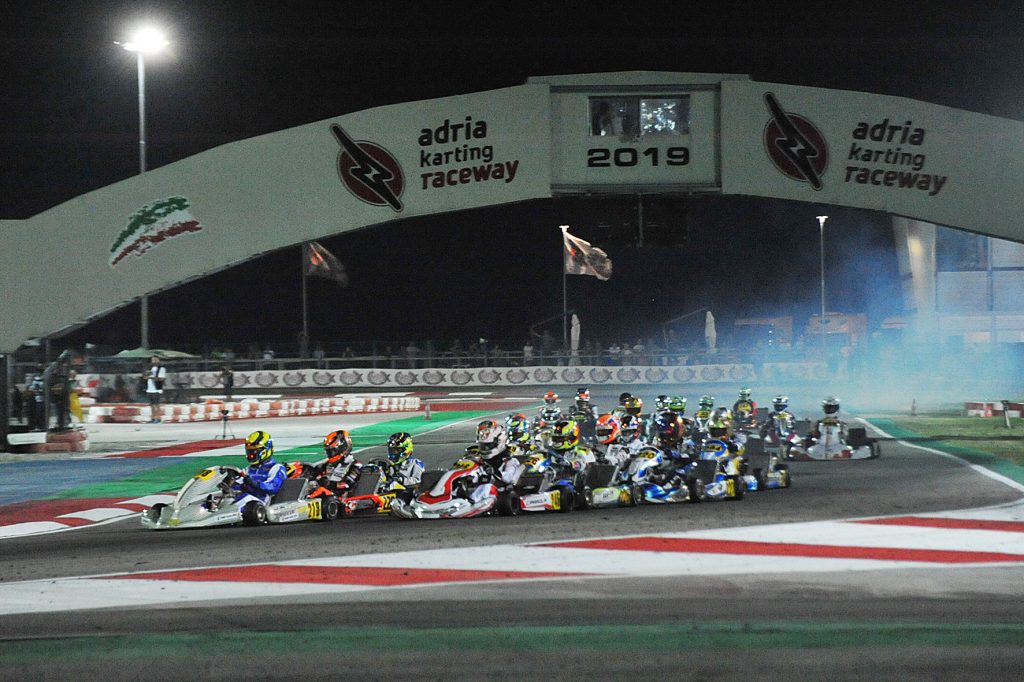 A total of 19 heats have been run at the Adria Karting Raceway in the three categories last night. Up for grabs in the fourth and closing round of WSK Euro Series are the final victories of classes OK, OK Junior and 60 Mini with 160 verified drivers coming from 37 countries all over the world challenging each other. The winners will be named tonight at the end of Prefinals and Finals that will close the racing program.

The Russian Kiril Smal (Tony Kart/Vortex) has been the best in OK and secured himself a Pole position start in the Prefinal during the three Qualifying Heats. The Italian Gabriele Minì (Parolin/TM) won one heat and will start next to him. The second row of the grid will be occupied by the Brits Taylor Barnard (KR/IAME) and Harry Thompson (FA Kart/Vortex) that were the best of the rest. Current classification leader Lorenzo Travisanutto (KR/IAME) is still in the game. The Italian was only 24th in Qualifying but improved progressively in the heats climbing up to P7 and envisaging for further improvement.

OK Junior’s classification leader Andrea Kimi Antonelli won two heats and claimed the Pole position of Prefinal A, confirming the good potential that allowed him to post the fastest time in Qualifying practice. The Italian Alfio Spina (both on KR/IAME) did not take any win in the heats but put in a regular pace and will start next to him. The Dutch Laurens Van Hoepen (FA Kart/Vortex) also claimed several good placings and will start Prefinal B from the Pole position. He will lead the Russian Nikita Bedrin (Tony Kart/Vortex). The other heat-winners had tougher luck instead. These are the Dutch Thomas Ten Brinke (FA Kart/Vortex), the Russian Artem Severiukin (Tony Kart/Vortex) and the American Ugo Ugochukwo (FA Kart/Vortex): they compromised their starting position due to some hiccups in the other heats.

Three wins in four heats earned United Arab Emirates’ Rashid Al Dhaheri (Parolin/TM) the Pole position of Prefinal A. The second place on the starting grid has been taken by the Russian Kirill Kutskov (Energy/TM), who won one heat. The Italian Manuel Scognamiglio (Tony Kart/TM) also won one heat and will start Prefinal B from the Pole position. Francesco Marenghi (Energy/TM) will start next to him thanks to some good placings. The Russian Dmitriy Matveev (Energy/TM) and the Bulgarian Nikola Tsolov (Parolin/TM) won the other heats but were not constant enough. Classification leader William Macintyre (Parolin/TM) earned a spot on the third row of the grid.