The 2020 season of the Tony Kart Racing Team kicked off under excellent auspices at the First Round of the WSK Super Master Series. Pedro Hiltbrand conquered victory in the OK class and Jimmy Hélias finished third in Mini 60. 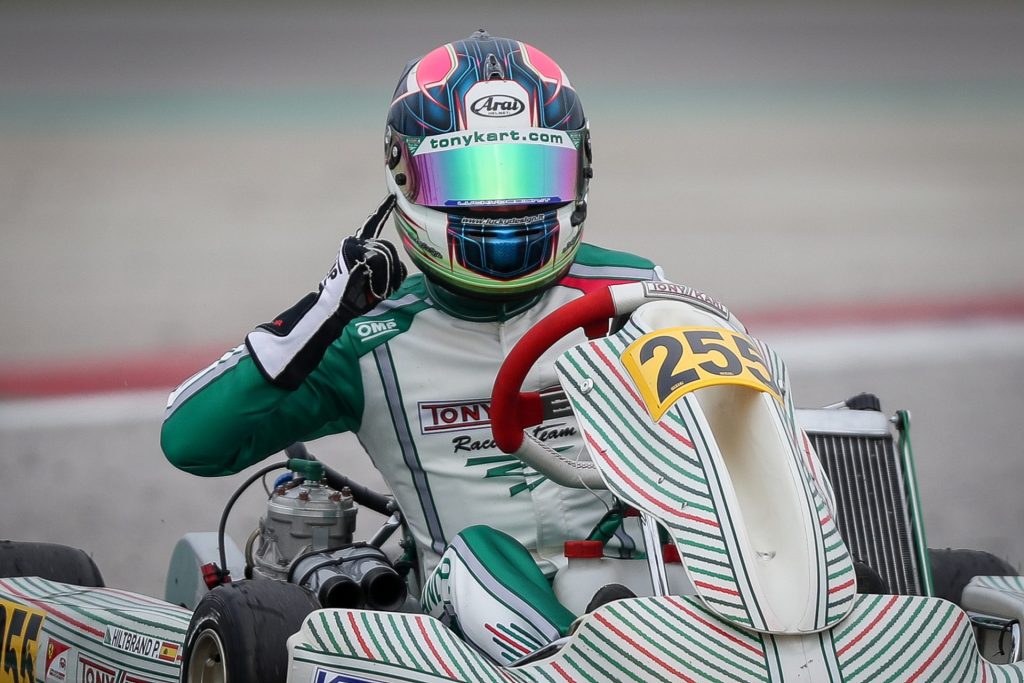 Hiltbrand’s success in the Senior class came at the end of an eventful Final in which the former World Champion made the most of his Tony Kart chassis to conquer top positions. The Spaniard’s weekend had not got off to a good start in Qualifying, forcing him to fight his way back up the order in the heats where he gained 26 positions in four races.

Joseph Turney was also among the protagonists last weekend, winning two heats and a Prefinal. The Englishman started from the pole position and remained in the lead for most of the decisive race. Unfortunately, contact with an opponent four laps from the chequered flag forced him to give up any chances of victory. Lorenzo Travisanutto also ended up on the wrong side of luck after retirement in Prefinal put an early end to his weekend.

Tony Kart drivers in the Mini 60 class brought home excellent results as well. Jimmy Hélias’ third place confirmed the Frenchman’s progress who recovered eight positions in the Final after the great performances throughout the Qualifying Heats and Prefinal. The debut of the American Kai Sorensen, eighth after a comeback, and the 13 position-recovery by James Egozi proved again the top-quality of the new 2020 ‘Rookie’ chassis by OTK. The performances carried out by Andres Cardenas and Jules Caranta were also very positive.

Tony Kart drivers proved to be very competitive in OK-Junior too where they hardly fought for victory with Karol Pasiewicz. The Pole was the protagonist of an amazing weekend with a victory, two second places and four best laps in the Heats, followed by a victory in Prefinal. It is a pity that in the Final, Karol’s race was interrupted by the yellow flags waving during four laps. He ended up in fourth place.

Harley Keeble and Aiden Neate were also making progress with the latter recovering 16 positions in Prefinal before entering the decisive race. The two Englishmen delivered another convincing performance, recovering seven and five positions respectively. Pity for Maxim Rehm, forced to withdraw from the Prefinal after collecting three Top Ten-results in the previous Heats.

The Tony Kart Racing Team is now preparing for its next appointment in two weeks at the South Garda Karting of Lonato for the 25th Winter Cup in which the OK, OK-Junior, Mini ROK and KZ2 categories will take part.