Kirill Smal (OK), Arvid Lindblad (OK-Junior) and German Foteev (Mini 60) rose to the top of each class’s provisional ranking at the conclusion of Saturday’s Qualifying Heats that took place on the Adria Karting Raceway, host of the opening round of the WSK Super Master Series. 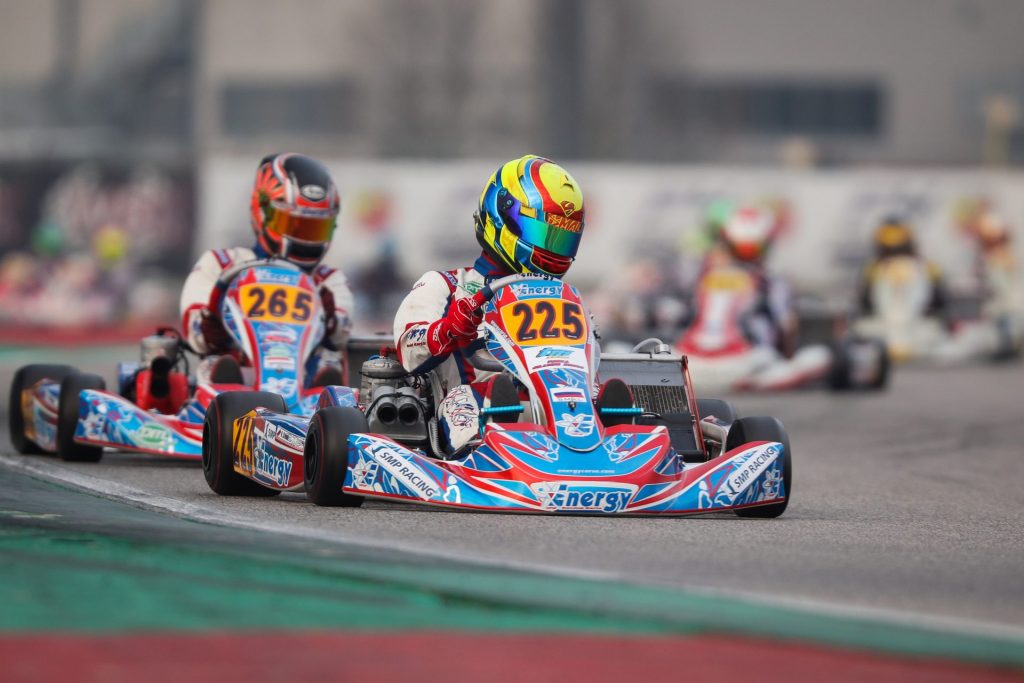 Kirill Smal had a fruitful day at the office on the Adria Karting Raceway, leading the OK provisional classification ahead of the Prefinals (© Alex Vernardis).

Following his successful season debut at the WSK Champions Cup where he finished second, Kirill Smal (Energy Corse/TM) once again showed his ambitions in Adria by taking the leading spot of the OK class with four wins in as many Qualifying Heats. The young Russian will, therefore, start Sunday’s Prefinal A from pole position. Second overall, Joe Turney (Tony Kart/Vortex) reached the Top Three on four occasions, including two victories, and will lead the field at the Prefinal B’s start.

Enzo Trulli (KR/IAME) accumulated three second-place finishes that earned him the provisional third place ahead of Andrea Kimi Antonelli (KR/IAME), winner of one race. Robert De Haan (Energy Corse/TM) concluded his day in fifth position ahead of Taylor Barnard (KR/IAME) who won twice. Nikita Bedrin (Tony Kart/Vortex) couldn’t turn his pole position into winning results and ended up 11th while Harry Thompson (KR/IAME) had his strong string of performances spoiled by a late retirement pushing him down to 14th in the classification.

Arvid Lindblad (KR/IAME) added two more wins to his positive debut on Friday to lead the OK-Junior field ahead of Karol Pasiewicz (Tony Kart/Vortex), winner of his last race. Both will start Sunday’s Prefinal A and B from pole position respectively. Alfio Spina (KR/IAME) recovered well from a difficult Qualifying to third place overall thanks to three Top Four-finishes, including a victory.

Jan Przyrowsky (Parolin/TM) was classified in fourth position in front of Kean Berta Nakamura (KR/IAME), whose pace in Adria helped him recover from 29th to fifth position with three wins. The fastest on Friday, Dmitry Matveev took two heat wins but a troublesome last race made him fall the order down to 14th, one rank behind Guillaume Bouzar (Parolin/TM) whose last race did not go according to plan after claiming two wins.

The opening round of the Super Master Series reaches its conclusion on Sunday with the Prefinals and Finals of each class. Tune in on our live timing / streaming page from 08:50 am!