Less than a week following the Champions Cup, the 2020 Karting season has taken its cruising speed with the kick-off of the WSK Super Master Series on the Adria Karting Raceway to last until Sunday, February 2nd. More than 220 drivers hit a dry Italian track on Friday afternoon for the usual Qualifying sessions where Nikita Bedrin (OK), Brando Badoer (OK-Junior) and Dmitry Matveev (Mini 60) topped the timesheets before the first heat races. 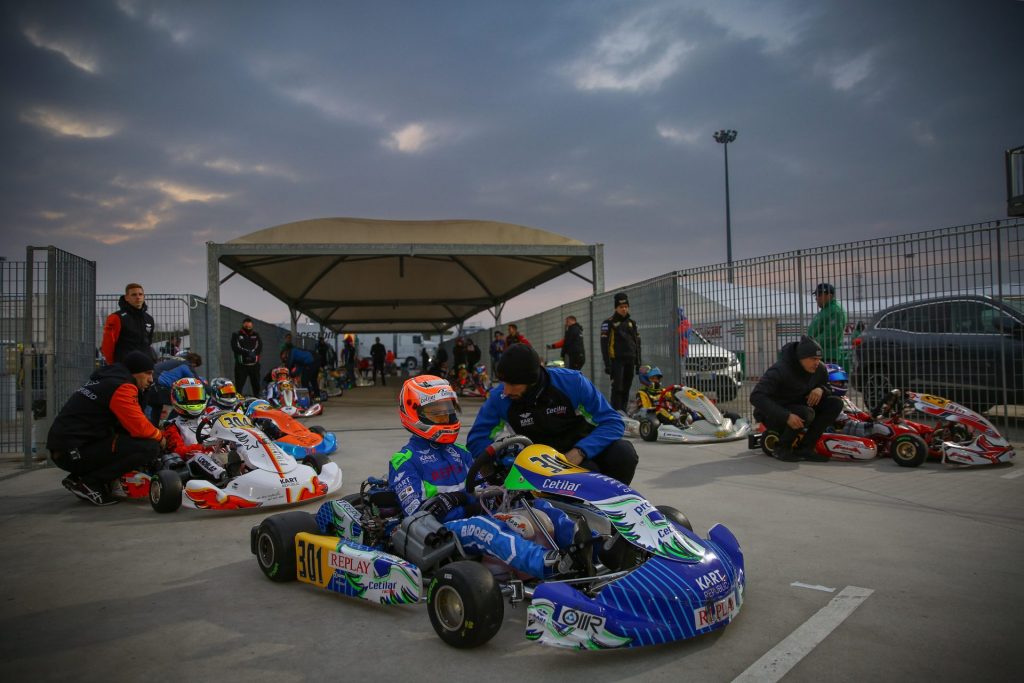 Already amongst the fastest at last week’s WSK Champions Cup, the Russian Nikita Bedrin (Tony Kart/Vortex) set the qualifying pace in an OK class filled with 71 competitors. The Ward Racing driver took the fastest performance in the first of the three series and could not be caught, not even by Enzo Trulli (KR/IAME), the fastest in the second group. Polesitter last weekend, Andrea Kimi Antonelli (KR/IAME) was fastest in the last series but had to make do with the third-best time ahead of Dilano Van’t Hoff (Exprit/TM) and Kirill Smal (Energy/TM). WSK Champions Cup winner Taylor Barnard (KR/IAME) was ninth, OK World Champion Lorenzo Travisanutto 16th for his season debut with the Tony Kart Racing Team.

The 73 entrants of the OK-Junior category were the first on track on Friday afternoon. For the second week in a row, the Italian Brando Badoer (KR/IAME) topped the Qualifying’s timesheet after benefiting from improving conditions in the second series. Tymoteusz Kucharczyk (RK/TM) put his Robert Kubica chassis up in second position in front of Christian Ho (KR/IAME), faster than the rest in the third group, Karol Pasiewicz (Tony Kart/Vortex) and Ugo Ugochukwu (Kosmic/Vortex). Winner of the WSK Champions Cup a few days ago, Alfio Spina (KR/IAME) was 17th.

The most-crowded of all three classes with 85 drivers, the Mini 60 class concluded the qualifying exercise with Dmitry Matveev (Energy Corse/TM) taking the highest spot. The Russian emerged in the second group with a faster lap than Marcus Saeter (Energy Corse/TM) in the opening series. The latter was eventually pushed down to third place by Maciej Gladysz (Parolin/TM). Jan Przyrowsky (Parolin/TM) took the class’s fourth-best lap time ahead of Anatoly Khavalkin (Parolin/TM), in contention for a second consecutive win in Adria after the WSK Champions Cup.

Competition is back tomorrow morning on the Adria Karting Raceway with the next Qualifying Heats of the WSK Super Master Series unfolding from 10:35 am and that you can follow on our live timing page.