The Tony Kart Racing Team has unveiled its provisional driver line-up ahead of the start of the 2020 racing season. 14 names are to defend the Italian Manufacturer’s colors in Mini 60, OK / OK-Junior, KZ / KZ2 in a program including FIA Karting European and World Championships as well as WSK Promotion Series. 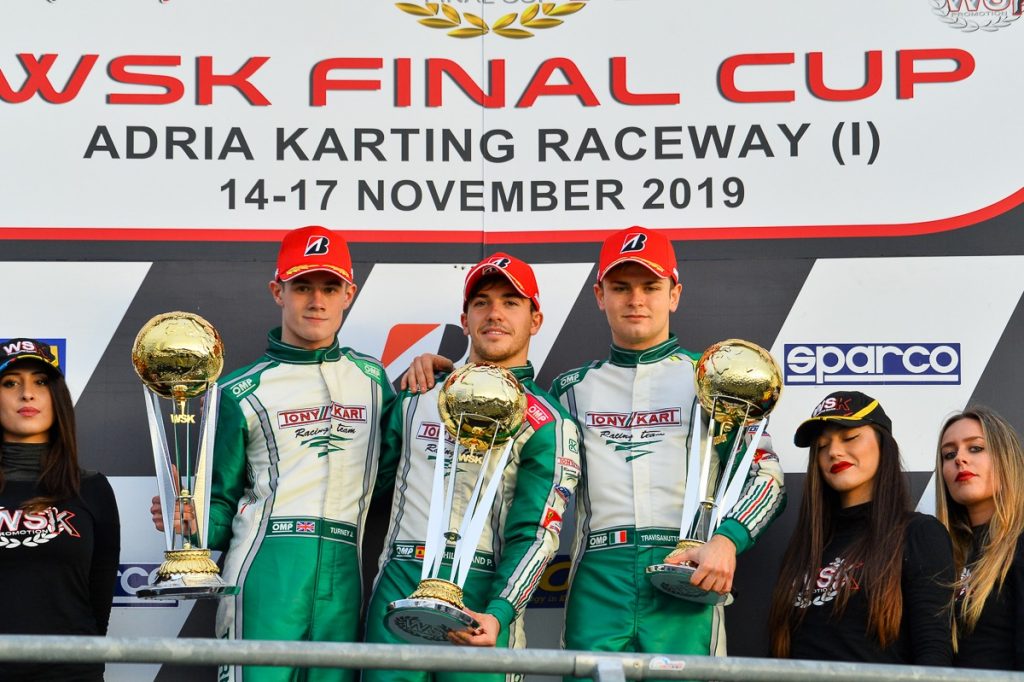 The Tony Kart Racing Team is looking forward to getting on track for what will be another intense karting season. The calendar is full of meetings and challenges including all FIA Karting and WSK traditional competitions (at the exception of Champions Cup) besides the classic Winter Cup at Lonato.

Tony Kart drivers will rely on the performances brought by the “Racer” 401R chassis for the KZ / KZ2, OK and OK-Junior categories while 60 Mini competitors will use the new Tony Kart “Rookie” 2020 in accordance with CIK-FIA regulations. Vortex engines will once again equip the team’s chassis.

Regarding the list of official drivers, Tony Kart will count again on Simo Puhakka in the KZ class since the departure of Marco Ardigo and Matteo Vigano. Having joined Tony Kart from CRG in late 2019, Pedro Hiltbrand will take up a double challenge of competing alongside Puhakka in the KZ races of the FIA Karting calendar while also defending the Italian team’s colors in OK. His teammates in the direct-drive category will be the same as last year in the two-time World Champion Lorenzo Travisanutto and Joseph Turney, joined by Diego Contecha for his debut in OK after competing one step below in 2019 with Lennox Racing.

In OK-Junior, Aiden Neate will start his first full season with the team after debuting with them in WSK races in late 2019, together with Karol Pasiewicz, Maxim Rehm and Eron Rexhepi.

The 60 Mini line-up also offers impressive representation with the arrival of the American Kai Sorensen, back from his recent success at the Superkarts! USA SuperNationals of Las Vegas. He will be joined by Jimmy Helias, Andreas Cardenas, Jules Caranta and James Egozi.

These are the already confirmed drivers but other negotiations are being defined. We will keep you up to date as soon as further information is available to complete Tony Kart’s driver line-up for 2020.