Following the recent news that FA Kart will transition to Kart Republic chassis in the future, Ricky Flynn Motorsport (RFM) has decided to go for a change in 2020, swapping FA Kart for Kosmic, another homologated chassis brand in OTK Kart Group’s catalog, the British Karting team announced on social networks, while revealing an updated color scheme! 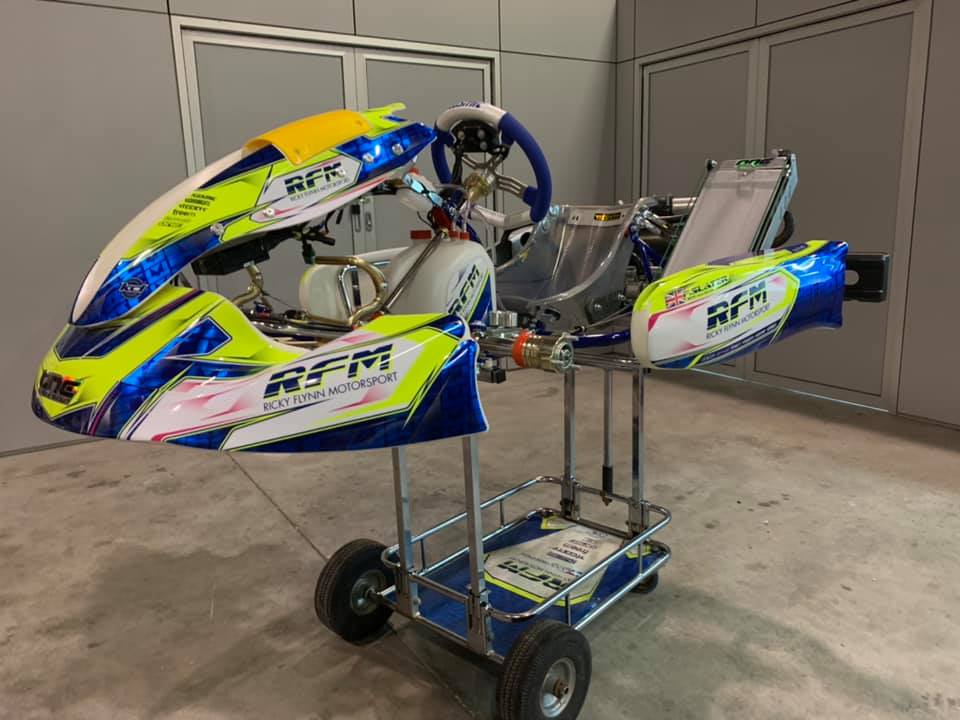 Update: This article is an updated version of the announcement published on January 9th including comments from Team Manager Ricky Flynn (below).

The move, expected since British Team Manager Ricky Flynn had already informed us that his team would continue using OTK chassis at least until the end of the current homologation, bears a more symbolic than significant meaning, especially considering that Kosmic and FA Kart have virtually identical chassis models.

As we reported last month, Alonso Kart is parting ways with its long-time chassis supplier OTK to partner Kart Republic, starting with the new CIK-FIA homologated Mini category. This transition prompted speculation surrounding the future of FA Kart and whether or not OTK was willing to keep it within its catalog of brands.

“Decision was made at the end of 2019,” Ricky Flynn confirmed to us. “When the Alonso Kart brand wanted to move to a new partnership with Kart Republic, we decided to stick with OTK, especially as we run their engine brand, Vortex. We were aware it was going to happen, I guess they both had their reasons to do that.”

“There were options for change but the most logical decision was to remain with our partner. Since 2007, OTK has been a crucial part of our success thanks to their amazing help and services. We didn’t want to jeopardize any of that.”

At the same time, RFM unveiled their updated livery revealing a touch of slight pink around the team’s logos displayed on the kart’s nose, front and side bumpers in what points to a discreet reference to Kosmic livery. The usual blue-and-yellow ensemble remains pretty much unchanged.

“We chose Kosmic because of the color similarities with our own scheme”, Ricky Flynn adds. “We change our livery every year and for 2020, we decided to add a touch of pink and go for a slightly different blue.”