The 19th edition Rotax MAX Challenge Grand Finals winners were crowned last Sunday at the Circuito Internacional Paladino in Conde, Brazil. The thrilling event came to an end after a week of intense and exciting racing around the 1,280-meter track, during which 360 drivers from 55 nations battled out to win this great honor. 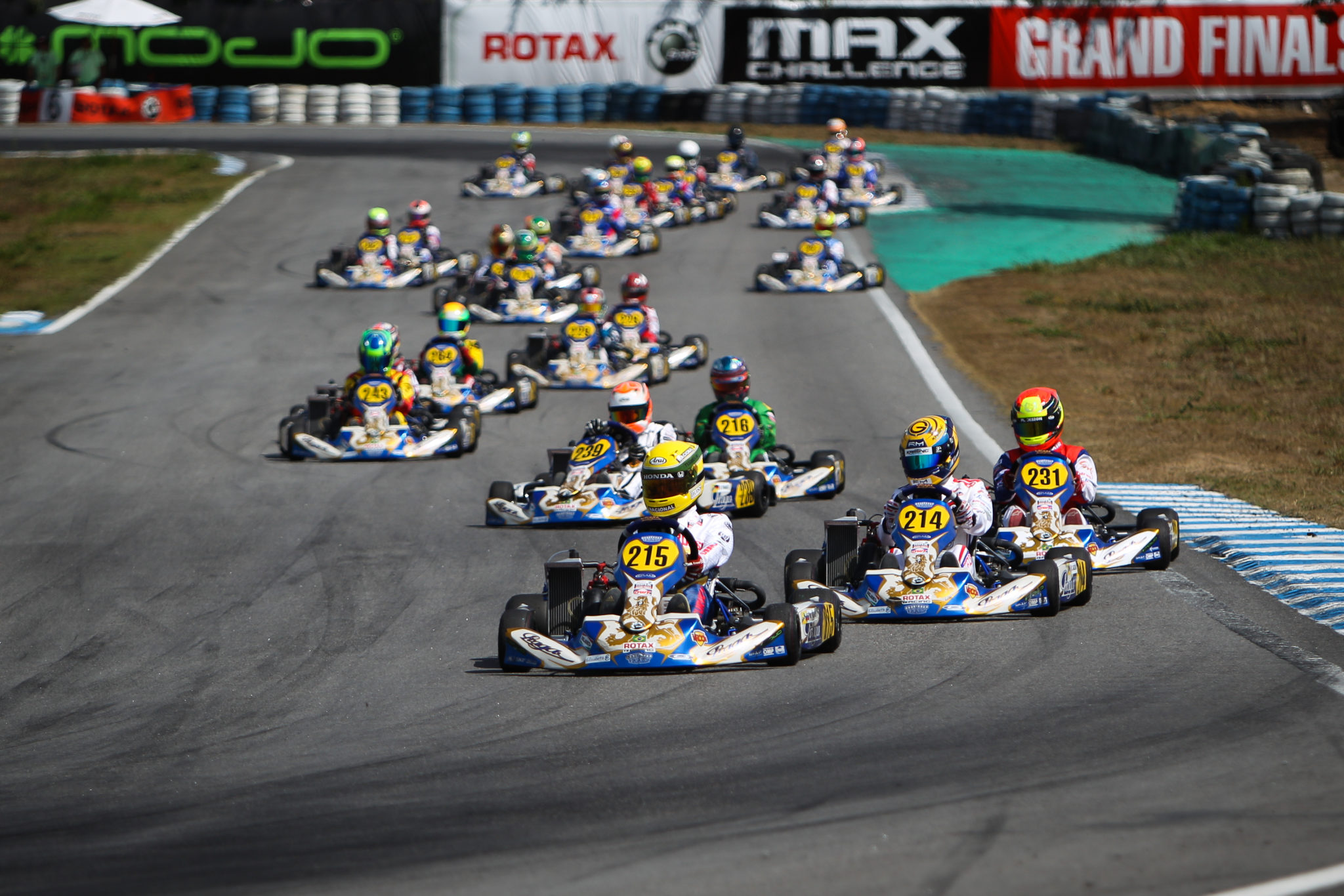 This year, the event took place for the first time on South American soil. Boasting the World’s greatest elevation change in Karting, the Paladino circuit offered drivers both a technical and fast-flowing track. Although did appear occasionally throughout the week, constant temperatures around the 30-degree mark were welcomed albeit creating challenges for the drivers.

The location was a different one for the teams, drivers and BRP-Rotax. Organizing such an event where all chassis, engines equipment are provided individually by the organizers to the competitors is a colossal task every year, however, for this edition presented the added task of transporting to Brazil 18 containers of over 102 tonnes in total and the 200-people strong team working on the event.

“What really makes this event different is the fact that every driver gets a fair chance to win thanks to the raffle system through which a randomly drawn chassis and engine package are provided to each entrant. This would not be possible without the close relationship between BRP-Rotax and our three long-term chassis partners Birel ART, IPKarting (Praga) and Sodikart,” declared Peter , Vice-president of Rotax Propulsion Systems.

After the thrilling and extremely hard-won racing, BRP-Rotax crowned the 2018 winners as follow:

The Rotax THUNDeR was the e-kart presented in its category’s races. It was also used this year in the German electric kart championship, the DEKM (Deutsche Elektro-Kart-Meisterschaft). Developed in cooperation between RIC TECH GmbH and S.M.R.E.’s subsidiary IET S.p.A., the Rotax THUNDeR powerpack features chassis specially designed by Sodi and based on the Sigma DD2.

The FIA-Americas 2018 E-Karting Cup team consisted of 14 drivers. The top four drivers then competed for the race taking place at the beginning of the week and in Sunday’s DEKM Rotax Grand Finals 2018. “The e-kart races having been integrated into the RMCGF schedule makes timing challenging for the Rotax team. Nevertheless, the RMCGF was the perfect opportunity to present to the karting world the Rotax THUNDeR – Rotax’s and IET’s newest “ added .

“The Rotax MAX Challenge Grand Finals is not just about winning, it is also about the people and the unforgettable experience,” declared Team Contest Winner 2018 Gaby van den Burgt (team The Netherlands).

The Nations Cup was awarded to Brazil.

The location of the Rotax MAX Challenge for the coming year was announced at the Driver’s Party. It will be the Circuito Internazionale Napoli in Sarno, Italy, to host the 20th edition of the Grand Finals in 2019.