The WSK Euro Series got off on the right foot for the Kosmic Kart Racing Department which proved to be reliable in both direct-drive categories OK and OK-Junior on the Circuito Internazionale di Napoli in Sarno. 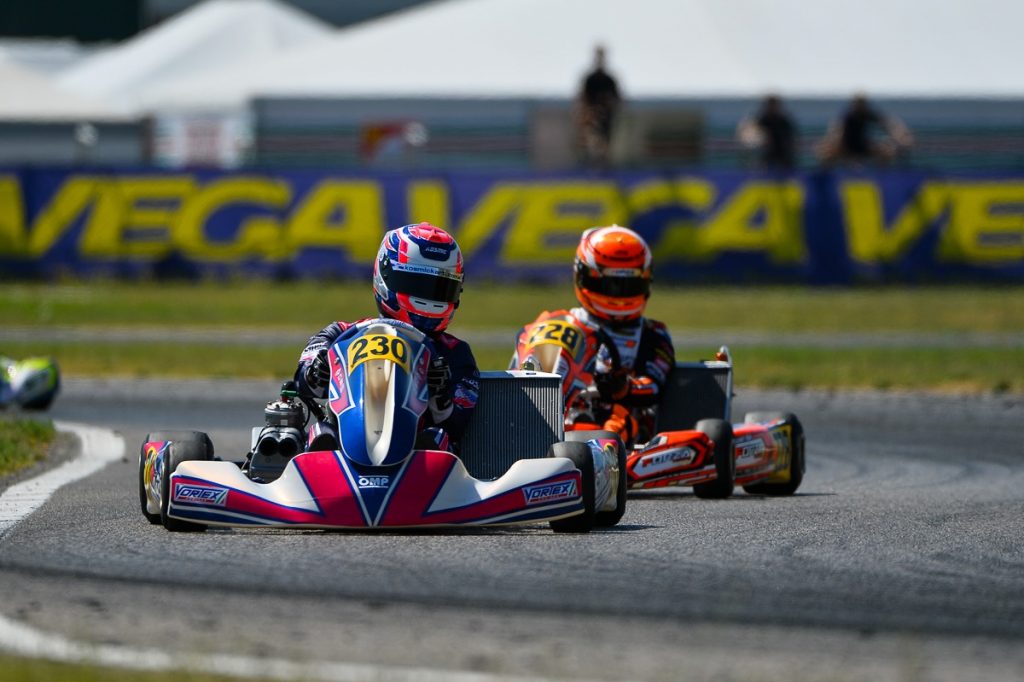 Another good weekend for the Kosmic Kart Racing Department at Sarno. The First Round of the WSK Euro Series showed the good quality of the work carried out so far and how competitive the Kosmic Mercury R – Vortex duo is on a binding track and in very hot weather conditions.

In the OK category, Luigi Coluccio rose as one of the most competitive drivers of the whole weekend. The Italian centered an important result with the seventh position in the Final after fighting for the podium at some point. His result followed a brilliant fourth place in Prefinal and good Qualifying Heats, always concluded in the upper part of the field.

The Kosmic drivers strongly stood out in the OK-Junior class too. Alexander Gubenko, the team’s standard-bearer, conquered the seventh position by overtaking four opponents with great determination. Alexander made the difference in the heats where he constantly gained ground and rounded up the Prefinal in sixth place.

The Belgian Ean Eyckmans also carried out improving performances, although his path turned out to be more complicated than his teammate’s. Good results were eventually affected by a penalty in the latest heat, forcing the Belgian to start from the backlines in Prefinal.

After the first round of the Euro Series, the Kosmic Kart Racing Department is back to work to get ready for the opener of the Champions Of The Future series by RGMMC, taking place on the Circuito Internacional de Zuera in Spain this weekend. The team will line up drivers in the OK and OK-Junior categories.