Oliver Gray could not have foreseen a better start to his WSK Euro Series, this weekend on the Circuito Internazionale di Napoli at Sarno! Fastest in Qualifying, leader after the heats, the British driver concluded on a victory in the Final against Andrea Kimi Antonelli and Juho Valtanen. 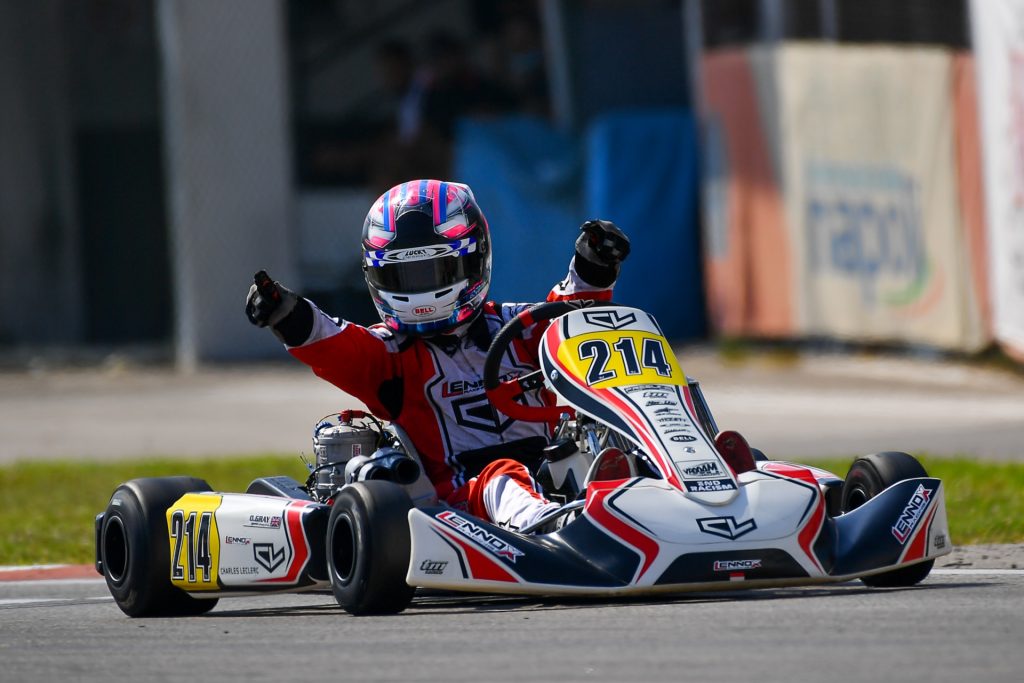 After that Juho Valtanen (KR/AME), victorious of Prefinal B, took an initial lead in the early stages of the OK Final, Oliver Gray (Birel ART/TM) move up to first place and maintained himself ahead of the field until the finish line!

Andrea Kimi Antonelli (KR/IAME) managed to climb from seventh up to second while Valtanen had to settle for third place. Dilano Van’t Hoff (Exprit/TM) finished fourth ahead of Matheus Morgatto (Parolin/TM) and Taylor Barnard (KR/IAME).