Riccardo Longhi ended up with the greatest satisfaction in the KZ2 class, winning both the Prefinal and Final at the First Round of the WSK Euro Series, held on Sunday at the Circuito Internazionale di Napoli near Sarno. Adrien Renaudin stepped onto the podium ahead of Giuseppe Palomba. 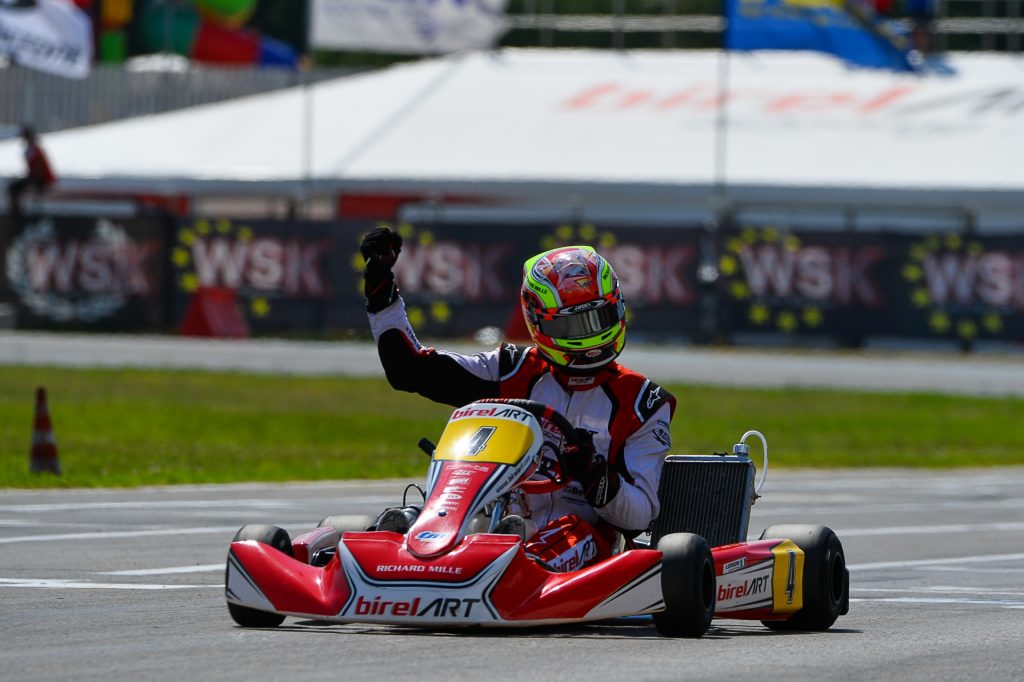 Riccardo Longhi (Birel ART/TM) achieved a solid victory from start to finish in front of the Frenchman Adrien Renaudin (Sodikart/TM), who went for second straight in the opening stages, and Giuseppe Palomba (Birel ART/TM), second after the start and then third up to the checkered flag.

Simo Puhakka (Tony Kart/Vortex) started from the front row, lost several positions at the start but then recovered part of them up to fourth. Jeremy Iglesias (Formula K/TM) crossed the finish line in fifth place ahead of Alex Irlando (Birel ART/TM).