During the last race meeting of 2019 at the Adria Karting Raceway, the drivers of the Kosmic Kart Racing Department showed all their potential and tenacity under unpredictable conditions mixed with a bit of bad luck. 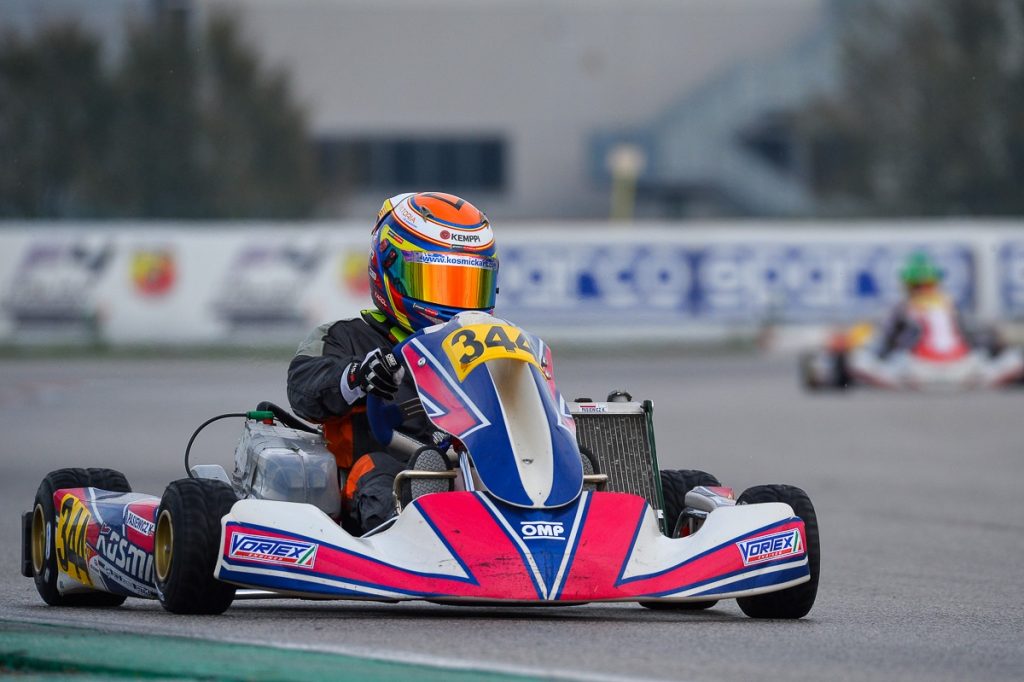 With an intense weekend of WSK Final Cup, an exciting 2019 came to an end for the Kosmic Kart Racing Department. The changeable conditions met at the Adria Karting Raceway, with pouring rain alternating with dry asphalt, didn’t make the job easy for the Italian team and its drivers, who still showed off important improvements despite the difficulties and a bit of bad luck.

The proof came from the drivers entered in OK-Junior where Miron Pingasov closed the Qualifying Heats firmly in the top ten. The Russian proved to be familiar with the Kosmic material in the Prefinal too that he concluded just outside the top ten. The decisive race, however, wasn’t easy due to the start in the middle of the line-up but this didn’t affect the driver’s performance throughout this three-day-race.

Alexander Gubenko drove well in the heats while Karol Pasiewicz had to deal with two retirements. He still had great potential, notably in the Prefinal where he recovered ten positions up to the top ten, just like Alexander. In the Final, after some exciting initial stages, the team’s standard bearers took again part in the victory fight but Gubenko was forced to withdraw due to a contact in the last lap.

In OK, Luigi Coluccio proved to be very competitive in Adria but the race conditions didn’t allow him to collect what he deserved. Seventh in Qualifying, the Italian reached fourth and fifth places in the Heats and ended the Prefinal in fifth. A penalty, however, stopped his momentum and forced him to start in the Final from the middle of the grid, which compromised his final result.