The drivers of the Exprit Racing Team saw their efforts paying off and continued on their growth path at the Second Round of the WSK Super Master Series, last weekend at South Garda Karting. 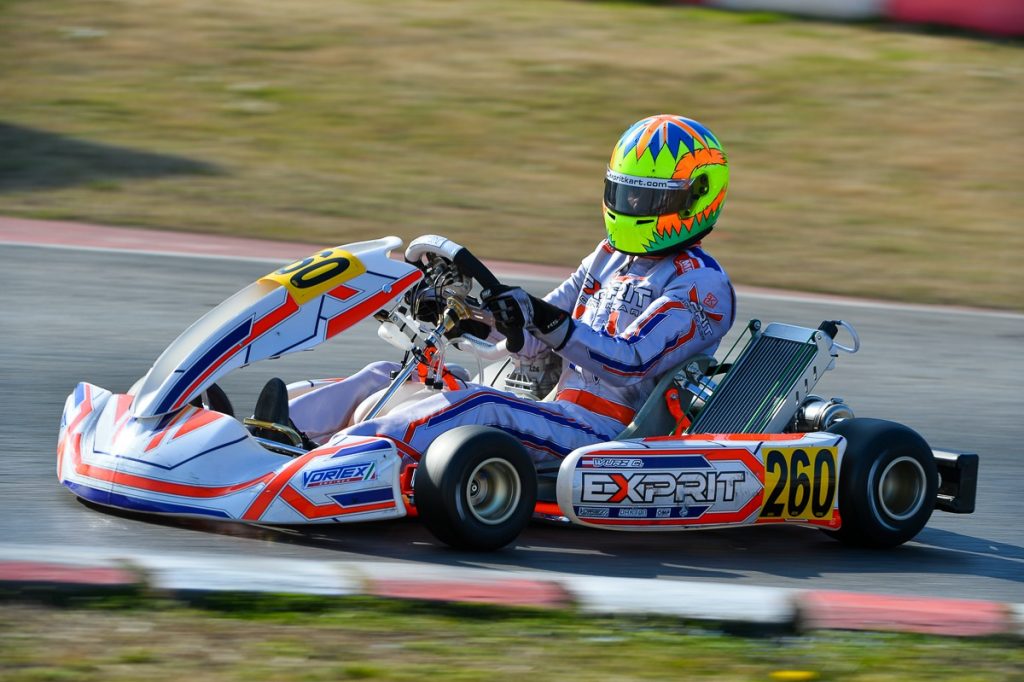 The second meeting of the WSK Super Master Series ended in a positive manner for the Exprit Racing Team. In a race with 94 drivers in OK-Junior and 85 in OK, the drivers and the staff managed to make the most of the experience gained in the first races of 2020.

In OK, both Charlie Wurz and Kajus Siksnelis started off on the right foot since Qualifying. The Austrian took the eighth position of his group and concluded each of his heats in the Top Ten, with sixth place as best result. In Prefinal, he further improved, crossing the finishing line in fifth position. The post-race checks then canceled his result with a penalty which didn’t prevent Wurz to successfully end his weekend with a seven-position comeback in Final.

Kajus Siksnelis also delivered a good performance with the sixth place of his group in Qualifying. In the Heats, instead, his run was interrupted by a penalty. In Prefinal, the Estonian gained another tenth place, followed by a difficult Fina disrupted by some contacts.

More complicated weekend in OK-Junior for Oscar Wurz who had to deal with a few retirements during the Qualifying Heats, despite good recoveries which proved his potential.

Besides the official team, Exprit rose as one of the protagonists of the Second Round of the WSK Super Master Series with the Forza Racing Team. In OK, Dilano Van’T Hoff, fourth in qualifying, took a second and two third places in the heats, won his Prefinal and fought for top positions in the decisive race that he concluded in sixth. Maxwell Dodds, entered in OK-Junior, claimed the overall sixth position after recovering seven ranks.

The drivers of the Exprit Racing Team in OK-Junior and OK will be back to the track in two weeks on the Circuito Internazionale La Conca in Maglie, Italy, stage of the Third Round of the WSK Super Master Series.