As the FIA Karting World Championship OK and Junior is getting closer, we look back today on the last round of the European Championship held in early August at Essay. If uncertainty prevailed in the Junior Final, the Senior category saw the superiority of one single driver trough its entire weekend. Recently introduced to Kart Republic, Britain’s Dexter Patterson showed no mercy on French soil and is willing to keep the momentum going in Sweden for the biggest event of the season! 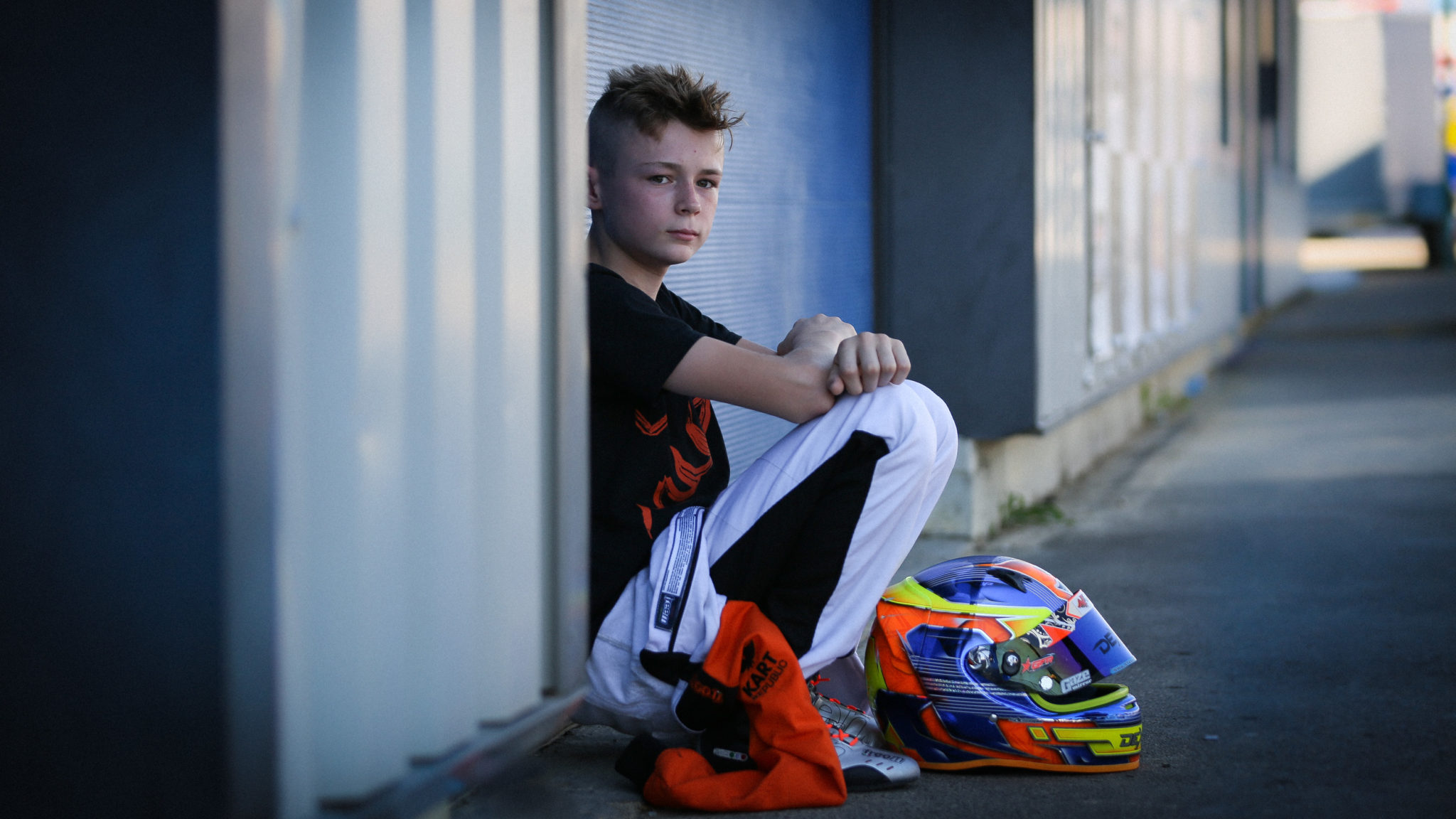 Winner of his entire round of Qualifying Heats on Saturday and Sunday morning, counting up for five wins and ten points, Dexter Patterson (Kart Republic) converted his impressive pace into victory by dominating the last and most important race of the weekend on the Aunay-Les-Bois racing track.

On Friday, things kicked off well for the new Kart Republic driver as he snatched pole position for 0.171 second from his fellow countryman Harry Thompson (Ricky Flynn Motorsport), enough to secure him the inside line at the first corner for the Qualifying Heats that would follow.

An advantage of which Patterson made the most use by winning his first four races on Saturday followed by a fifth and final win on Sunday morning. Beyond the results, not only could the young Brit not be beaten but he did so by showing no evident sign of weakness onto the twisty and bumpy track of Essay, finishing each of his Heats a second or more clear from the rest of the pack, mostly lead by Zane Maloney (Ricky Flynn Motorsport).

With such a momentum going, one would have been surprised to see Patterson defeated in the Final, even though past events in the European Championship have showed that no performance has to be fully taken for granted before drivers have their final say on Sunday’s afternoon race.

Starting from pole, he dived into the fast turn 1 of Essay with Thompson on his tail. The 2017 Junior European Vice-Champion managed to stay close within half a second in the opening laps, in search of a open door, before losing around three tenths per lap.

With a first victory at the end of a difficult season, Dexter Patterson concluded his first year in the OK class on the highest note possible. Backed by this late success, he has moved from 23rd to 8th in the overall drivers ranking with 41 points.

An impressive return and the best proof that moving from Forza Racing, the team with which he won last year’s Junior World Championship at PFI, to join Kart Republic ahead of Essay, was certainly not a bad decision.

“We have had a good weekend,” said Patterson after the Final. “Obviously, I’m in a new team (Kart Republic, ed.) now and we seem to have done really well with the package. I feel very pleased with it.”

“I think probably the team change is one of the big factors,” he acknowledged. “It feels good after what had been a difficult start to the season. I struggled for pace but now I think we’ve got good pace to do well in the World Championships.”

A brilliant return that might boost the driver’s confidence as well as his team’s. Rickard Kaell, who runs Kart Republic alongside Dino Chiesa, confirmed to us at Aunay-Les-Bois that having Patterson claiming a win in such fashion is not due to chance.

“Dexter and I have worked together last year, so I know he’s good,” says the Swede. “Coming back with us, he did a great job. When I started working with him for his first year in Junior, in the beginning or halfway through the last season, he was good and then he improved to win the World Championship (at Paul Fletcher International, UK, ed.).“

“I think he’s been maybe a bit up and down but it’s tough out there and he learned more and more. So, I hope we can keep that going for the World Championship,” he concluded.

The 2018 FIA Karting World Championship OK and Junior will be held at the end of this week at Kristianstad, Sweden. A track which welcomed last year’s final round of the European competition including gearbox classes, KZ and KZ2.