The Birel ART Racing team entered the second international event of the season, the first of the four competitions of the WSK Super Master Series with an almost complete line-up of 17 drivers. Longhi in KZ2, Kucharczyk in OK and Van Langendonck in Mini were able to put in top performances, in the top five, or very close, while the field had strengthened even more since the WSK Champions Cup of the previous week. Birel ART Racing can confidently continue its preparation phase for the big events of 2021. 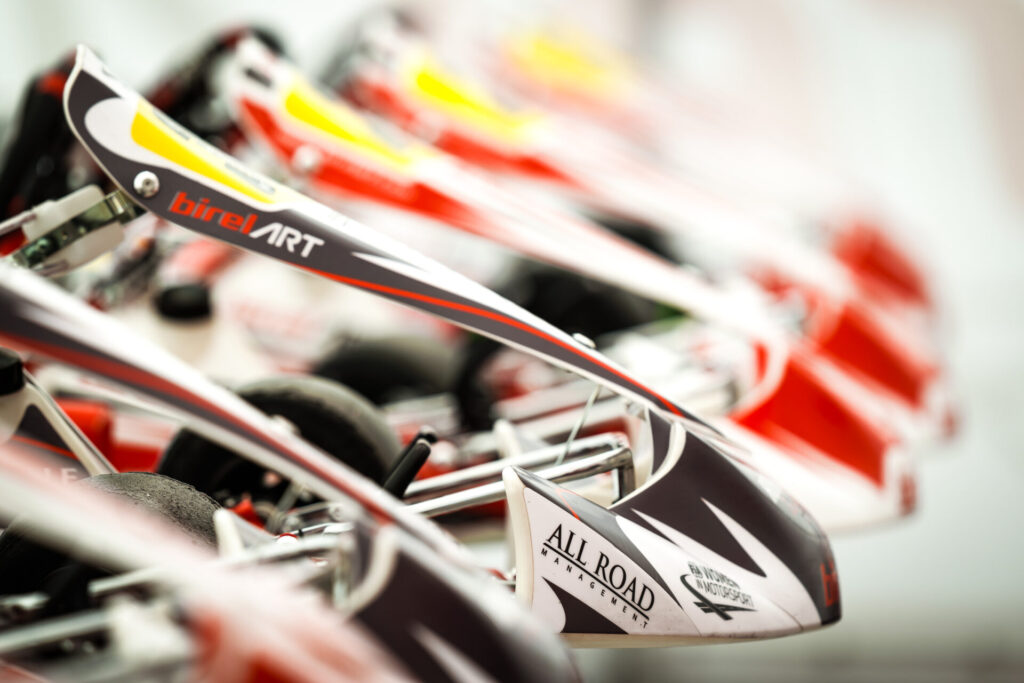 “The debut of our main KZ2 drivers on the scene went very well,” confided team manager Luca Filini. “Riccardo Longhi immediately proved to be very competitive, Giuseppe Palomba wasn’t far behind and Alessio Piccini quickly adapted to his new equipment before finishing in 10th position. On a Birel ART chassis with the Leclerc by Lennox Racing team, Viktor Gustavsson took another very convincing victory. Tymoteusz Kucharczyk confirmed his mastery in OK with a top-five as reward, whereas Cristian Bertuca was on a very good rhythm until the beginning of the Final, and Matheus Morgatto was back in competition after a long break.

“Our Junior drivers continue to develop their experience at this level and our Mini, Dries Van Langendonck, continues to make sparks fly. The technical staff is hard at work and we are confident for the rest of the season, especially for the next WSK Super Master Series event in a fortnight time in La Conca where KZ2 will not be present.”

Despite a less flattering time than in the WSK Champions Cup, Dries Van Langendonck once again reached sixth position in the Final against 115 opponents in Mini. Thanks to regular finishes in the top five of the heats, twice third and once second, and two fastest laps in the race, the driver supported by Alessandro Manetti was able to fight brilliantly in the leading group in the final stages.

The Swiss driver Ekaterina Luescher, selected by the Richard Mille Young Talent Academy, joined the other drivers of the Birel ART Racing team. She demonstrated a strong and promising attacking spirit in the highly competitive heats. Her team-mates were also continuing their apprenticeship at the top level in the middle of the pack after promising qualifications. Matteo Spirgel and Kimi Tani managed to qualify in the Final.

At the wheel of his RK / TM, Tymoteusz Kucharczyk inspired the Birel ART camp with a very convincing performance in the top five of the OK category. Cristian Bertuca wasn’t to be outdone and fought in the top 10 in the Final before having to retire. The Brazilian Matheus Morgatto found his bearings again after complicated Qualifying and heats. He made a 12-place comeback in the Final and reached 12th place for his first outing of the year. Nicolay Violentii and Max Angelard registered clear progress in the heats compared to the WSK Champions Cup.

The KZ2 field was both more extensive, with 71 drivers, and more challenging with the presence of the top KZ specialists. Birel ART was the best-represented brand with more than a quarter of the total entries. Riccardo Longhi immediately regained his ease in the race by finishing third three times in the heats with the fastest time. He fought for a long time in the top five of the Final before finishing in sixth position. Alessio Piccini made an excellent debut with Birel ART as he progressed from 29th position in the heats to the final top 10.

Giuseppe Palomba was also on a good pace already in Qualifying and he was able to finish in 12th position with a gain of five places in the Final. Within Team Renda Motorsport, Douglas Lundberg took 14th position despite some setbacks in the heats. Austrian Marcus Funda took the measure of his new chassis to make an overall comeback of 12 places during the meeting with his 27th position in the Final, whereas Sutumno Thanapongpan faced some problems in the heats that prevented him Qualifying this time.