His story is undoubtedly the perfect material for a screenplay. A 28-year-old guy accidentally goes to an indoor karting track. Driving a go-kart will soon absorb him completely and he will spend hours and hours in the rental kart until he moves to the high-performance category and finds the true sense of racing… This is how the karting career of the first Polish winner of the Rotax Euro Trophy began. 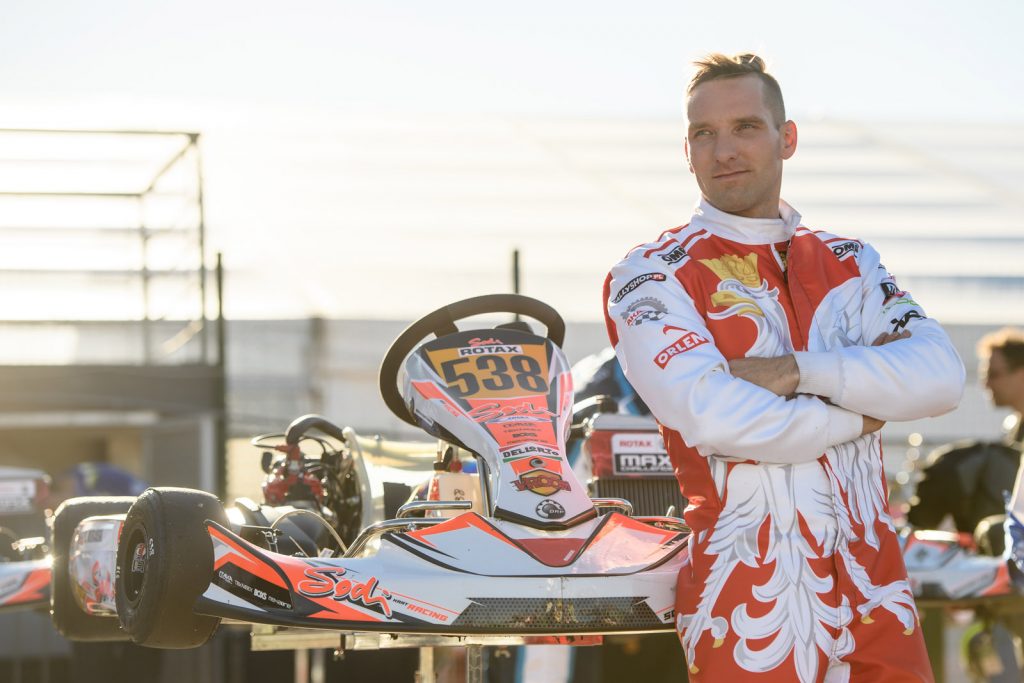 “At the very beginning, I could ride indoor karts for hours”, says Slawomir Muranski. “The track receptionists usually looked at me like I was crazy, but I really could ride non-stop for dozens of minutes. Karting consumed me completely.”

Our hero began his karting adventure back in 2010. First on the indoor karting, then on the high-performance track where he progressed very quickly. “When I was younger, sport, participating in a team, training in any discipline was beyond my reach. I played a bit of football, I won ping-pong and chess tournaments, but there was no question of seriously engaging in any discipline. My parents could not afford it”, explains Slawomir.

He went to the indoor circuit accidentally. With a friend. “I wanted to buy a motorcycle, a chaser. But some girl bought it before me. I was angry because she cleaned it from my nose. A beautiful motorcycle. I remember that I got mad at the time and bought a ticket which took me to the track in Siechnice near Wroclaw, to get some relief. Already after the first go at go-karting, I felt it could be it. And karting consumed me …”

“I started getting on the track more and more often, polishing my results in the hall, and finally someone offered me to practice in a performance go-kart. It went downhill. After some time, I found out that the girl who bought the motorcycle … died in an accident.”

Muranski began racing in two categories, Super Year and Rotax DD2 Max. After three seasons, he became the first driver to win both in the same season. Later he triumphed in the Polish Cup several times, also reaching for the Polish Championship DD2 Masters.

If we collect all his achievements, a substantial list is collected. As the first Pole to appear in the Rok Cup International in the Super Year category, he finished second in the Elite-30 classification. He participated in the Rotax Grand Final five times, winning the most tickets in the history of the Polish series – eight! He was the first Pole to win the Rotax Nordic Challenge, twice in a row and as the first Polish driver to win the Rotax Euro Trophy, the most prestigious European series of Rotax. He has, in his collection, several dozen trophies won in the Polish rounds of both karting series, many European trophies and he is only missing in his collection of success at Rotax Grand Finals, for which he has been working for five years.

The Polish champion continues his considerable achievements in the 2019 season. In six previous events he won five trophies, taking third place in European competitions three times and for the first time winning the classification of the Polish round DD2 Max as the “Masters” category. He is the representative of the Polish national team of PZM.

Sławomir Murinski is a six-time winner of the Polish karting Cup and a five-time participant of the Grand Finals, the world finals which is the most important event for Rotax drivers. He also performed in the international final of Rok Cup International in 2013, in which he finished second among the drivers of the Elite-30 class. In 2017, he triumphed in the Polish championship and won the championship of the European Rotax Nordic Challenge series.

The 2018 season was the best in his career. He won the Nordic Challenge, the Baltic-Scandinavian Series, and became the runner-up at Rotax Central Eastern Europe and won the Rotax Euro Trophy. The latter is the most important, all-European karting series made up of Rotax drivers. Muranski is the first Pole who won the Euro.

The Polish champion comes from Wroclaw. He has already eight seasons in karting. He began his adventure with karting at the age of 28. Sławomir Murański is also the promoter of karting and the founder of the largest hall karting facility in Lower Silesia – Wrocław Racing Center, which for several years has been gathering karting amateurs around. A few WRC pupils achieved significant successes in karting and indoor karting.