The 2021 driver line-up of the Tony Kart Racing Team has been defined, competing in all the main international events in the 60 Mini, OK-Junior, OK and KZ/KZ2 classes. 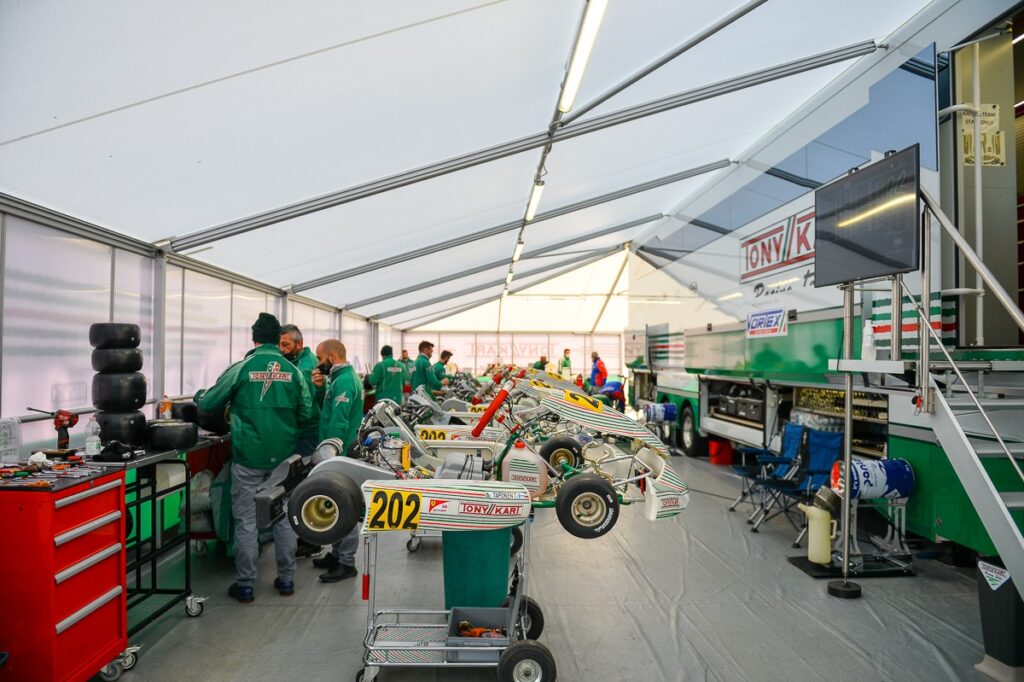 The international 2021 racing season is just around the corner for the Tony Kart Racing Team, aiming at repeating and, possibly, improve on its impressive 2020 campaign, highlighted by a memorable hat-trick in the FIA Karting OK World Championship.

In order to face a 2021 race calendar full of events, made up of the traditional FIA Karting and WSK races, as well as of some commitments still to be defined, Tony Kart will rely on the Tony Kart Racer 401R chassis, for the KZ/KZ2, OK and OK-Junior categories, and on the Tony Kart Rookie 2020, for the 60 Mini class, powered by Vortex engines.

The KZ/KZ2 division is led by Simo Puhakka and Pedro Hiltbrand, joined by the new entry Josef Knopp and the confirmed Gilles Stadsbader, the latter already part of our team in the final KZ2 events in 2020.

On the occasion of the European Championship and of the International Super Cup KZ2, the Luyet brothers, Jean and Samuel, and Kacper Nadolski will join the racing Team, while Noah Milell, on the other hand, will be lined up in KZ in the same races.

The OK category is assigned to two of the authors of the 2020 world hat-trick: the world champion in force, Callum Bradshaw, and the vice-world champion, Joseph Turney. The two experienced drivers are flanked by two young promises who are basically rookies in the category: Tuukka Taponen and Alfio Spina, both coming from the OK-Junior.

Also in the Junior single-speed class, the same set-up is repeated with the confirmed Harley Keeble joined by James Egozi who came directly from 60 Mini. In the latter category, Jimmy Helias is still with Tony Kart in all the scheduled races.