New karting series Champions of the Future has attracted a lot of interest among the international teams and drivers with up to 200 competitors already registered for its opening round in Spain! Despite the high volume, especially in OK and also in Junior being completely full, late registration is still open with places available! 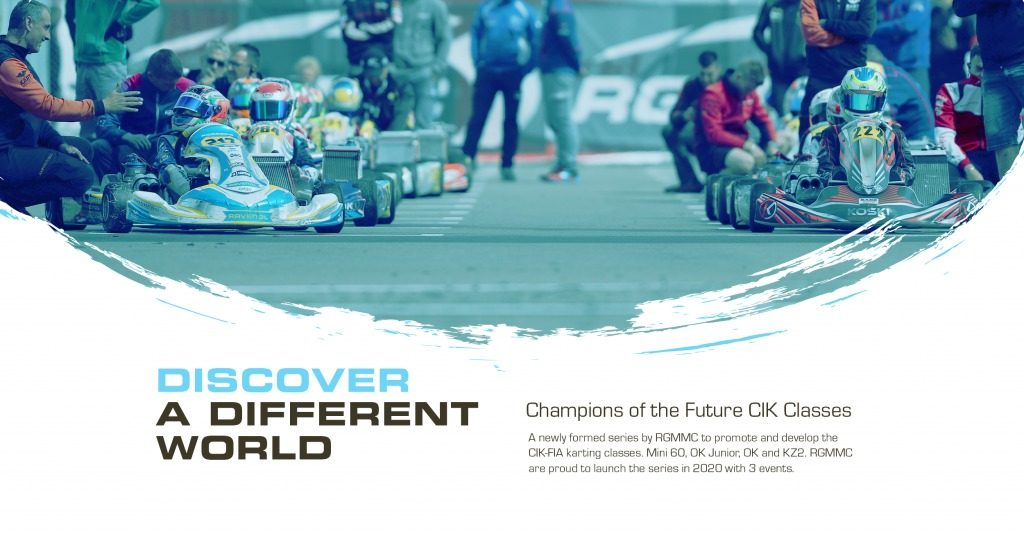 UPDATE 27/06: Discover the provisional entry list for the event at the end of the article!

Heading for the restart of the season after more than four months, the new Champions of the Future Series founded by RGMMC could not have launched with a better head start. The series presented earlier in the year aims to provide international teams and drivers with a top-level karting competition featuring high-quality standards for race format, regulations, circuits and a unique range of classes available for participants.

The first circuit of the series, Zuera, is one of the longest karting tracks in Europe with a 1700 meter-long layout, including more than 20 second-long full-throttle section, the longest in this season’s calendar! The track, located in the region of Zaragoza, also tends to offer challenging racing conditions due to its hot and dry environment and sunny weather.

On the circuit, one can expect the competition to be fierce and fascinating to follow, especially since the entire event will benefit from the world-class streaming and commentary services provided by the RGMMC Group. Qualifying, Heats, Prefinals Finals will be streamed on the series’s official website and social media pages, giving worldwide visibility to all the competitors and partners involved from start to finish!

Back in the FIA Karting calendar for the first time since 2016, Zuera will represent a great opportunity for competitors to experience the track in the same conditions as the opener of the FIA Karting European Championship for OK and Junior two weeks later. It will also however be the first international series this year to include the Mini and KZ2 classes!

The OK category, with over to 80 entries expected at Zuera including most of the protagonists of the FIA Karting Championships, has confirmed its status as one of the prime classes in single-gear karting. The class provides a fresh diversity mixing the top talents in karting.

The Junior category is where the best drivers between 12 and 14 years old get used to the requirements of competitive racing. The interest for the class is also booming with a full list of drivers for Zuera, which should produce some nail-biting racing!

Mini, accessible for drivers between nine and 12 years old, has made a new step in 2020 after FIA Karting introduced a new chassis homologation for the international scene. This led to its inclusion in Champions of the Future, the only international series to hold races for this particular class this year.

KZ2, characterized by its powerful engines combined with a six-gear gearbox, is one of the most entertaining classes in karting. Champions of the Future is the only international series outside of the FIA events to include the category. Some of the fastest and most experienced karting drivers are expected in Zuera for high-octane on-track battles!

Are you interested in competing in the opening round of the RGMMC Champions of the future series at Zuera? Registration is still available here!

Champions of the Future provisional entry list for Zuera:

The list of participants registered for the opening round of the new Champions of the Future series in Spain has been revealed. With up to 200 drivers spread into OK, Junior, Mini and KZ2, the start of the series promoted by RGMMC looks more exciting than ever on the Circuito Internacional de Zuera!