Arvid Lindblad secured his maiden OK-Junior win for Kart Republic at the Second Round of the WSK Super Master Series, this Sunday at South Garda Karting. Brando Badoer, one of the class’s main protagonists over the weekend, took second place ahead of Igor Cepil completing a full-KR podium! 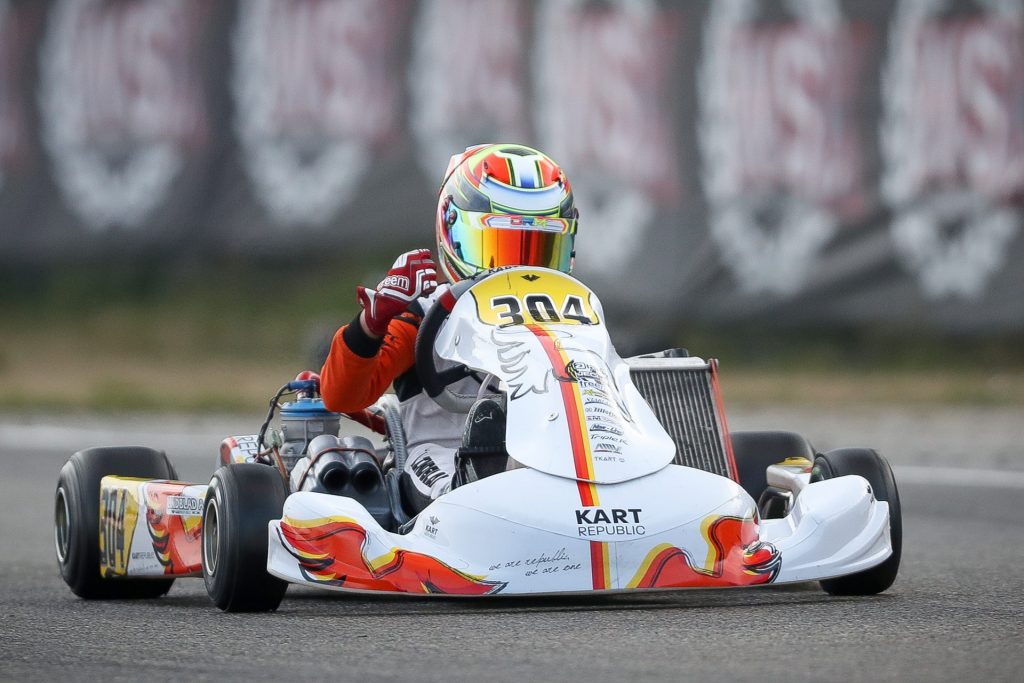 Winner of the Prefinal A on Sunday morning, Igor Cepil (KR/IAME) made good use of his pole position at the start of the OK-Junior Final in the afternoon. The quickest at lights out, the Italian led the field through the early part of the 17 lap-race in front of Brando Badoer (KR/IAME), the leader after the heats, Arvid Lindblad (KR/IAME), winner of the Prefinal B, and Tymoteusz Kucharczyk (RK/TM). Adria’s winner Alfio Spina (KR/IAME) had a good start from fifth to third but saw his hopes vanish when a tussle in the first corners pushed him down the order.

The leading trio made of Cepil, Badoer and Lindblad continued fighting as the Final went on, with Kucharczyk and Karol Pasiewicz (Tony Kart/Vortex) in the role of chasers. The battle eventually smiled upon Lindblad who, once he took the lead from Lap 6, managed to keep his rivals at bay until the chequered flag.

Badoer had to make do with the second place, followed for a tiny gap by Cepil, who lapped faster than the rest to complete Kart Republic’s domination. Kucharczyk secured fourth place in front of Pasiewicz and Maxwell Dodds (Exprit/TM) who delivered a strong recovery race from 13th on the grid.

In the provisional standings, Lindblad is now leading with 149 points, ahead of Spina, at 115, and Pasiewicz with 95 units. The Third Round of the WSK Super Master Series for the OK-Junior class will take place at the International Circuit La Conca, from March 5th to 8th.